Guess old Ringo knew of my plan, cause he was nowhere to be seen today.
He's on my list though, and that's a fact.

I spent the entire morning putting the "lost rugs" on my web site.  THIRTY FOUR RUGS.
Can you believe it?
I waver between being disturbed that I made such a mistake, and happy that I have all this NEW STOCK.
Crazy. 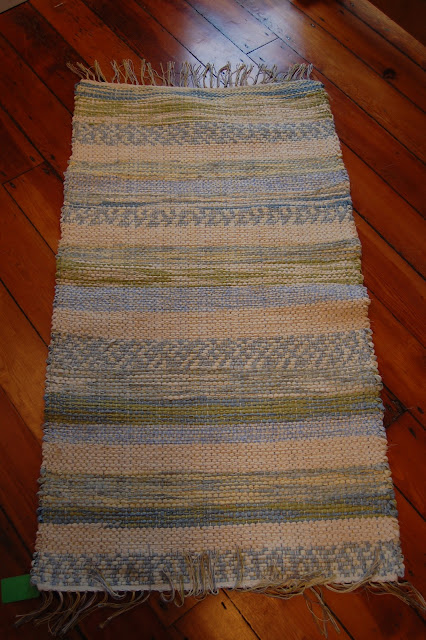 Just a couple of rugs I missed. 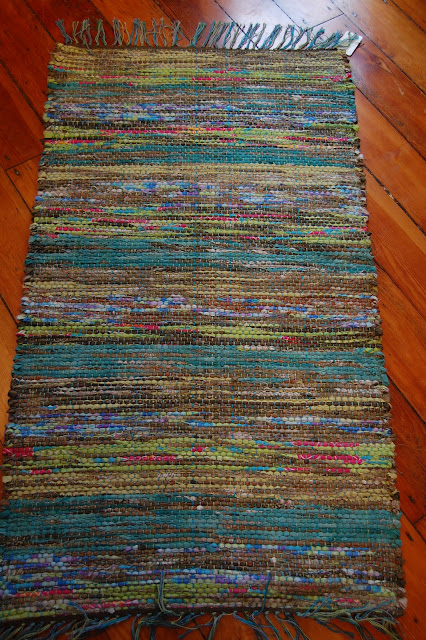 I have been anguishing over a decision I made a while back.  I decided to attend a wholesale show coming up next week.
I also have a stack of craft show applications sitting here on my coffee table, awaiting my attention.
The problem is that I try to talk myself into doing shows, when the truth of the matter is.......I HATE SHOWS.
I feel kind of stupid here, because I have this internal dialogue going on.  Do you ever do that?   Try to brow beat yourself into something that you THINK you should do.
I just don't want to.  I think it is a major waste of time.  Will I sell stuff?  Yeah, probably.  But will I sell enough to justify my spending 2 days sitting at a show and at least 1 day getting ready and tearing down.
I doubt it.
And I know that in three days time, I can be a lot more productive staying right at the studio, doing what I love to do.  And more importantly, I don't want to market myself, and my passion.  I believe in my heart that it will sell itself.  I don't think I need to market it.  Maybe that sounds crazy, but it's my gut reaction.
I do have ONE show in September, an easy peasy fun show, a fiber show, that I will do.  And cross my heart and hope to die, I will not do any more.
Amen.

I have been thinking about stories, since the one I told you about Fast Eddie.  I realized that a lot of my comical stories are due to my father. He was such a character.
I used to think that it was the bane of my existence that someone was always bound to say to me, "Aren't you Morty Cooper's daughter?"
But I have come to realize, in my advancing years, that I think of myself............still............as Morty Cooper's daughter.
Ha!!!  He would have a laugh to hear that. 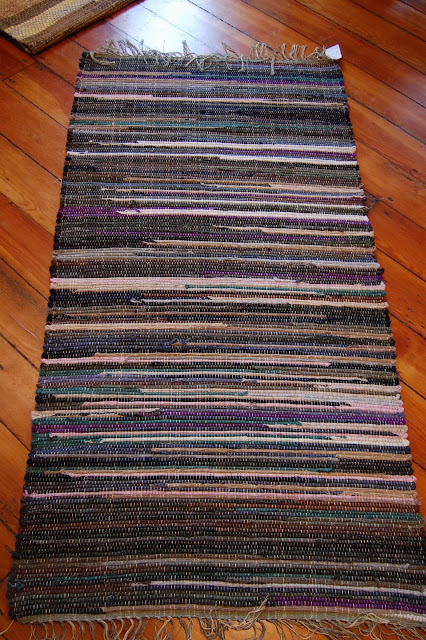 Sometimes, I see him in my own children, if only a glimpse.

Love that you see your dad's legacy. And congrats on all your new(found) stock! :)

I think I do the brow beating stuff a lot. Sometimes I give in to it, other times no way.
My problem is, I would think the show was going to be such fun and then brow beat myself for going and wasting my time!
My dad is a kick. Isn't it wonderful?

I agree with you on the shows...so much work, and that's time you could spend weaving! I used to do shows but each is such a wild card - you never know about the crowd or the weather or the...

Do NOT go to the shows. Except for that you want to do, the fun one. I love your honesty.

Your boy on Idol - damn he's good. (You are the Scotty fan, right?)

Hilary, I say, don't do the shows. Follow your heart. If there is one that you actually enjoy - as in the location and the people and other stuff you can do there, that's the only one I'd sign up for.

Have I told you lately how absolutely WONDERFUL your dishtowels are? They stay fluffy and absorbent and beautiful wash after wash! LOVE THEM.

I hate making decisions like that. Do I stay or do I go? Most of the time, I say no! love your rugs, absolutely beautiful!!

The day before I was due to fly to the other side of the world alone to visit my daughter; ..I was so terrified that I was tempted to call the whole trip off. Then I remembered this....once upon a time there was a suitcase that never went anywhere., and so it became a just-in-case !
With this quote in mind, I boarded the plane., and wow ! what an experience. Now I'm back home. Safe and sound. I'm so glad I said YES.
Love the rugs by the way. x

Due to being out of town, I'm a little behind on blog reading. I love seeing all the rugs you weave but two in this post I just have to comment on.

The first rug pictured almost seems to tell a story. In one part, I can almost see a rosepath design. In other parts, it's like there is a secret message encoded. I can almost see the letters, I know there is something there, I just can't make it out. There's a story there, but it is not meant for me to read. The lucky owner will know.

And as I said, I do enjoy seeing all your rugs. But that last one, the mostly dark one, is one of my absolute favorites.