The other day L was telling me how "hoboes" used to come by her house, when she was a kid, and her father would let them sleep in the barn. 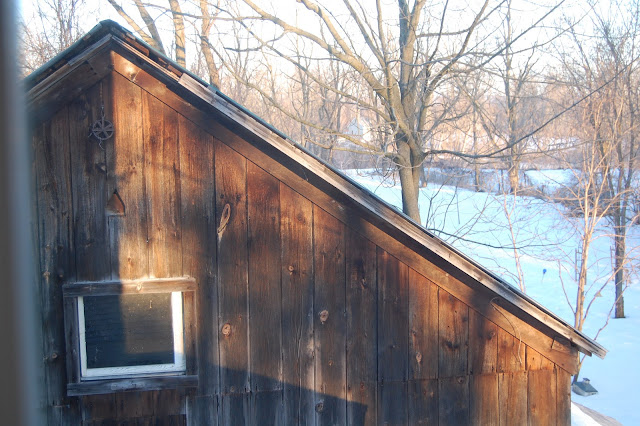 I said, "Ha!  I did that once, and he stole my car."
Her theory is that the hobo of that day and age was an honorable one.

Could be.  But let me tell you about mine.  And if I have already told you this story, I am sorry.
The mind is an awful thing to lose, isn't it?

Way back, in the 70's, I decided to start a furniture stripping business.  Yes, I really did.
I had a tank made, and put heating elements in it, like a hot water tank.  It was pretty huge.  The furniture was immersed in the water, to which a chemical had been added, and the finish was thus removed.
No OSHA back then.
Anyway, one rainy day we were down at the bottom of the driveway, hanging the sign.
THE STRIP JOINT.
Really.
And this "hobo" stops by and gives us a hand.  With a story that he had left his sailboat at the campsite, with all his belongings, and he was really in a pickle.
So I invited him to dinner.  He looked pretty frail, and hungry.
After fried chicken and mashed potatoes, we offered to let him camp out in the barn, out of the weather.
Which he did.  He said his name was Eddie.
The next morning, Eddie was gone, and so was my car.  He had driven off in my old Chevy station wagon, and after a while, it was obvious that he hadn't just "borrowed" it.  He wasn't coming back.
Right about then, I got a phone call from the Colonie police, about 2 hours south.  Seems Eddie had eaten at a diner, and got up and left without paying for it.  So they arrested his butt, and threw him in jail.
"Is there some reason he has your CAR?????"
Feeling very stupid, I got a ride to Colonie, to fetch my car.
When I got there, and did all the paper work, the officer pointed outside to my car, and handed me the keys.
I said, "Um, what about the boat?"
He said, "What boat?"
I said, "The boat on top of my car."
He said, "I don't see no boat."
I walked out to my car, then back to him.
"What about all that stuff in my car?  There's a TV, and it is packed full.  And there's a sail boat tied to the top."
He said, exasperated, "Lady, I don't see no boat, I don't see no TV.  I don't see NOTHING.  Now would you mind getting your car out of here?"
Dear Lord.
So off I went, driving my car the 2 hours north to go home.  By this time it was dark.
When I was almost home, about 1 mile away, I turned a sharp left onto my road, and the sail boat kept going straight.  It flew through the air, and landed right on the railroad tracks.
So much for Eddie's skills in securing things to the top of a stolen car.
Fast Eddie.
Many times over the years, the subject of "Fast" Eddie has come up.  It has been good for a few laughs.
I never heard from him again.
I took the boat to Maine with me when I moved.  The following year, my father came to get my horse, and the boat.
Did I tell you about my father?  That he was something of a character?
Well, he got a horse trailer, and towed it to Maine to fetch the horse, but he neglected to put the right size ball on the hitch on his truck.  So 10 miles down the road, the trailer came off the truck, sailed PAST HIM in the other lane,  hit the ditch and tipped end over end.  As he pulled over to the shoulder, he angrily flung his Pepsi out the passenger window, which he thought was open.  But it was not open.

The horse survived, but had to be medicated for every trailer ride the rest of his life.
When the police were done with my father, he drove back a few miles to a welding shop, to get the trailer fixed.  As he was zooming down the road, the sail boat came OFF the top of the truck, landed in the road in front of him, and he drove straight over it. It was now in two pieces.

He stopped, other cars stopped, and he gave it to the first person who would take it.

So, I didn't even get to keep Fast Eddie's sail boat.
So much for hoboes.

Hysterical! So glad you lived it and not me...

What a great story! I laughed so hard my eyes are teary. ;o)

now that's one for the books! great story!

I blurted out a laugh and my daughter looked at me funny. Thanks for that, I needed a good laugh!
I wonder what Fast Eddy is up to these days.

Oh geesh.. your family should not be attaching things to your vehicles! What a comedy of errors.

That is an incredibly funny story!! You have lived a very colorful life! Love it.

oh my!!!! I laughed so hard I almost peed! You have GREAT stories, keep telling them.

You need to be writting a book.

I pictured every one of those scenes. Enjoyed the visit.

Congrats on the POTW.

A great story, but I'm worried about the cop who couldn't see a boat on top of your car! :)

As they say..."no good deed goes unpunished"!!! Ha!
What a great story!!
I could see it all quite clearly!
Congrats on your POTW
Hugs
SueAnn

Now that was a truly great story, and the moral was that no good deed goes unpunished. Really made me laugh out loud.

Many congratulations on a POTW mention.

I am wiping away tears (and mascara) from laughing, you tell a fabulous story ...

OOPS ... congrats on the POTW mention!

A fabulous tale to enjoy.

Good Lord. Hilary (the other one) billed this as a good laugh. That it was, and then some.

This really ought to be a short film... or something. You just can't make this stuff up.

Congratulations on your potw.

What a wonderful story! You tell it well.

Good lord, that sounds just like something that would happen to my family! Congratulations on POTW!