Sicker than the proverbial dog.
Ack.
My mother always said you can catch a cold faster from a child than anyone else, and apparently that is so true.  Super germs.
I watched baby Dale last Monday, she had the sniffles.  By Friday I had the sniffles, and they were deceptively mild, for days.
Then Monday night, as we were in the movie theater watching "The Revenant", I began to feel sick.
By Tuesday morning there was no doubt.  Now I am full tilt miserable.

So....." The Revenant"........I concur with a Facebook friend's comment.....the cinematography was incredible.  DiCaprio was amazing.  But on the down side, I did have to close my eyes a few times, there was no way I could intake some of it.  Very violent and graphic.
That being said, no one deserves an Oscar more than Leo.  Truthfully, he had to have frozen his butt off for the entire shooting of the film, which took MONTHS in the worst conditions possible.  The film does have that WOW factor, making you wonder how the hell they did what they did.
I came right home and googled, and found that in truth, no animals were killed in the making of this film, but you sure thought that there were.

Yesterday I spent most of the day on the couch, sleeping intermittently, knitting.  I am knitting an OWL hat that I found online. 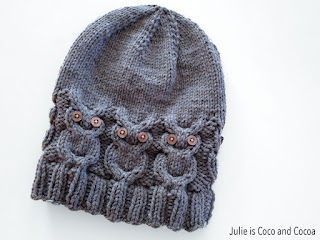 Mine is a lighter gray than the one on the pattern, and while the instructions say it is for a woman, the one I am making will perfectly fit Dale, who is TWO.  So I have to adjust the pattern to make a bigger one.  It is really pretty fast and easy though.


Someone asked for my scone recipe, but since there was not an email to reply to, I posted it under the RECIPE tab at the top of the page.  Note that I have adjusted the recipe to suit myself, after making it a bunch of times.  And you can really add whatever you want, although I must admit the cranberries and pistachios might be my fave.

The other day I made this broccoli cheese soup, and bread.  The soup might be my absolute favorite ever.  It was so good, it didn't last long. 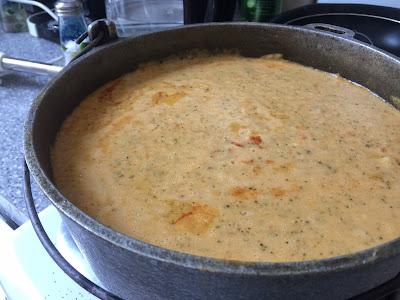 Both these recipes are on my Pinterest page....link on the right side, top of this page. 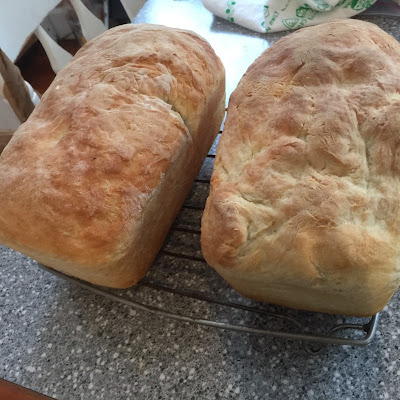 I did manage to finish 10 towels off the AVL before this respiratory bug hit. 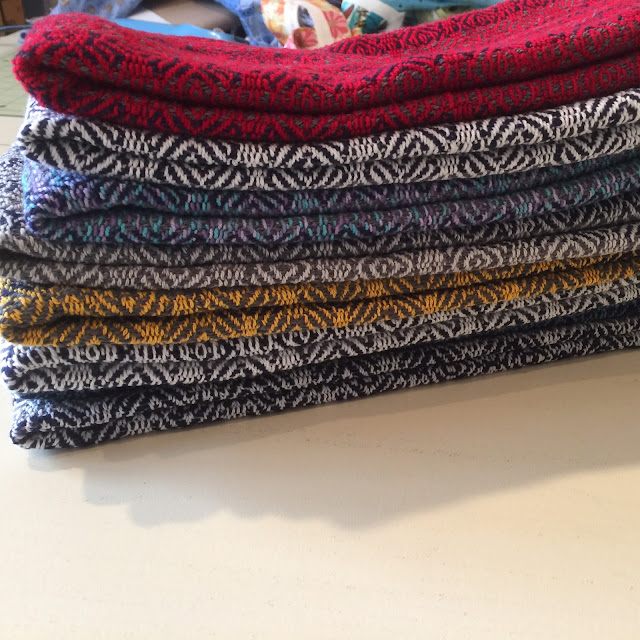 They are nice, but I like the gold warp better, it was a lot more fun.  I better learn to like it, there are 35 more towels to be made. 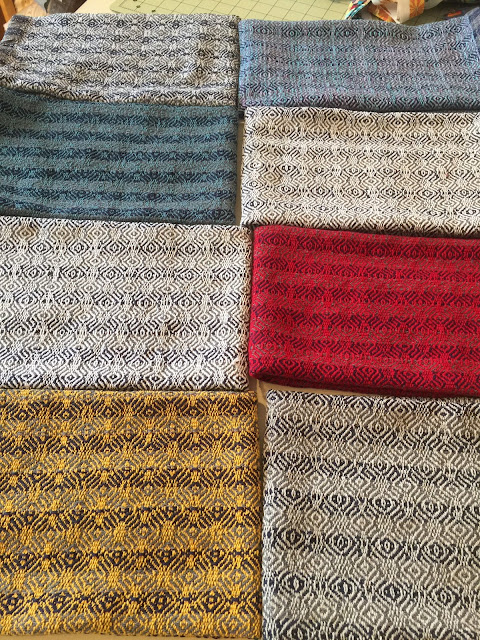 I don't adapt well to being sick.......I want to do things, and there is always so much to do.
But when your body says no loud enough, you sit.

This is my view when I SIT in the studio by the fireplace.


ROY, baking until he is hot to the touch. 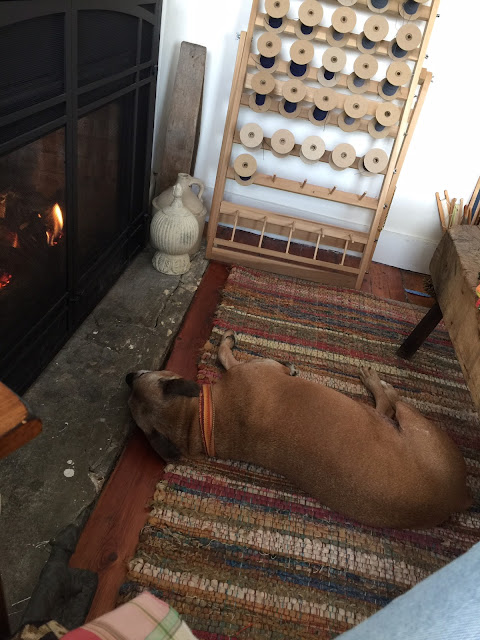 Sydney, lounging on the BACK of the chair. 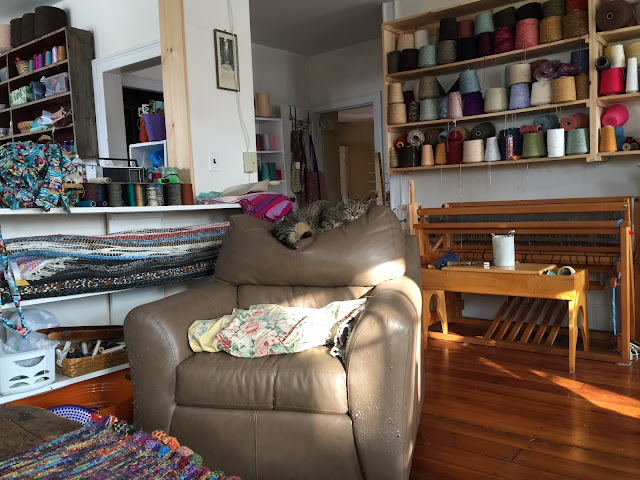 The AVL waiting for me to get off my butt and get to work. 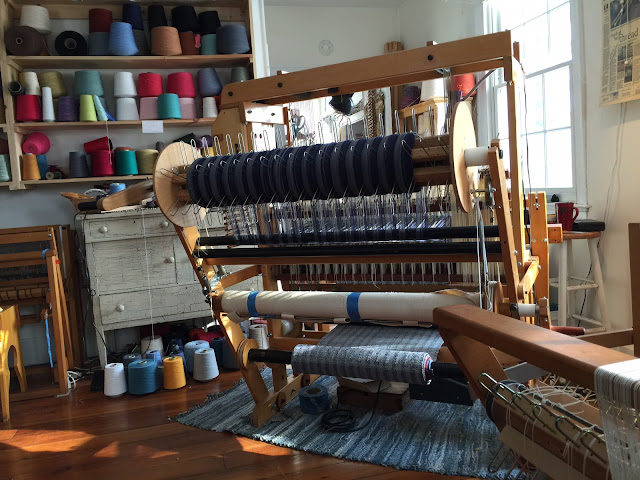 The Schacht 36 waiting for LOIS to get here. 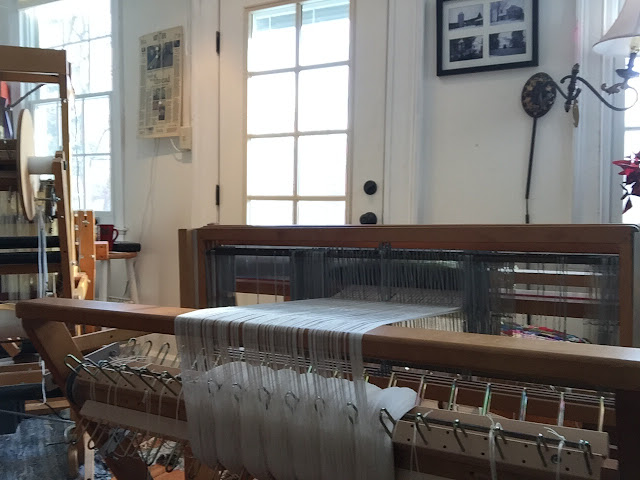 One thing about getting older, that I guess I should have expected, having lived with my mother for the last ten years of her life, is that we get nostalgic a lot.  It's not that I don't appreciate what I have in my life now, or that I am unhappy with it.  I love my grandkids and my daughters just the way they are, but still, there is a part of me that misses times gone by with them.

Here is a throwback, me and AVA in Niagara Falls.  She is going to be 11 next month. 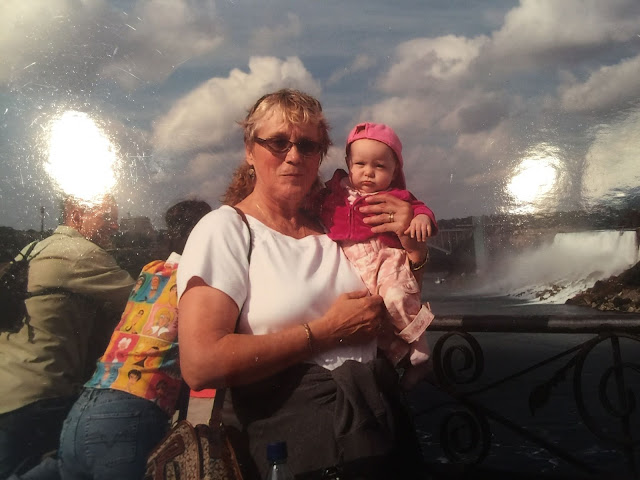 Where the hell has the time gone???? 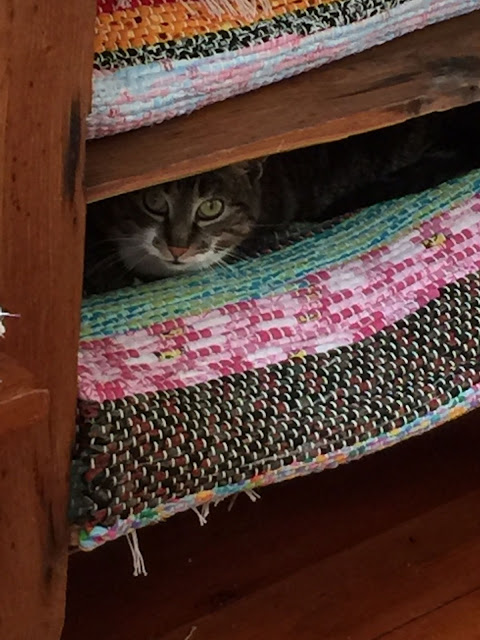 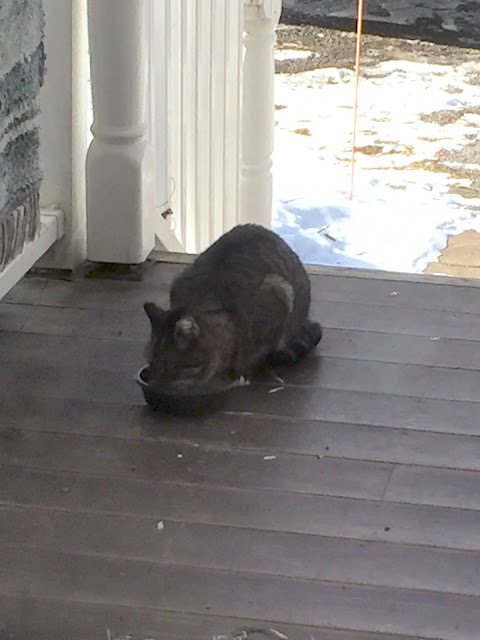 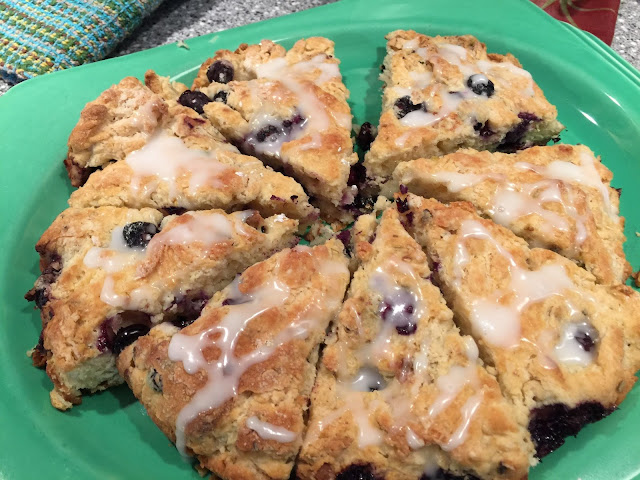 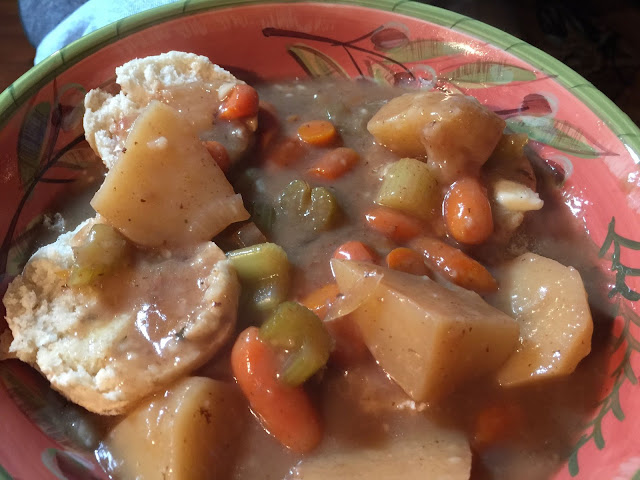 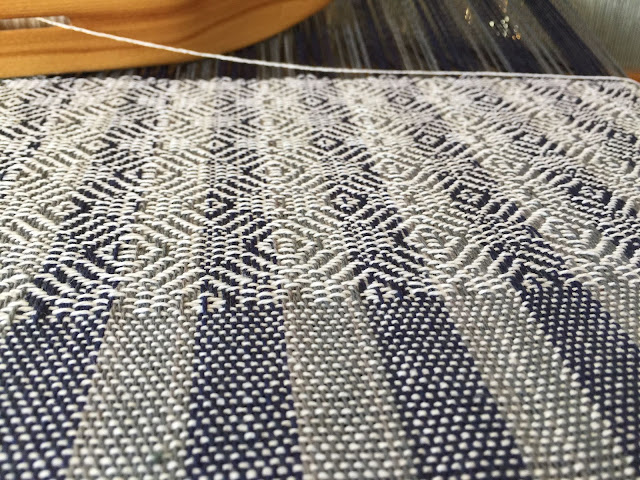 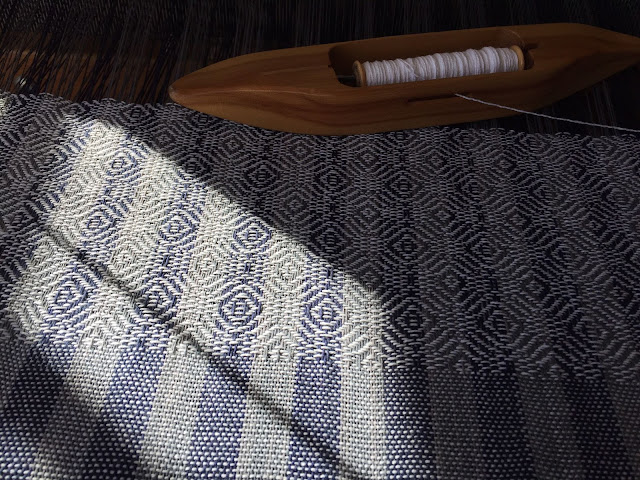 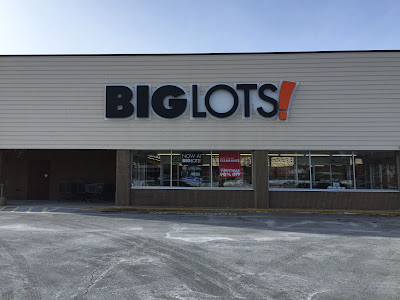 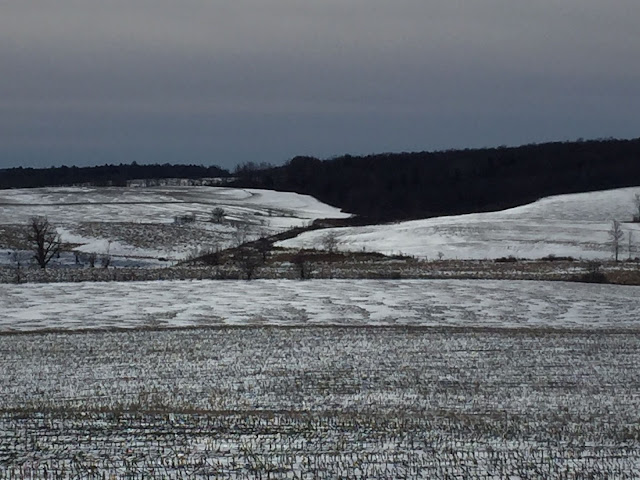 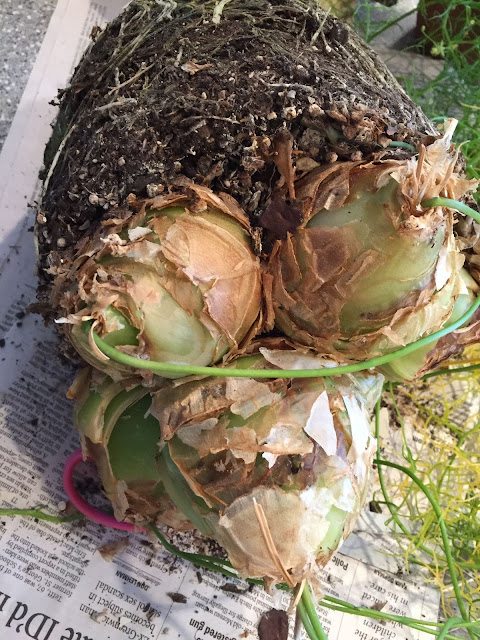 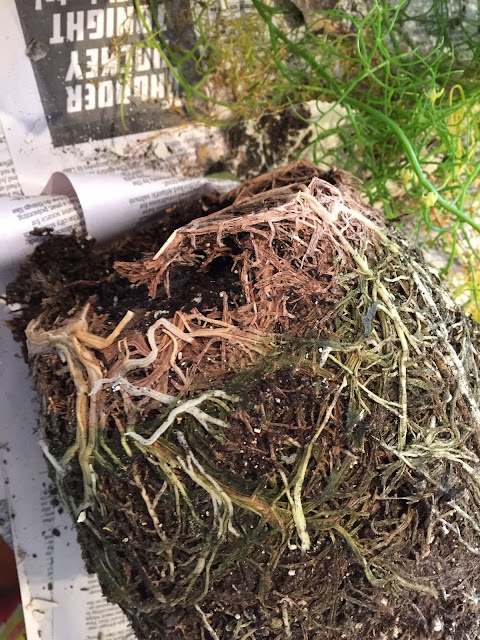 January is half over, and we just got our first snow.   It's pretty, but I could have done without it.
And it's cold.

Living in this old house is an experience. Central heat???  Ha!!!
There is heat, but the temperature in every room is different.  In the old part of the house, that is now my working studio, it is cooler, unless you turn on the gas fireplace.  I don't like to turn it on, because I think I can hear "ching, ching" of the cost of propane.   And usually, we don't need it when we're weaving in there, it gets too hot with it on. 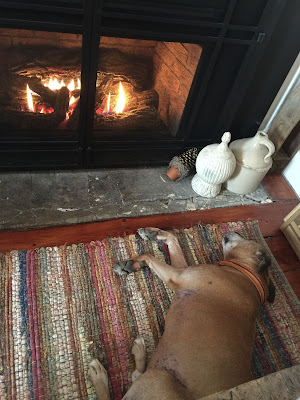 So we try to accommodate him.  Wouldn't you?

The warmest room in the house, and the place to be if you are chilled, is the living room.  That's where the pellet stove is, and it's toasty. 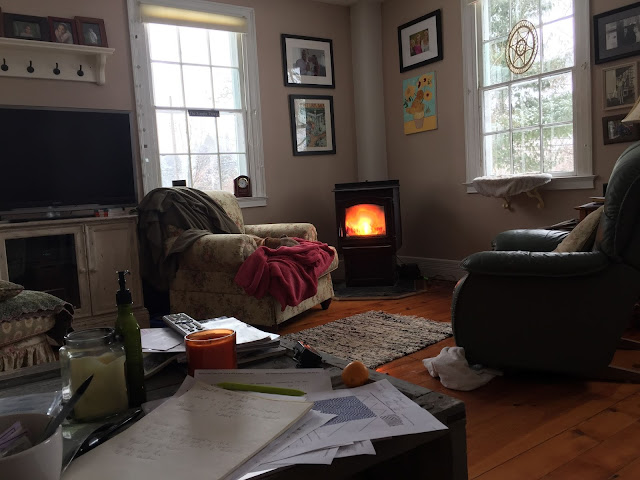 This is where we spend our evenings, and where I knit in my pajamas.
My life is so exciting.  Ha! 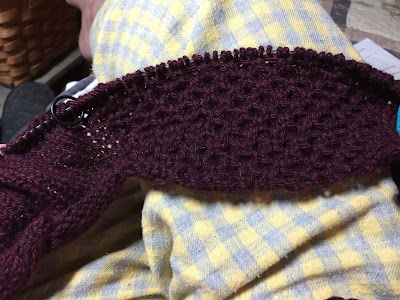 Even though I have downsized my business,  and slowed down my life, I am still busy, in a good way.  I guess you would say that I always have a purpose in mind.  I am not into "willy nilly".

There is so much to do in a day.   I can honestly say that I am never bored.

There are bird feeders to keep filled. 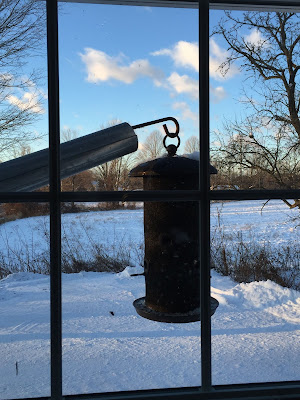 Raw energy salad to be made. 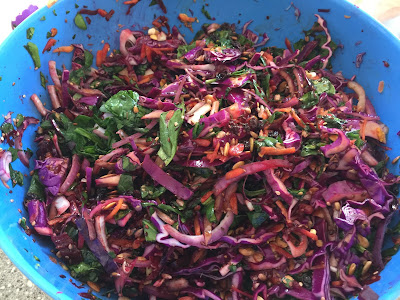 Placemats to be hemmed as soon as Lois gets done with them. 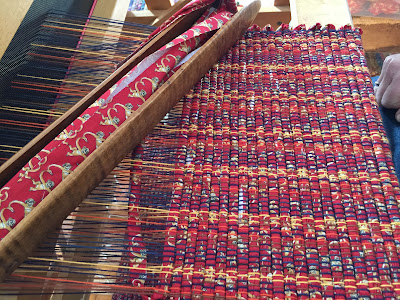 And towels to be woven. 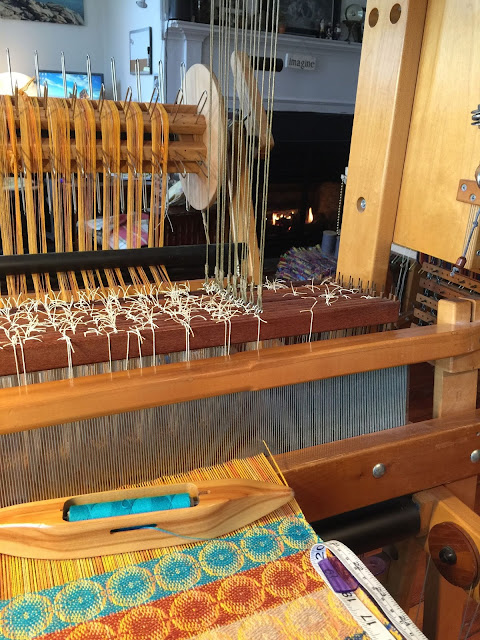 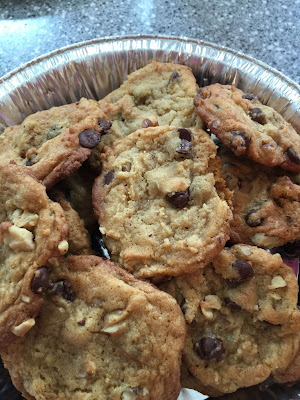 And baby grand girls who need to spend time in the chicken coop.
" Come in, Mimi." 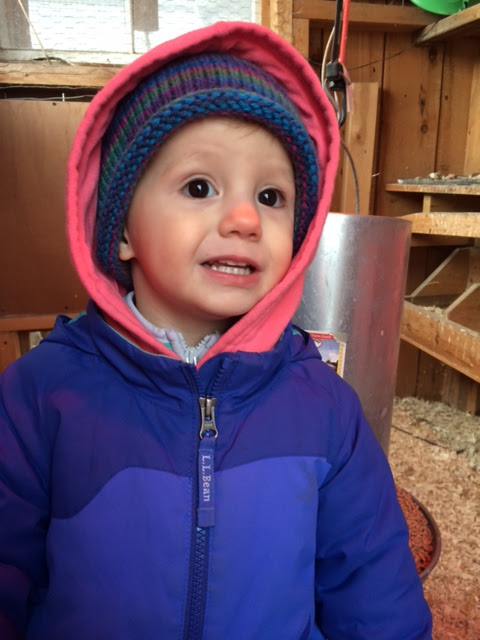 I  get afraid sometimes.  I think it's part of the human condition.
We worry about our health, our family's health.  We worry about money, and bills, and a jillion other things.  As we get older, we lose people, it's just the way it is.  I know people who won't go anywhere, in case the cellar floods, or the power goes out, or whatever.
When I find myself persevering about some imagined difficulty, worrying about something that hasn't happened, I pull myself right back.

Feed the birds, take Dale to the chicken coop, make cookies, weave towels, make that raw energy salad...................
Do the things right in front of you, because really, that's all you have.

Worry and regret:  huge waste of my precious life.