Priority mail and other things.

I have had two of my grandkids since yesterday.  Due to certain family needs, I was asked if I could keep them for another night.
I figured that my husband would grimace, to say the least.  And I was pretty sure that the kids would say, "we wanna go home."
So I called DH, with the news, and he said, "That's fine.  No problem.  OK. Sure."
WTH????
I went out into the living room, to tell the kids that they were staying another night.  I tried to broach it to them gently.  Their eyes got big, they they yelled............"YAY!"
So, the message here, is what the heck do I know???
Not much, apparently.


The other day I was searching for empty cardboard spools, to put a towel warp on.  Even though I have a lot of them, most of them had thread on them.
Because I have been using up partial spools of rug warp for the last month, I had a bag of those tubes, which I usually throw away.
And I had an idea.  Maybe it was time to do some recycling.
So I got a Priority box, the medium size, and used a spool that I had as a template. 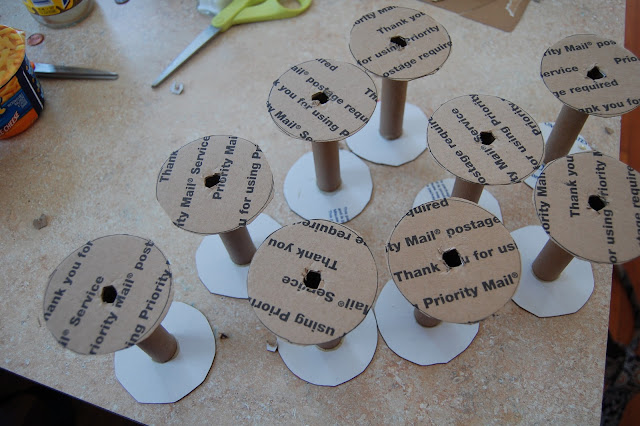 I used some gorilla glue, and left them sitting on the counter overnight. 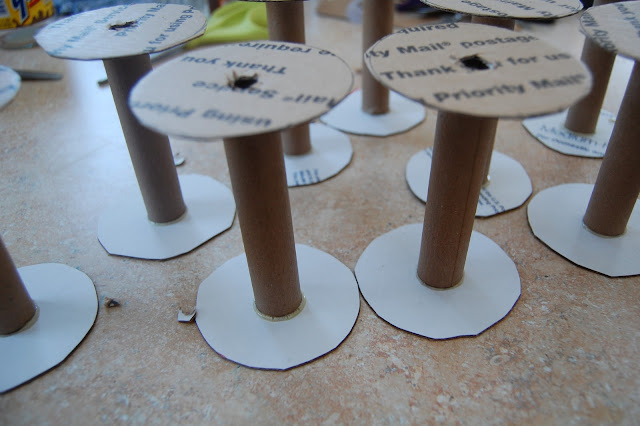 I made about 20 of them, and they seem pretty sturdy.  I wound a few, and they are as good as the ones I bought.  This makes me very happy.   I love to repurpose. 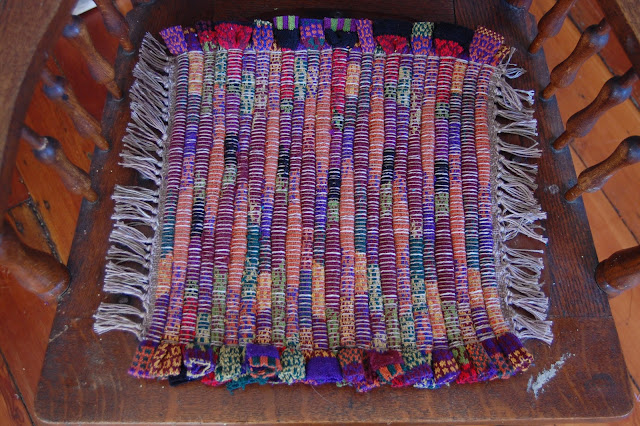 And I found a model for a hat fresh off the knitting needles. 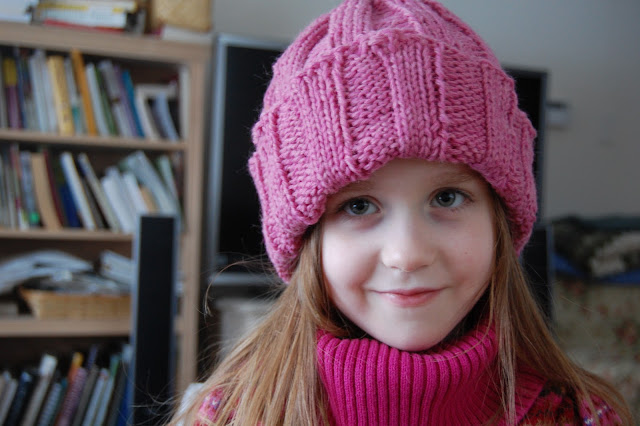 She could probably sell you just about anything, ya think? 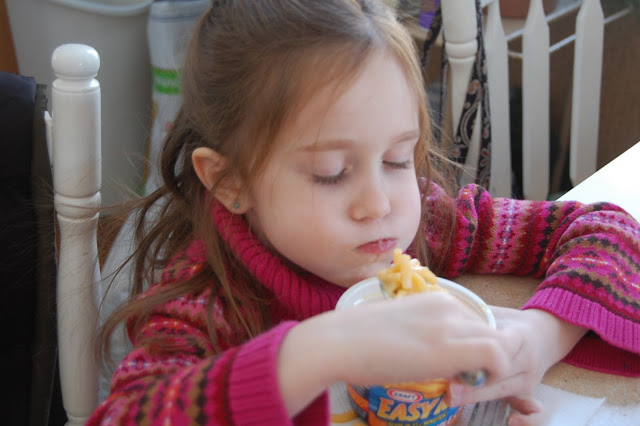 I am not gonna lie to you, they wear me out.   They make a lot of noise.  One minute they are playing great together, the next minute it's war.  They make incredible messes everywhere, and I am right behind them making them pick up after themselves.  I try to balance their time,  between playing computer games, playing outside, and amusing themselves, which they actually do quite well.
They are really pretty sweet kids, and I love having them.  I don't know how long I will be able to keep up with them, but so far I'm doing OK.
I know too well how quickly they grow up.
I missed a lot with my own kids, working two jobs.
I won't make that mistake again.
Weaving can wait.
I know.........do you believe I said that?
Well, I did.  And I mean it.

you go, grammie!! Lovely grandbabies on display in this post and last. I would cheer for an extra night at your house, too!

Too cute! You are wise little grasshopper, the weaving can wait. May you all enjoy your time together.

I wish I had grandkids to come stay with ME! Little people are so awesome, even though they make lots of noise sometimes. All that passion! Gosh, i love it!

And I love the hat and the chair pad and you were so handy to make those spools. Way cool!

You better mean it. Just for now, ok? Besides you need to rest your back. Right?
I remember how hard it was raising kids and having them underfoot, ranging from angels to devils. It was tough but oh, so rewarding.

Being a Grandparent is one of my greatest gifts, but I agree - it's tiring. I don't know about you, but I'm not 25 anymore!

Beautiful kidlet... such sweetness. And clever you to design those spools.

This Meme can relate! My husband & I get the grandkids on the bus each morning & off the bus in the afternoon & watch for @ 3hours. Fun, but some of the fights....

They're really beautiful girls. Handfuls, no doubt, but precious too.

Your grandchildren are precious!
Great recycle, making your own spools.

Beautiful girl - awesome grandma - you have to be doing something right to get that response to another overnight.

Grandchildren are beautiful... but they can suck so much energy out of a grandmother AND grandfather. Don't let this wear your energy down... okay?

What a cutie!!!! Yes to enjoying grandbabies! None for me yet so I'm jealous but love your pictures! I'm all for naps in the afternoon! xo

How cute! PERFECT model for your new hat!

I get to find out the sex of my first grandchild tomorrow morning - so excited!!!!

What a beautiful face and hat too. Enjoy them and after they leave take a nap.

I do believe you mean it. It won't be long before they're too busy to spend a weekend with you. You're smart to enjoy this time because all too soon it will have passed by. And yes, I believe those smiling eyes and that cherubic face could sell me anything!

enjoy your time with your grandkids. She is beautiful. My grandson is my favorite person in the world...love the chair pad, might try to make some for my kitchen chairs. you are so creative and generous to share ideas. thank you Hilary