All the news that is, and some that ain't.

OMG, I lost a follower.   Guess that's what I get for taking a few days off.
Or maybe it was the never ending cat pictures.  Or the parade of rugs.
Or my half assed philosophy of the world.
Well, whatever.   I am really not into watching the numbers.  As long as I know someone is there occasionally, I am fine.
Although, in the beginning, I was blogging away, and no one was reading it.  And I still kept at it.
So maybe it is a moot point.
Anyway, I kind of lost my groove when I got back from Maine.   I seemed to be scrambling to get anything done.  Sometimes I just feel overwhelmed with responsibility.  There  you have it.
There is yet another stray cat eating on the porch.  Another tiger.  Another scrawny tiger.

One of the things I had planned for this month, was getting the old coal furnace removed from the cellar.
It hasn't been used in many a year. 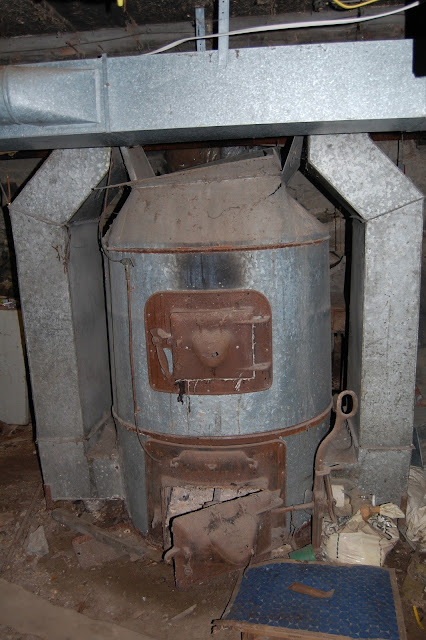 It is not only defunct, it is in the way.

So I put it on Craig's List, for free, and I was deluged with emails.
After sifting through them,  I made some calls.  Two were time wasters, and the third was very worthwhile.  He looked at it last week, and took it away today. 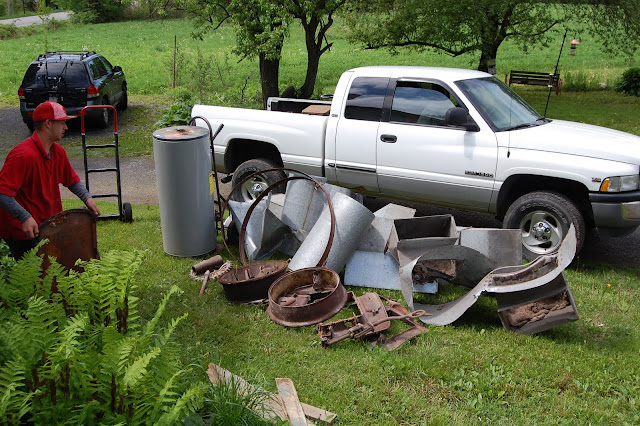 He had to take it apart, there was some horrific noise, and his helper here dragged it out.  He took two truckloads of metal away.
I know that he just took it to the scrap metal place, and got cash for it.  But I say, more power to him.  It was not a fun job, and I needed it done. 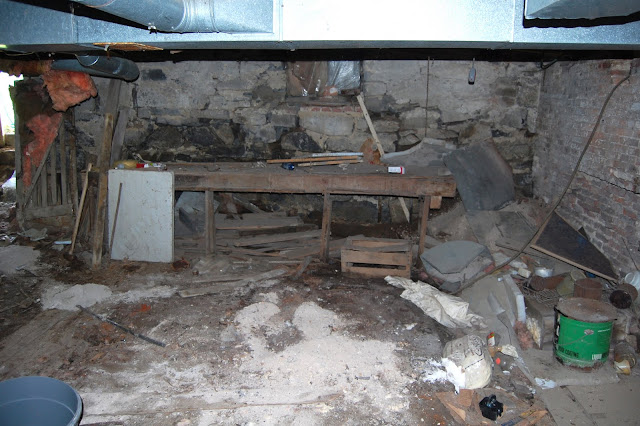 And now I can actually SEE the mess that was behind it.  There is a cement slab that was under it.  I didn't know that.
Now I can get the cellar cleaned out, and put that behind me. YAY. 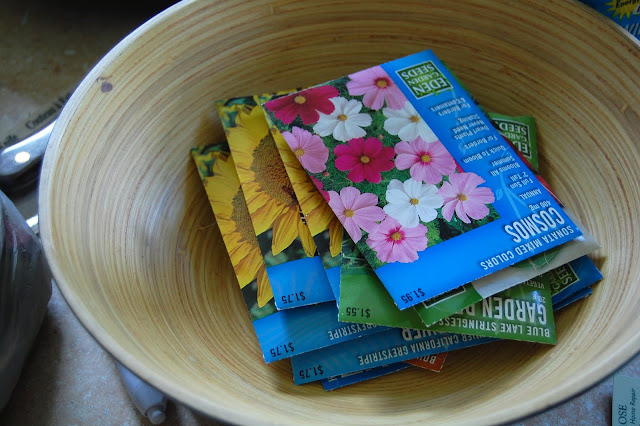 Gabby and I planted some flower seeds while it thundered and threatened rain. 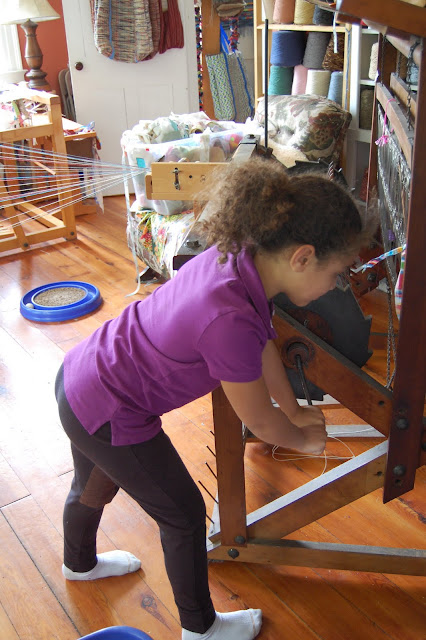 And then she helped me put on a warp.  I am serious here.  She really did.  She insisted, and while I was hesitant, I soon realized that she was quite capable.   Once she started, she wanted to wind every section.
This could be HUGE, ya' know. 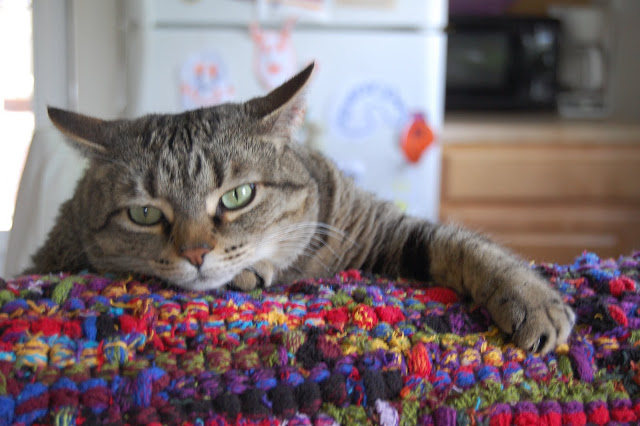 And if you want to know where I got the title?
Sydney says:  It was my idea.  Ya' got a problem with it???

Welcome back! It's a lot of work to post so often. Enjoy your grand daughter.

That was a huge furnace! What do you have planned for the space? (BTW, I love that stone wall behind it...that must be part of the original part of the house, right?)

I am kind of glad there aren't many houses with cellars here where I live. I get the heebee jeebees just thinking about going down into a cellar. Can you say claustrophobic? I can.
Glad you got one more thing marked of your to do list. Gotta love those guys who collect metal. I have one that has saved me countless hours of loading and unloading stuff for the dumps, and it is so much more satisfying knowing that the stuff will have another purpose in life when it is reused.
Your grand daughter is great wanting to help out. She is getting some wonderful lessons from you. I loved helping my grandma with all her projects and I learned so much from her.

You've got another weaver in the family! I say nurture it, Hilary.. it's a wonderful craft and not many have the equipment to do/teach it.

Nice to have it gone I'll bet.

Go Gabby! I hope she keeps her interest in this.. I know she's still very young, but you just never know. :-)

Hey, I read you all the time, I just haven't signed up to be an Official Follower.

I'm with Lynn...I read you every day and am not a follower; too much of an old hippie, anti-establishment girl to be labeled THAT!

Keep bloggin' for you, not followers - as a form of creativity and self expression.
I love the privilege of seeing snippets of other peoples lives (all so different) and am constantly surprised by the common humanity/struggles in the midst of it all.

I just love your blog. Although I don't comment as much, I do read your posts. That is so cool about your granddaughter. They are certainly little sponges in the learning department at that age! ~Lili

Gabby winding that warp is calendar photo fodder. Made me smile big.