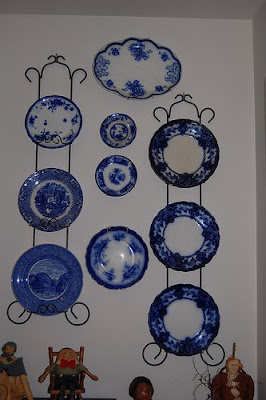 
Early morning.....not even 8am, and I am at the studio. Picking up, cleaning the kitchen, 2 cats and a kitten around my feet. The grass looks wet outside the window, but the sun is actually shining through the trees. There isn't much traffic this time of day, and honestly, I hardly notice it anymore. Me, who used to think she couldn't live on any road that there were more than a dozen cars by in a day.
Just goes to show, that life changes, and we adjust. And sometimes, it turns out better than we could have imagined.
I love the quiet here on a morning like this. Over the top of my computer screen, I look out the window, and see the cemetery across the way. There are people there who lived in this house 2oo years ago. Their name was Bellamy. I did a little research on the family when I first bought this house. One reference I found was to Edward Bellamy, who wrote the book Looking Backward.
Set in Boston on December 26, 2000, but written before the turn of the nineteenth century, this classic Utopian novel is more significant and relevant than ever with its reappearance this millennium. Addressing moral and material concerns of late nineteenth century industrial America through romantic narrative, Bellamy suggests a fictionalized society in which war, poverty, and malice do not exist.
I actually could not find any proof of this, and wonder if down through the years, this was just a figment of someone's imagination. Edward Bellamy wrote the book, but I doubt that he was related at all to the Jonathan Bellamy that built my house around 1790.

I had a good day today......in spite of a disturbing phone call.
I am "orderless".....first time this year. Perhaps the poor economy is catching up to me.
But it is an opportunity for me to play at the loom, and this is what I have been doing. 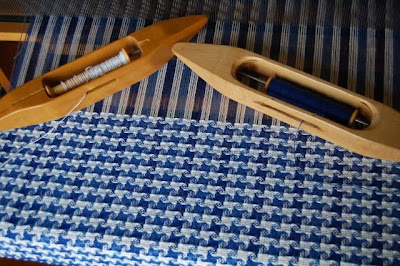 I have been wanting to make these pinwheel dish towels for a long time. I used cottolin, half cotton, half linen. I can't wait to get one off the loom.
Do you like them? 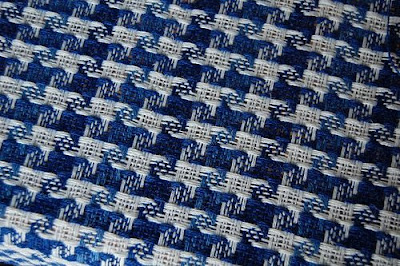 Later in the afternoon, I dragged myself away.......I was having a lot of fun with this. But I needed to take a chair to my friend in Ticonderoga, an hour away. She broke her hip, and needed a recliner. So my husband and I took the trip. It rained most of the way up, and back.
This is a view of Lake George, from her front steps, looking south down the lake.
I grew up here, climbing these mountains, swimming in this water. Ticonderoga, originally Tjeonderoge, or Te'c'cungha ro ge, means the place between two waters, or two waters flowing into each other. 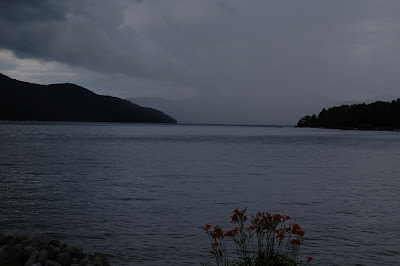 And here is the other lake, Lake Champlain. This is South Bay, at the most southern point. 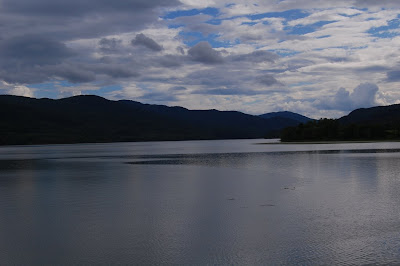 Our mission accomplished, the rain stopped. I walked the labyrinth, and stopped to look at some flowers. I love my "not so secret garden". I am thinking of getting a sign that says just that. How can it be secret, I tell everyone. 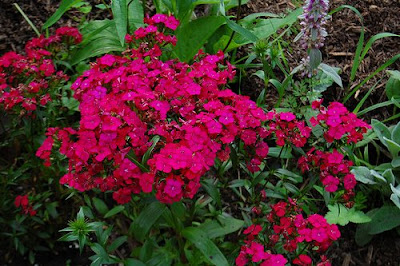 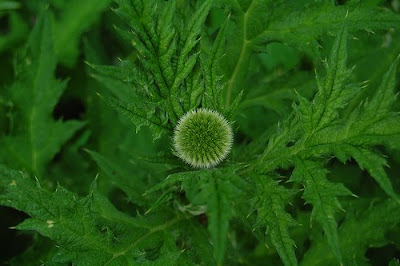 Finally, I headed home.......the sky over neighboring Vermont made me stop by the side of the road, to get this shot......in the distance, I could hear motorcycles coming at me......... 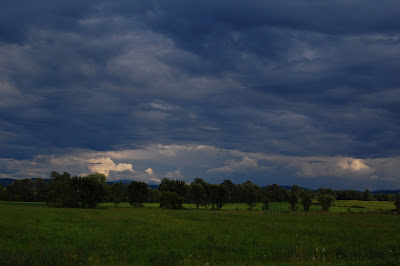 So I just kept shooting.......I am not much of a fan of motorcycles, but this one appealed to me.......some days you just want to ride away. 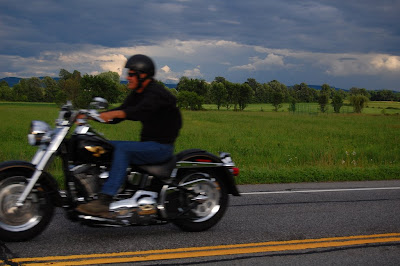 I have never seen a more beautiful dish towel. They would be too pretty to use for dishes. I would display them and just worship them!

The lake photos are wonderful.

Is that a thistle I see in your secret garden??

I do indeed love the dishtowels. They match my kitchen too. :)

I remember both of those lakes from my childhood. I've spent time in Lake George and in Burlington, Vt. When I was ten, we happened to be in a Burlington park, just by Lake Champlain when President Johnson was there to give a speech. At that age it was a big deal to me.. even though I became bored very quickly. :)

Sorry to hear about your friend. She's very lucky to have you as her friend.

The photo of your plates look like something out of Country Living magazine. I love them!! And your great towels match them. That pattern looks wonderful in blue.

Thanks for sharing your pictures of Lake George. Beautiful country.