Just another day in Paradise. 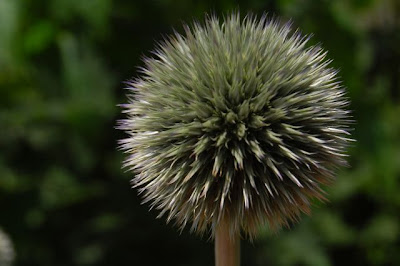 Just when I thought I was going to have a quiet, mind numbing (I wanted mind numbing) day at the studio, the phone rang.
My daughter had been up with my grandson all night; he had a severe headache, and he had been vomiting all night. He is eleven, and not generally a complainer.
I sprung into "ER nurse mode", asking her all kinds of questions.
The tidbit of information that made my blood run cold, was that, yes, he had "bumped" his head yesterday afternoon.......but he said he was OK.
Not.
So she took him to the ER at Albany Medical Center, where they did a neurological exam to see if the head injury was causing him to be sick. They also did a CAT scan, to make sure he wasn't bleeding inside his head.
The outcome was that he had a concussion, and they discharged him finally, with instructions that he couldn't play sports for two weeks.
What a relief. The outcome could have been so different.
So I got to work. I am a doer. I used to think I was a task oriented person, but when I read the definition, I decided that wasn't me at all.
Here is what I was working on today......blue jean rugs. They are one of my favorites. 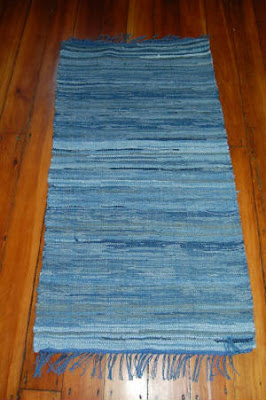 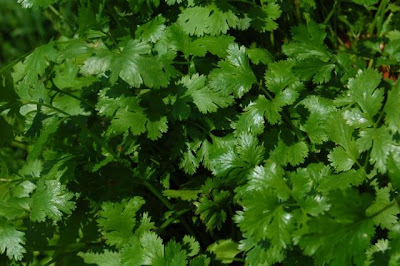 I took a little stroll around the yard. Here is one of my several pots of cilantro. You can never have too much cilantro.
I had a dead tree taken down last week, and there is a pile of wood/bark left on the lawn. I suppose I will have to drag it back to the pile of brush I already have behind the house, but then, maybe not. 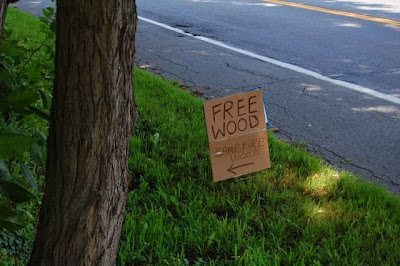 The wood is just out of the photo, and not far from the road at all. Now don't you think that with all the traffic going by on Rte 4, there would be at least ONE person who needs wood for a camp fire?? 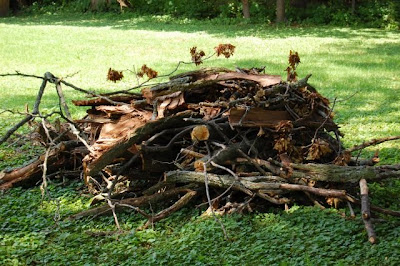 I am so hoping that it is gone in the morning. My husband always says this doesn't work, until said item disappears.
A couple of months ago, I put out 4 matching chairs with broken reed seats, and a roll of Congoleum. Three of the chairs were gone within an hour. So one lonely chair and the flooring sat there. I thought I was going to be stuck with them.
But the next morning they were gone. 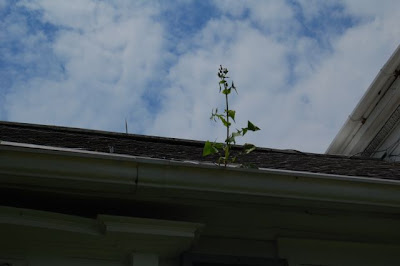 Now weeding is an ongoing job, and this just proves that weeds can and will grow anywhere. 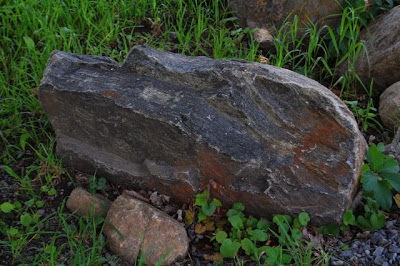 I just love rocks. What can I say? 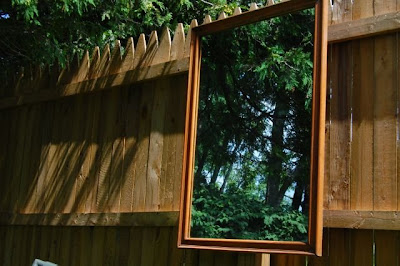 My gardening style is somewhat eclectic. 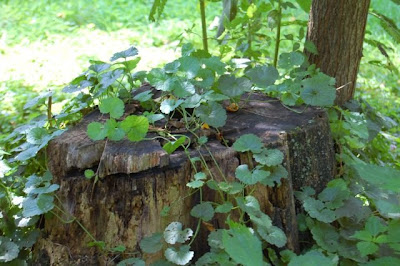 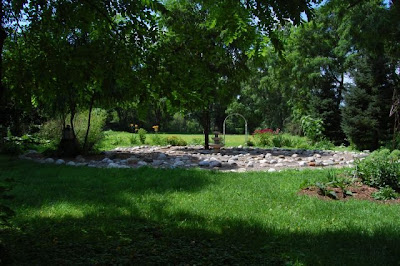 I have a busy week coming up..........5200 lbs of selvedge being delivered tomorrow, a mid week weaving weekend starting tomorrow, and a tour of 26 people coming on Wednesday afternoon.
So I sat out in the garden for awhile, just breathing deeply. One day at a time.
Tammy is off to Boston to a Red Sox game, but she is coming back early tomorrow......she says......to help me clean.
I hope she does.
This is what Miss Puss had to say about it. 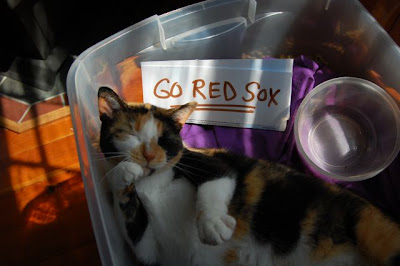 Lovely collection of photos. That kitty is so adorable and I love the mirror on the fence. I'm so glad your grandson is ok.. head injuries can be so scary. Sending best thoughts for his speedy recovery.

So glad your grandson is okay........tense moments waiting for the outcome! The rug is perfect(as always)! We have always put out 'free' items and they are always gone by the end of the day-I think it will be even more so in this rocky economic time!

The wisdom of Miss Puss. Welcome news on grandson's diagnosis and prognosis but in the thrall, it's terrifying. I also love rocks and cilantro - wish I would have planted some. Cilantro that is, we're have rocks in spades.

And it's back to one day at a time which I'm planning to internalize and practice any day now.