I worry about Next, especially when it is bitter cold at night.
When I pulled in the driveway this morning, I hear him crying to me as soon as I got out of the car.
"Rowr."  Loud.
That's what it sounds like.
I have tried to get him to come in, but he's having none of that.  He stuck his nose in the porch door once, and then right out again.
He has a heated water dish on the porch, and he gets fed well, every day.
Up in the loft of the barn, he has a huge box, surrounded by bags of selvedge to stop the wind, and inside it is full of hay, a wool blanket, and a heated cat pad.   It is plugged into a no fault breaker on the outside of the barn.  It only heats up when the cat lays on it, and then it heats his body to its normal temperature.
So I guess all things considered, he has what he needs.
And he has a solar house.
Which he is smart enough to use. 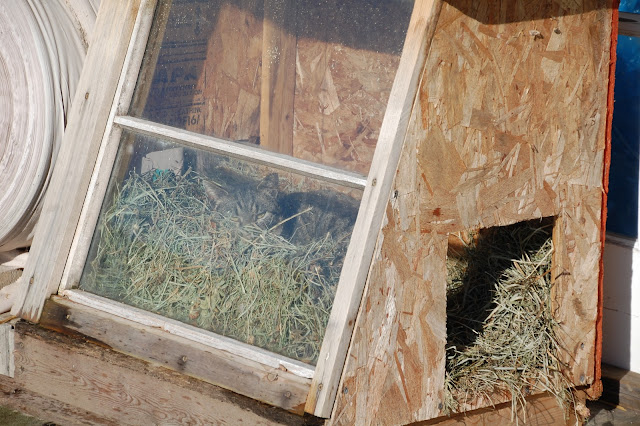 And we love him up every chance we get.

Sometimes I have to tell myself to let it be.
We do what we can do, and then we have to let it be enough.
But I always wonder about the person who just let him wander off, that person who didn't care.
Without being neutered, he was destined to live a life of fighting and roaming, and generally struggling to survive.
And then he wandered up on the porch at Crazy as a Loom.
NEXT!!!! 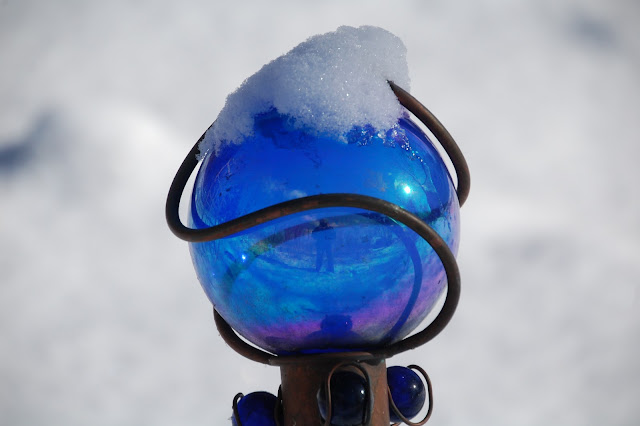 Today was a grandkids day.  We went to Aimee's dinner and a movie......

Now they're chillin'.   One can hope anyway. 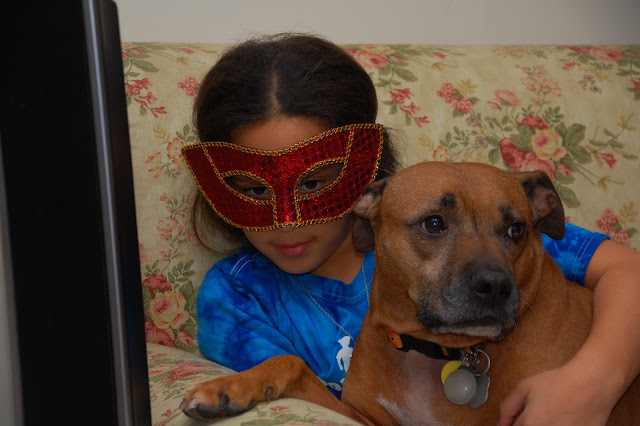 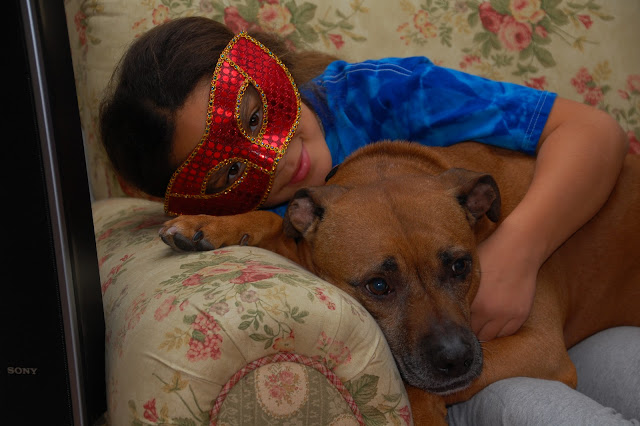 He never gets enough hugging. 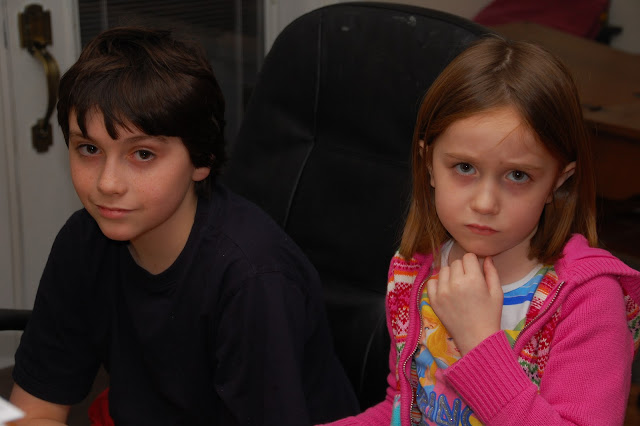 Why the long face, girl?? 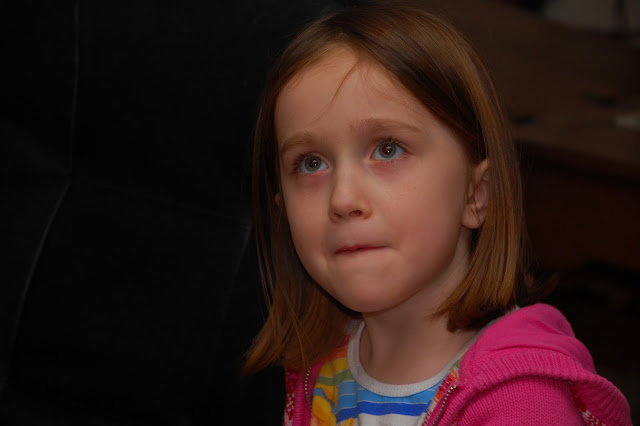 I get that.....sometimes you just don't know where that mood comes from.
And sometimes, if you think about it, you don't have one after all.

Next is one lucky cat to have landed on your porch.

Handsome, beautiful grandkids you have there... now that's something to really smile about.

I did a post the other day about just that...not fixing the cats and then letting them roam. They end up lost and confused and begging for food somewhere. We see too much of it in our parts. I do cat-sitting, as I guess you already know, and right now I have asked me to put food down for the strays they feed every night on their back porch. Then I leave there and put food down for the ferals that feed under a truck near-by. All these cats belonged to someone at one time. They are so afraid of people now you can't even get near them. It's a heart-breaker, that's for sure.
Beautiful photos of the grandchildren. And that Roy...he's a cutie.

I get that long face... I had it often as a child and I have one granddaughter that gets it too. She's a bit too serious at times. Ah well... must let her be who she is.

Aloha Hiliary
I spoke to you on the telephone a couple of days ago. I called about cutting sheeting for weaving.
It amazes me how your life is like mine in so many ways. My mother lives with me (she is 85), I am a sucker for animals (10 cats and a dog) and I love to weave. I was raised in Michigan in a century old farmhouse with a barn. When I read your blogs, I feel your voice to be so familiar with its stories and observations.
Thank you for your insights, kindness, and creativity. Your energy is an inspiration to me.
With hugs and warm wishes of aloha.
Mary Agenten
Hilo, Hawaii

I think Next has it 'Made in the shade'. It isn't every pet that has it that good Indoors, let alone Out.
I'm looking forward to having grandchildren...someday...I hope! Ha, I'll be one of those moms that keep hinting around for grandchildren. As of right now, none of them are in the least bit interested in having children. Oh well! I have a grandpup, grandcat, and a grandsnake. I guess that will have to do for a while.
Looks like you had a great day.

That cat is so lucky to have come across your place, Hilary. Come to think of it, so is Roy.

A cat doesn't have to own anyone to have a good life. Feral cats make good mousers and if you have ever lived in the country where feral cats are not, you have mice....everywhere.

Providing them with a place to be safe and setting out food is a good way to keep the mice down.

Did you say Roy was a pitbull?

I have a feeling that Ol' Roy would probably lick someone to death before ever attacking anyone. Or maybe puppy-dog-eye-them to death.

Well, truly feral cats with no people live 2-3 years on average. That's a lot less than a cat like Next or a house cat is likely to live.

Next may come around more yet. I had a rescued cat who finally jumped into my lap four years after I adopted him.