Last night I was walking Roy after dark.  By the time our company left, that was the only way he was going to get any walk at all.  Luckily, we live in an area where the sidewalk really seems to never end, so we covered a lot of ground.  There is something nice about walking at that time of night.  For one thing, it was just a little cooler.  And I always love to see peoples' windows all lit up. You can hear them talking softly on their screened porches, or see their TV's flickering light.  It is quieter, or so it seems, and everyone is settling in for the evening.
And Roy does not care, light or dark, when he walks he is on a mission.

Now I have a confession to make.  Just in case anybody out there has the impression that  I have it all together...........whatever ALL is, I don't.
I have  some serious flaws.  That occasionally come back and bite me in the butt.
Just sayin.

I had several containers of blue jeans, that were stored in the barn all winter.  Sometime this spring, they got put outside the barn, to make room for other stuff, like wood pellets.  When we opened the containers up last week, they were all fine but one.  For some reason, one huge plastic tub got wet, and the jeans inside just plain smelled bad.
A sensible and sane person would have sent them to the landfill.

But NOOOOOOOOOOOOOOOO, not me.
I wouldn't want to waste all those jeans.
So I decided to do a little outside laundry........filled some tubs with water, bought some bleach, some detergent..........and went to work.  Then I let them soak.
But the weatherman is predicting rain tomorrow, so I decided that it would be a good thing to get those jeans hanging on the cable that I use when I dye fabric. 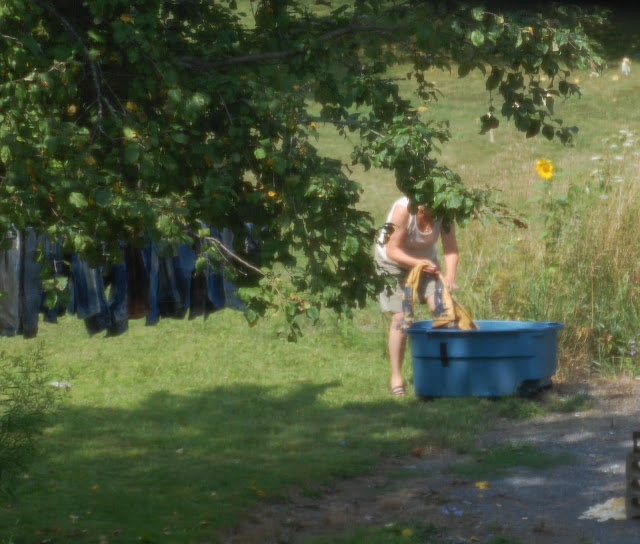 It took quite a while to get them all hung up, and it was really hot, and I was steaming out there....but determined.
SAVE THOSE JEANS SAVE THOSE JEANS 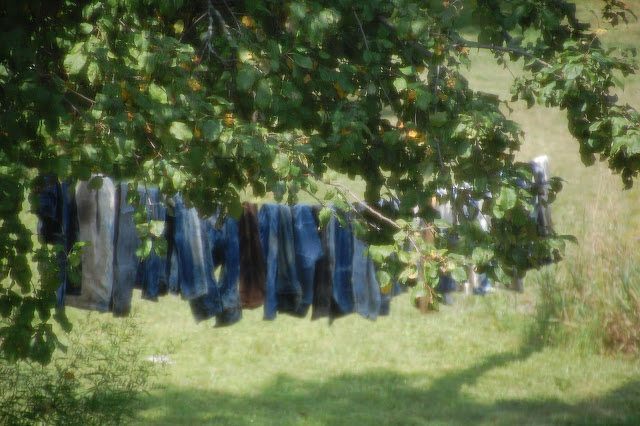 The cable stretched across the back yard, from one tree to another.  By the time I reached up to hang the LAST pair of jeans on the cable, I was overheated, wet, glad to be done with it.
That's when I heard it.
SNAP
You guessed it.  The freaking cable broke.  The whole thing fell down.
I couldn't believe my eyes.

Now they are all laying on the ground, waiting for the rain to rinse them,  and when the rain is over, I will deal with them, again.
Times like this, I wonder.  What the HELL was I thinking?
So now you know.
I am far from perfect.

I retreated to the back bedroom to work on my new shawl warp.
Licking my wounds. 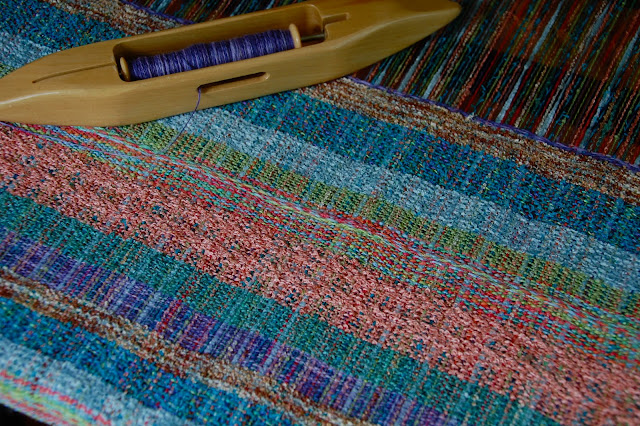 I was feeling better in no time. 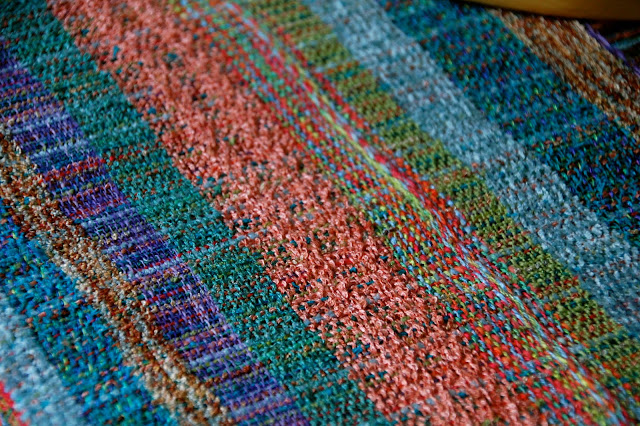 Now just to give some credit where credit is due.
I had an order for chair seats.  I picked out the colors, and then gave the job to Lois.  It was a little tricky, getting them to be exactly 14" square.
She worked hard on them, and they came out PERFECT.
Kudos to Lois.
(she is probably looking to get promoted.....to what, though?) 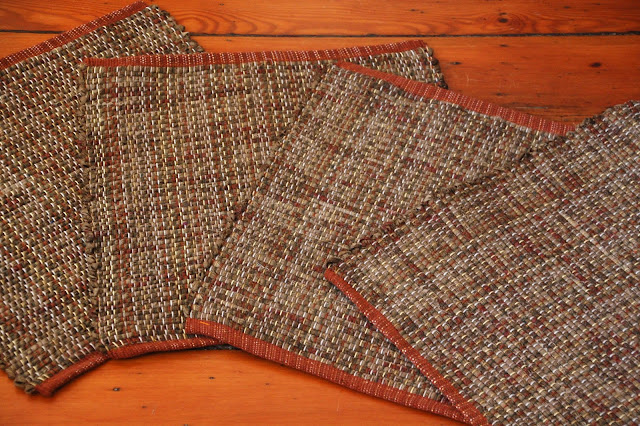 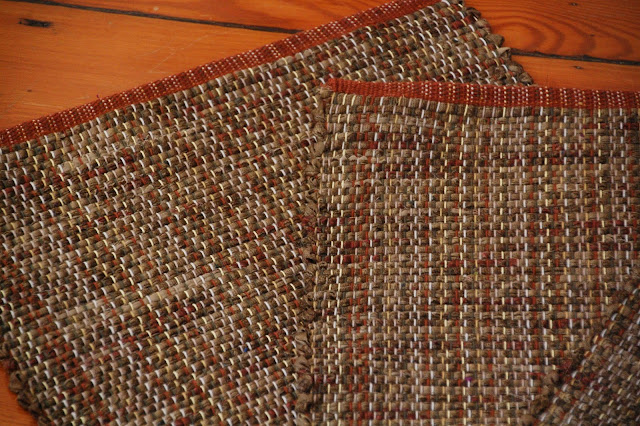 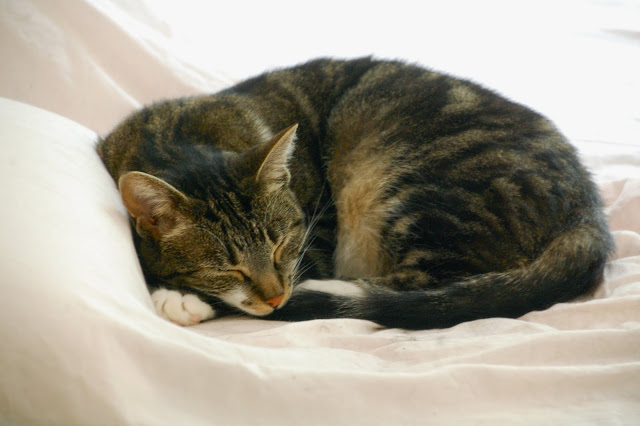 Wow, what a bummer about the cable snapping! You are ok tho, yes? It didn't hit you? Probably not, considering the weight you had on there! Man, that stinks! Well, letting Mother Nature take care of it is ok too. :-)
Love Jinx.
Hug Roy for me - I love him from afar!
Have a great weekend.
Martha

Crazy as a Loom Ladies Adventures in Laundry! I feel for ya with the broken line...UgH!

I hope you have a better day tomorrow, even if it does rain.

Wow! That shawl is to die for, Hilary!!! Can't wait to see it! And the jeans?? something I would do, for sure! xo

I LOVE that you left the jeans where they were to rinse out in the rain. That is exactly what any sane woman would do after all of that hassle!

It's rather ironic you know here you are "saving" the jeans and once they're saved they fall from grace once again. Ah, such is life.

LOVE this post! New follower here popping over from Tales From the Coop Keeper. I will be back!