Not a day to dye. Apparently.

Rainy day in  northeast New York.
Lots of 'lounging around' at the studio. 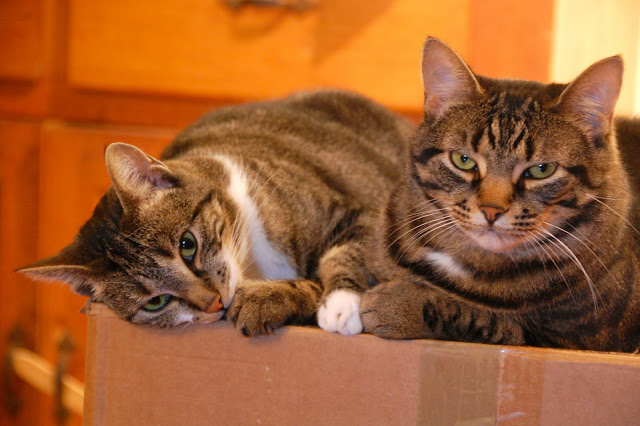 You would think they worked hard, by the looks of them.

When you look as good as I do, you don't have to work. 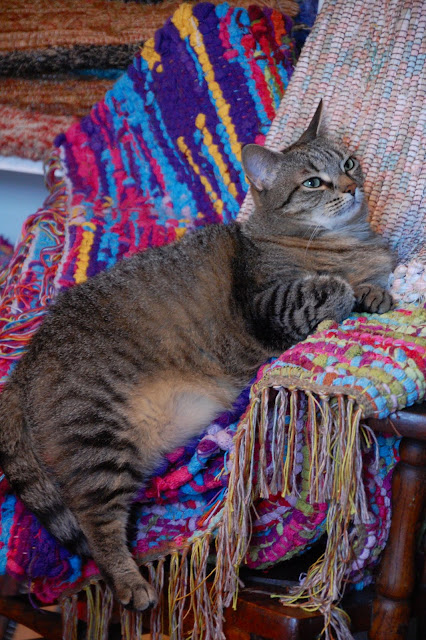 She knows how to pose herself, too.  That doesn't hurt.

Since the weather wasn't cooperating with my 'dyeing plans', I decided to weave placemats.
Need some autumn colors. 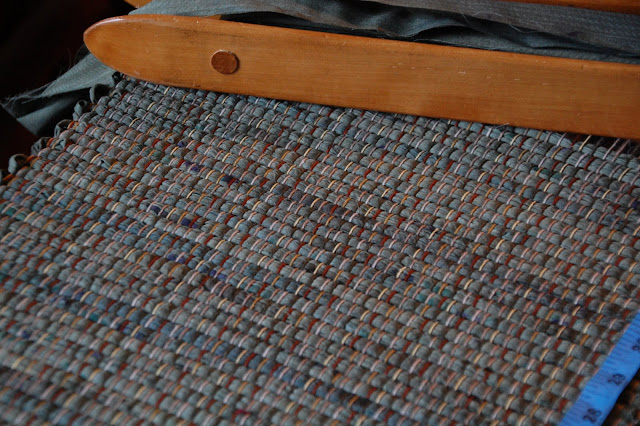 I was kind of glad it was raining.  Not only do I love the rain anyway, but it gave me a reprieve from the dyeing job that will probably take all week......
There is nothing more soothing than weaving on a rainy day.
LOVE IT. 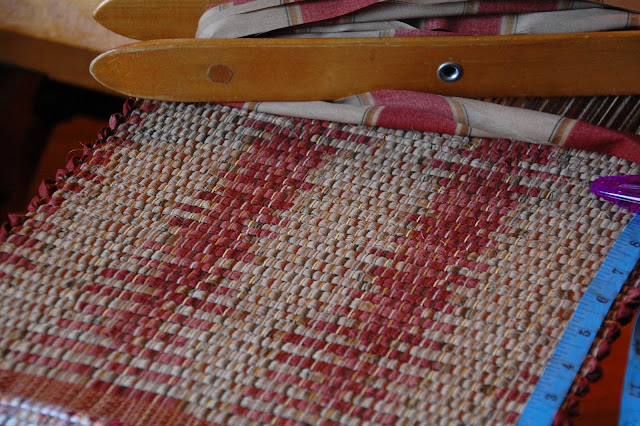 I believe that random acts of kindness make us better.  Don't you think so?
I think that they get passed on.   It's kind of a natural thing.  It just happens.
Doing something that makes someone happy, something they don't expect, something you don't HAVE to do, just because.  It can be simple.  It can be more than simple.
Doesn't matter.
I think it makes us better than we were yesterday. 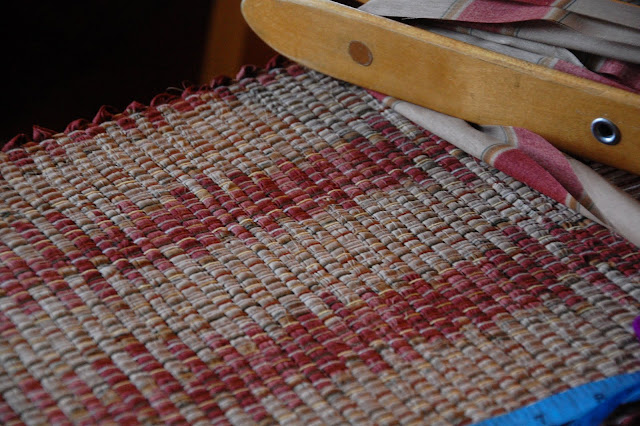 Did you have it done to you or did you happen to grant one? Just wonderin'. We have rain today too and when it is like this I love to spend more time just fussing over and grooming the cats I care for.
You just have to get that Syd girl a chaise lounge. She would do it proud.

Great color choices on the placemats. No rain here today, although this morning looked as though something was going to blow through... just didn't happen.

Autumn colors... glad someone is thinking about that like I am.

Sydney is channeling Marilyn Monroe. Love the beige and red placemats. Kindness is important, especially when it is not expected - sort of spur of the moment.

Thanks for the reminder on random acts of kindness. I forget sometimes.

Such a tease that Sydney!