The studio was way too hot  for me today.  Spent the morning there, split for lunch with a friend, and came home to the pool and AC.
Call me a coward, I don't care.
To answer a couple of questions.  That is Sydney in the header, both pics......don't tell MISS PUSS.  Syd does look a lot like Bubbalee/Pearl.  She also looks like Kizzy.  The short answer is that there are a whole bunch of tigers in the feral cat community in Kingsbury.

The header is marvelous, isn't it???
Thank you to Di over at www.theblueridgegal.com  She is the best!

I have a friend, who is having a tough time with depression.  Not bad enough that it is hotter than the hinges of hell, she is having trouble getting out of her own way.  She has no interest....in anything.
I feel badly for her.  But how can I help?
She says that everything feels dark, and dismal, and hopeless, and pointless.  And that wherever she is, she doesn't want to be there.  So she goes some place else, and doesn't want to be there.
She is agitated by the least little thing.  Mostly, she has no tolerance for people.
I asked her if she was safe.  She said she was.
In spite of having some pretty disturbing thoughts, she loves her life, and only wants to feel better.
I remember my Dad, when he was depressed.  It went on for a year and a half.  He was hospitalized many times, because he DID want to hurt himself.
I can understand totally why someone wouldn't want to relate that kind of information.  I worry about my friend.  She knows that if she says too much, they'll have her in the psych ward.
I hope she knows what she is doing.  She is usually one of the most positive people I know.  I guess depression can happen to anyone.
The worst thing, she says, is that even those close to her that say they understand, don't.  Not really.  They create and allow circumstances that would drive a person crazy on a good day, and feeling as bad as she does, she feels like she is being pushed into a tight corner. Inside, she is screaming, and yet she can't bring herself to say much at all.
She is a strong person, and sometimes that makes it pretty impossible for people to believe that she is not doing well.
I may be the only one who really understands.  It is good to have friends.

On a happier note.....here are my grandkids.......when they went to horse camp a couple of weeks ago.  Thank goodness it was not as hot as it is now. 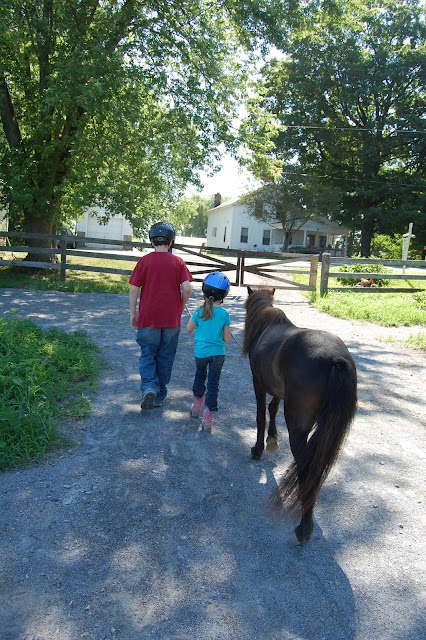 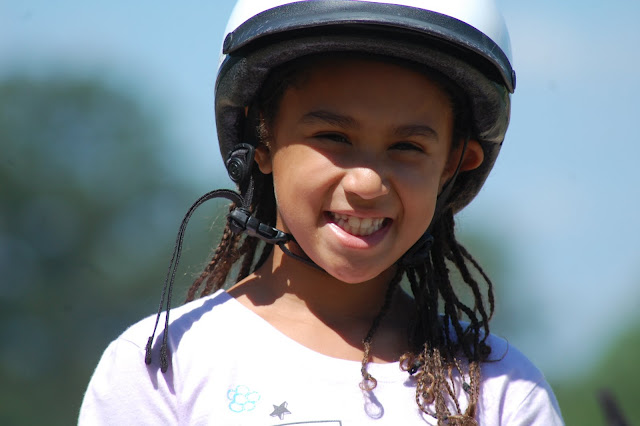 Stay cool.  Whatever you do.

Thanks for the shout-out on the header.

So sorry your friend is suffering and battling the monster of depression. I couldn't even imagine what she is going through. I have seen it in bloggers here and there in Bloggyland and it's a difficult thing to sometimes even read their words. I wish your friend all the best in getting through this.

The heat is brutal here!!... love your new header.

I hope your friend finds comfort and peace of mind and a way out of her depression. Atleast she can talk to you about it.

Sadly, there is not a lot you can do for depression unless you can find a good therapist. Writing helps me immensely. Exercise helps, but when you're depressed you often don't have the impetus to get out there. Music helps. I don't think psych meds are particularly an answer but if a person is suicidal I think they may be necessary.

On a happier note, your grandkids are so cute walking down a country road with their horse. The little children is darling!

Whoops. I meant to say the little girl is darling.

I can relate to your friend's depression. I have been suffering from it for about three years. It is under control, but I just can't get it to go AWAY! Some days are better than others, some much worse. All I can say that has helped me is that those close to me don't judge, and they give me my space, but not an overwhelming amount of it.
I went to one class three separate times to learn how to cope, and never finished one of them!
I hope your friend can overcome the worst of the depression. Then she can learn to live day by day with what is left. It's not ideal, but it is okay!
It's always a pleasure to see your grand kids!

I can relate. I suffered for a short time, thank the Lord, with post-partum. I can only describe it as feeling like an outsider in every situation. I literally felt as if the world was inside of a beautiful, safe, bright, bubble and I was trapped on the outside in the dark with no way in. I could watch the world and my loved ones but I couldn't participate. It was hell. Hilary, just don't give up on her. Be there, she needs you more than she realizes.
Jackie

Suffering from depression and I'm in a slump right now too...praying that your friend can climb out of that black hole soon. I do know how she feels, and it is so difficult to explain to another just how bleak things can seem

i think its a shame how callus we have gotten as a society. we are to busy for each other. depression is nothing new. over the centuries it has had alot of different names.60 years ago women/families took care of each other. my mother remembers when my grandma "needed a break". she spent 3 months away visiting her sisters.my grandpa stayed home and took care of my mom until grandma came back. 20 years later my grandma stayed with my aunt to take care of things when my aunt didnt "bounce back" after childbirth.after my moms divorce my aunt came over gave our house a thorough spring clean "out with the bad in with the good" and it really helped my mom focus on what her next move would be, she had been drowning with the responsibility of 2 children to support and a growing list of chores that needed done with no time or energy. as women we have the ability to make each others lives a happier and healthier place.