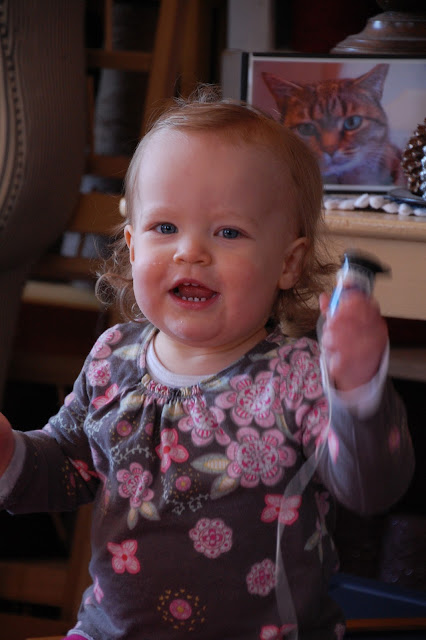 I did mention in the not too distant past that a loom would make me feel better.
Of course, I was joking.
Wasn't I?
Well, no matter, I told you these things just HAPPEN.


I found this loom on Craig's List.....it was just what I have been lusting for.......an 8 harness 48" Macomber.
Heart be still.
But usually they are pricey, and more than I want to spend, or too far away to get to them.
This one was far away, but the guy said he would DELIVER it, from Maine!!!
Get out.  Seriously????
And the price was almost too good to be true.
I had him send me tons of pictures, since I figured there must be a catch.  But the pictures all looked good, so I went for it.


He delivered it yesterday, and it came with a bunch of other good stuff.
For one, books!! 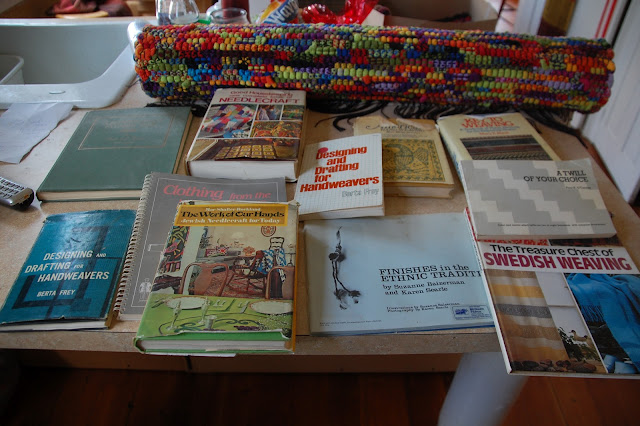 Three of them are books I already have, so I will be selling those.
They are:


It came with three warping boards, one of them is HUGE, that's the one to the far right. 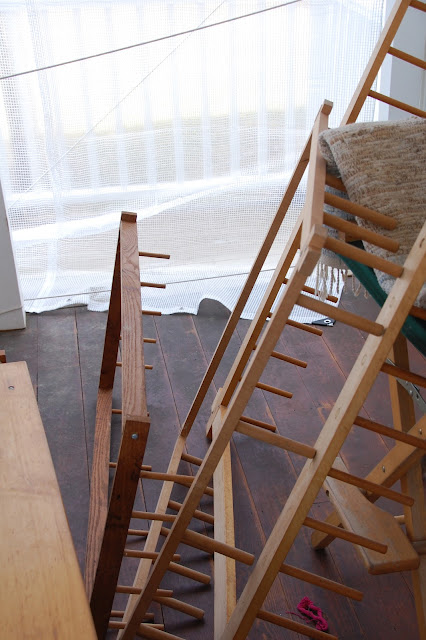 It came with a great Schacht bench, that has storage bins on both ends. 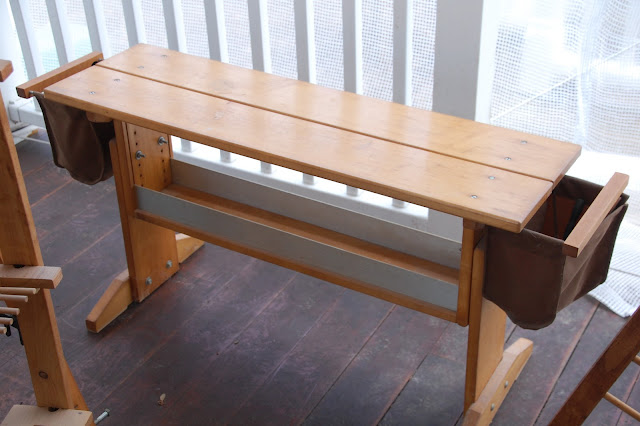 It also came with a reed stand, to store all my reeds in. 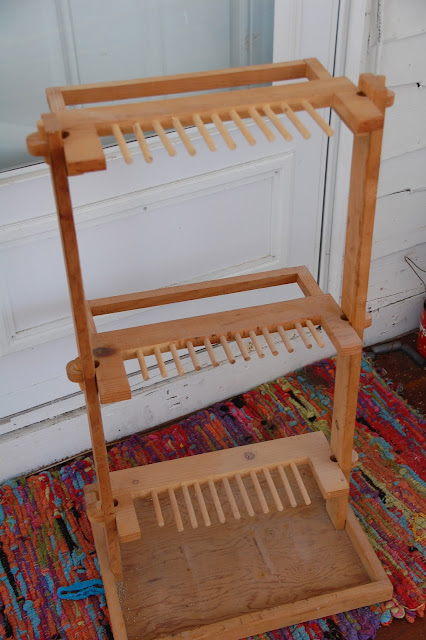 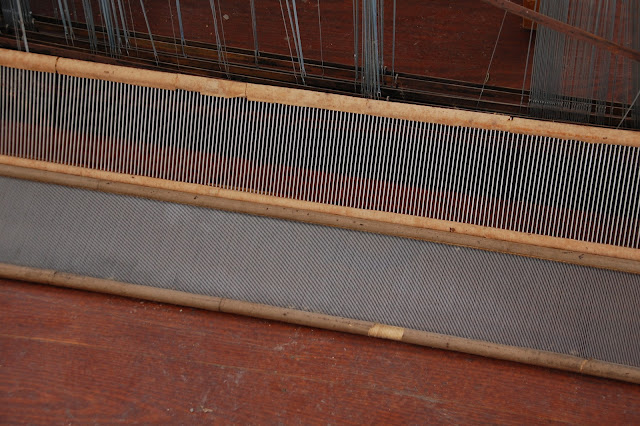 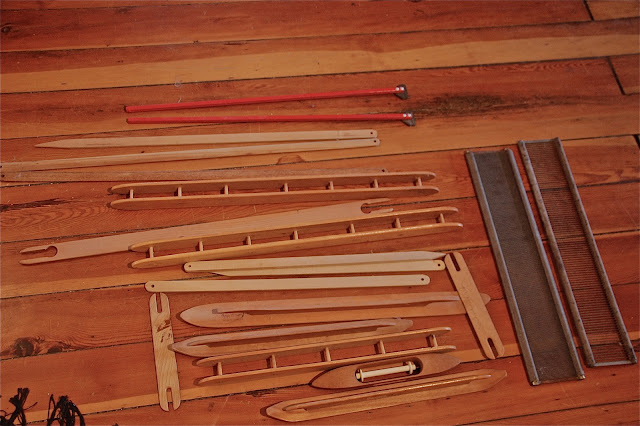 The loom was dusty, but in great condition. 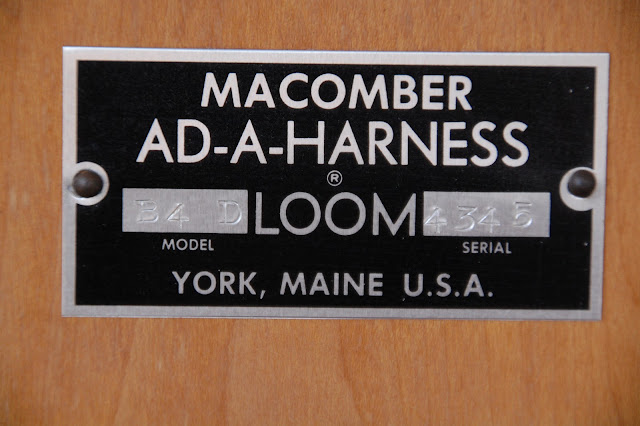 It also came with a Leclerc hand winder. 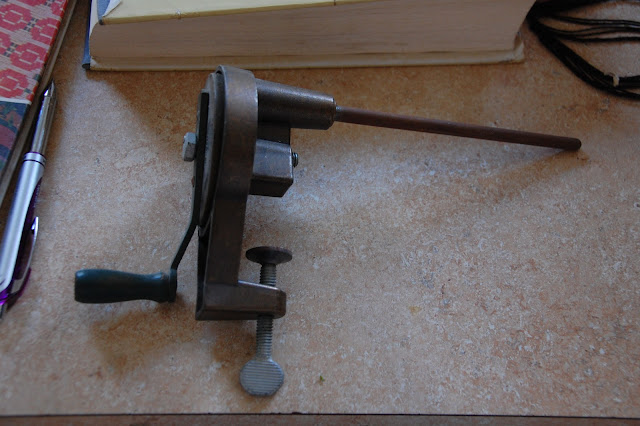 The harnesses were off the loom, but there were brand new heddles  for all of them. 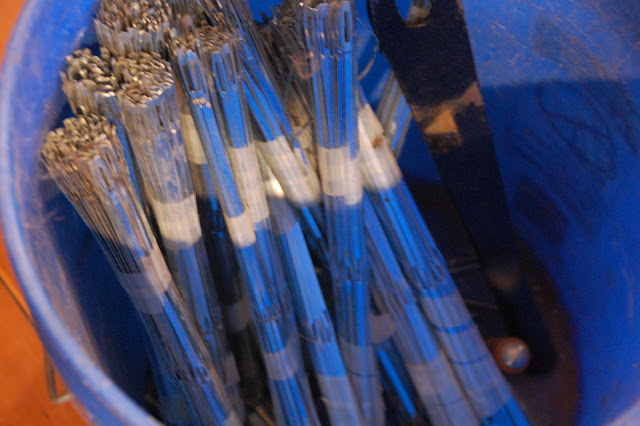 Thanks to  L and DH who carried it in from the porch, due to my doctor's order not to lift more than 5 lbs.
We did find that the beater bar and the front beam were in the wrong places, but after a phone call to Sarah  of
macomberloomsandme.blogspot.com/ for some advice, and she told me exactly what I needed to know.
L did all the hard work, so I didn't have to bend over, and have my head fall off.
Thanks, L, again.


Then I spent the morning cleaning it up, and putting heddles on all the harnesses.
Headache stayed a five, and let me work.
Such joy. 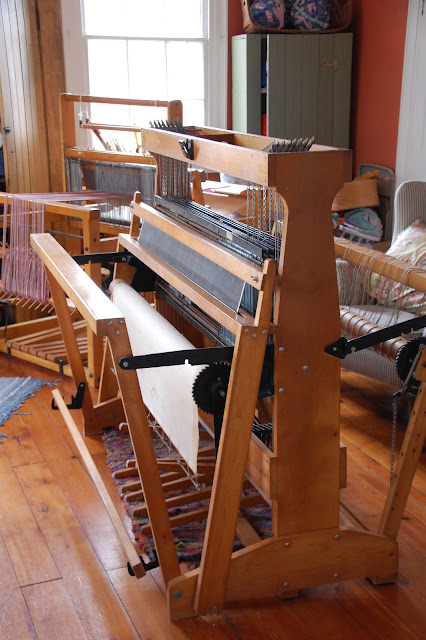 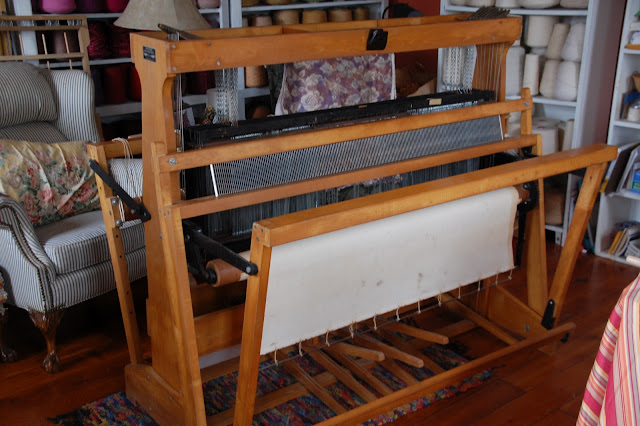 This may require moving some  looms around, but I know one thing......this loom is NOT going upstairs.  It is WAY too heavy.
So yes, looms are like drugs to me.  And maybe they don't cure the headache, but they make me feel way good otherwise. 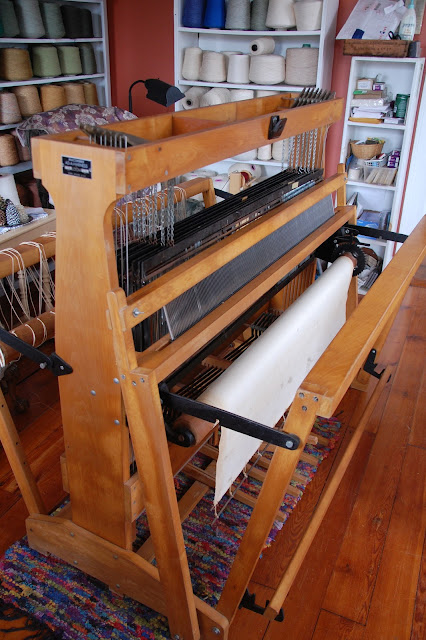 And isn't that what it's all about?

So jealous!! Congrats on your wonderful purchase, and hope it helps the healing along.

Whoa! What a deal. Looms just seem to find you, Hilary, like stray cats.
Kimmen

Anything that makes you happy is a good thing. So enjoy your loom!

That's exactly what it's all about, so go for it!

MAN! I am soooo jealous! It is beautiful! My husband would hang me up and string me by my toes!

What a great find!!! Enjoy!

Depending on what you're asking, I'd be interested in the Davison book.

Ooooh! Did you get a goody! That Macomber is BEE YOU TI FULL! It looks like it is in excellent condition. I am so glad that you got it and all the goodies that came with it too. What a wonderful gift to yourself. Enjoy it and keep healing.

It is positively beautiful!!

Lucky you! Gorgeous loom-I'm envious. Can't wait to see what you make with her.

Wow, looks like you hit the jackpot. A fantastic loom plus all that equipment! Can't wait to see what you put on it first.

Pretty indeed. And with valuable equipment.

What a wonderful find... and that it makes you feel good .. bonus!

You got a winner there! That's exactly my loom :-) I know you will enjoy it. Hope you feel better soon.

Wow, what a great find. I loved my Mac, and I've regretted selling it from the minute it left my driveway. Glad your headache stayed at a lower level so you could enjoy getting it.

Oh yeah, I LOVE my 8-harness 40" Macomber!!! love, love, love!! And you got all those goodies, too?! And we know how you love making a warp on the warping board! hahaha... But the headache? Hard to believe this has been going on for so long! Sending healing, soothing energy your way, Hilary!

Whoo hoo! What a great find! It is always so nice to have something new and exciting in our lives, isn't it.

I LOVE my Mac!! You should have more treadles for an 8 harness....and you can probably add at least 4 more harnesses (and a lot more treadles too) if you wanted to.

Congrats on the find!

The loom is gorgeous, especially after you cleaned it all up - and it has a castle. Nice. I suspect the loom meant something to someone important to that man and he wanted it cared and loved for. He got the right new owner :)

Good for you.. may happiness always loom large for you. :)