My day off was great.  A friend and I went for a day trip,  up through the Adirondacks.

It was cold, and gray, but we didn't mind. 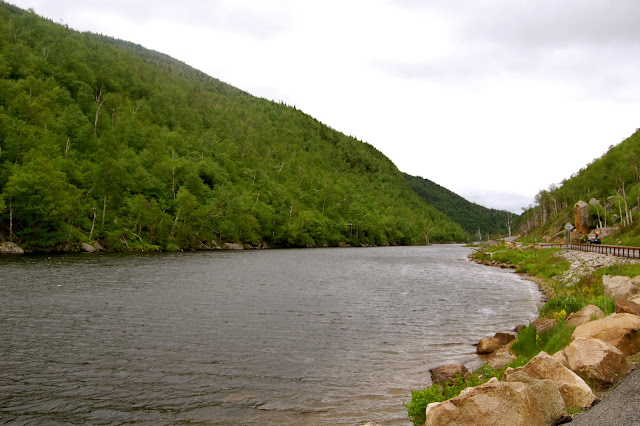 If you have never been to the Adirondacks, up through Keene, and Lake Placid, and Saranac Lake,  then you don't know what you are missing.
It is incredibly beautiful. 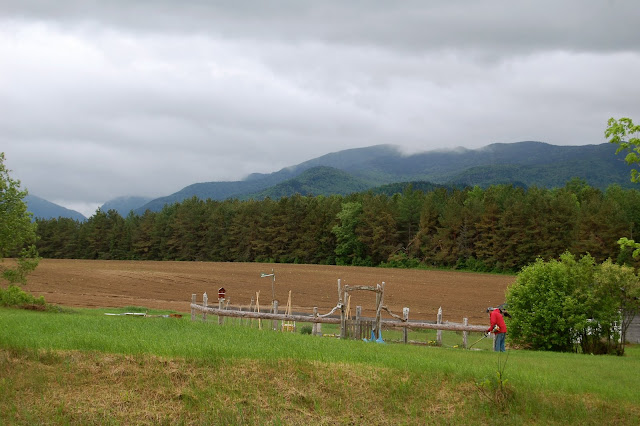 It was a chance for us to do some catching up, since she is busy with her job and life, and I am busy with mine.
We were captive audiences, you might say. 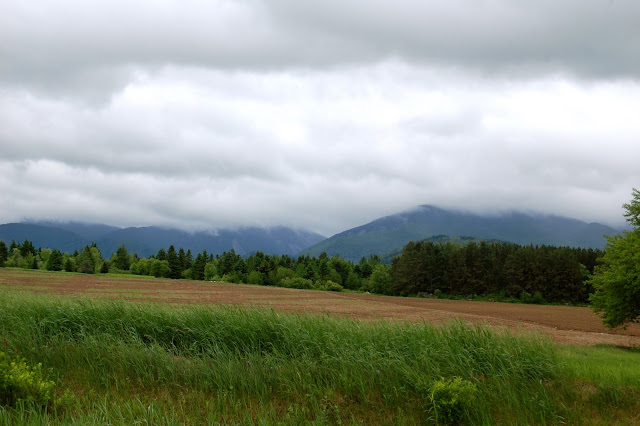 There is something very calming about this part of the world. 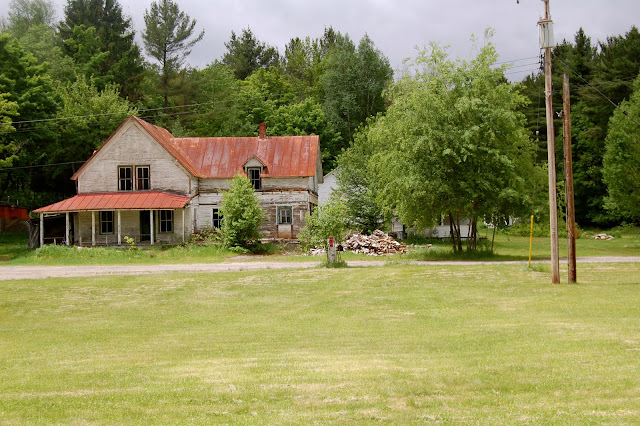 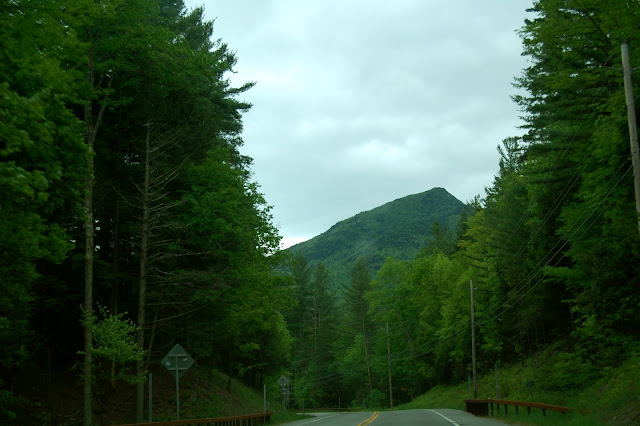 In years past, I have hiked in these high peaks.  There is a group called the Adirondack 46er's, which consists of those dedicated hikers who have climbed all 46 peaks.
I once had illusions of being one of them, but after  just FOUR peaks, my knee was toast.
My last hike ended with a fall, flat on my face, and included smashing my knee on a rock.  A few years later, I was having my knee replaced.
I still dream of doing some hikes, but just maybe not the high peaks. 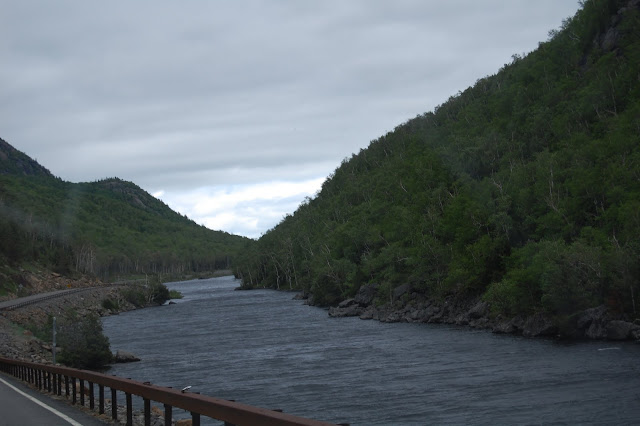 This stretch is the Cascade Road, which weaves eight miles downhilll through a narrow gap of highway that squeezes between Cascade and Pitchoff Mountains, past the Upper and Lower Cascade Lakes. 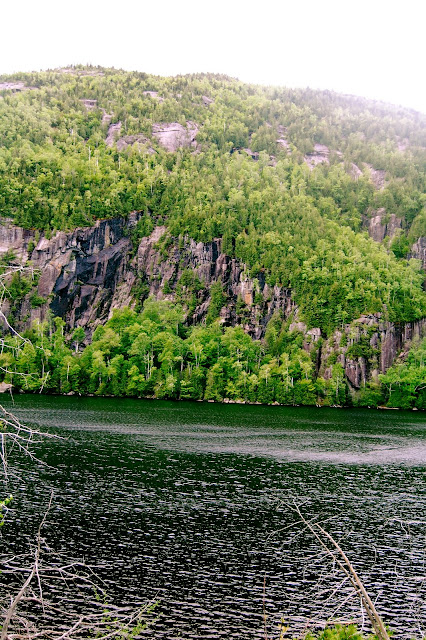 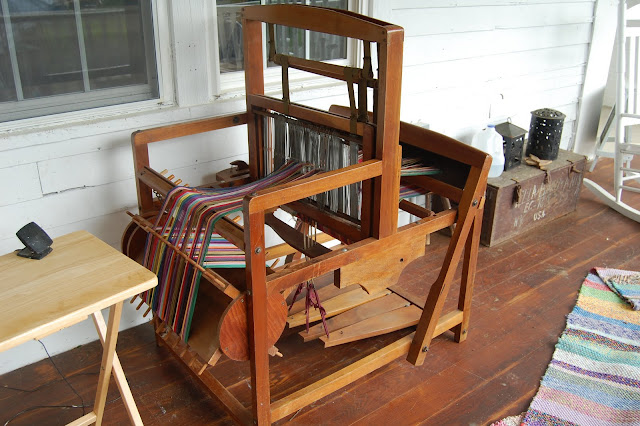 I hope you don't think less of me, but I just had to bring this little Gallinger 4 harness loom home with me.  It's like a homeless cat, except it doesn't need a litter box.
:) 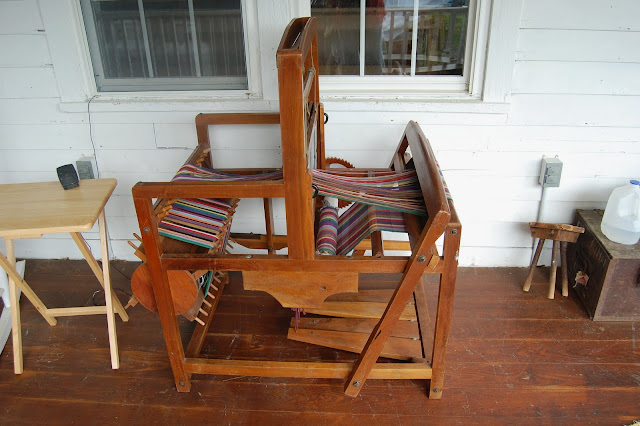 What is better than hiking around with a good friend? Maybe bringing home a fabulous souvenier. Really enjoyed the gorgeous photos and have fun with your new stray. Hugs, Deb=^..^=x4

Wow, I hear the Gallinger is the best rug loom everrrrrr. Congratulations and thank you for the beautiful pictures.

I thought it looked familiar--it's got the same lines as my Cromaine Crafts loom, apparently an earlier version of the Gallinger.

Lovely photos. Great idea to take a friend along for the drive.

OH. MY. GOD.
She's got another loom. Like another homeless cat, too. That's hilarious.
And this scenery is incredible! I used to hike much more, too. But damn, my knees.

Love teh pictures. It's a beautiful place you live in. I sure wish I could pull up stakes here and buy that cute house you said is for sale.

about 30 years ago we used to go to a picnic area along the highway in Keene--there was a waterful and we'd climb up to the top and then come down and cook shish kabobs on the grill for a picnic. I have pictures of us somewhere wrapped in blankets it was so cold and drizzly but what a wonderful ride. My sister and I still take drives up through there when I go to visit her in Saratoga. We often eat along the river in Warrensburg at the old mill there.

BTW, don't remember if I still have it somewhere, but years ago I bought a table loom for my daughter when she was little. Always was getting creative stuff for her--pottery wheels, crafting kits, a little pot holder loom--but we never could figure out how to use the table loom. It is a miniature of your adorable new acquisition.

Do you give lessons? If I could find it I'd bring it with me on a NY excursion and perhaps I could stop by.

I'd forgotten how beautiful it is in the Adirondacks ... and I'd love that charming house. Congrats on the new baby. ;)

Any history come with the loom? I'm sure if there is you will post about it...please?

Beautiful images; looks like a glorious day.
Love how passionate you are about your looms!
Enjoy.

I love Upstate NY. I miss NY. I love luv LOVE that loom. Beautiful! Congrats. A great ride, with a friend, catching up, great views and a good reason to go.

I too just bought a Gallinger while waiting for my new Fanny II to be shipped...Husband and I are taking a road trip to Virginia tomorrow to pick it up.