From one storm to another 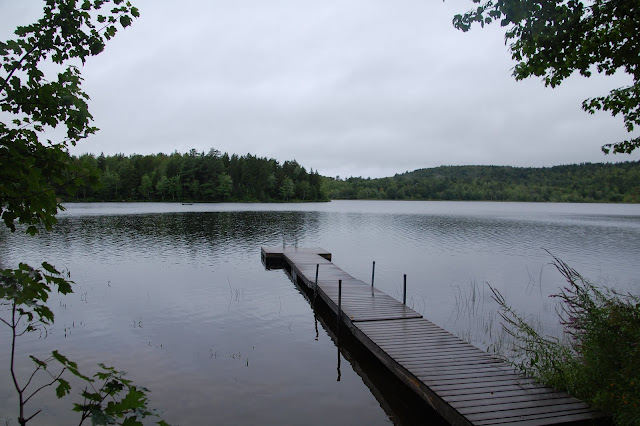 We left last Saturday, for Maine, my daughters, my grandchildren, and I.  We missed the storm, and Irene was almost a no show in Maine.
We didn't mind the first day being gray and rainy, because the weatherman promised sunshine the rest of the week.
And he delivered. 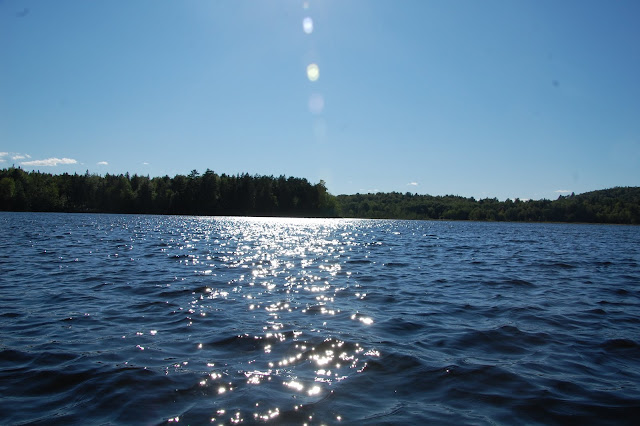 We had a marvelous week.....the weather was perfect.  The pond we stayed on was pristine.  Cell phones didn't work.  There was no cable TV.  There was just us.  Family.  Time to relax, time for quiet.

We love each other, we annoy each other.  We are critical and tough in our dealings with each other,  but  our loyalty runs deep.
We swam, and kayaked, and basked on the raft in the sun.  We cooked, and ate, and went running, played games.  We went on a tour of the area, and one day we went to Acadia.  We took naps.
It was a wonderful time.  There is nothing more important to me than my family.
I have been talking about this vacation for months, anticipating it.  It was every bit as good as I imagined........family dynamics, cranky kids, and all.
And later, not today, I will show you more pictures, cause I have a LOT of pictures.

But first I have to tell you how love can sometimes lead us wrong.

During the week that I was gone, I talked to DH on the phone.  The connection was lousy, we were way out in the woods.  He sounded tired, he said he was tired.  A couple of times, I asked him how come he wasn't very talkative.  He said he was tired.
Finally on Friday night, after hanging up the phone with him, I realized that the nagging feeling I had pushed away was not going anywhere.  So I told my daughters I wanted to leave a day early.
Halfway across the Massachusetts turnpike, I got the call.
His brother got wind that he was not acting right, and he muscled my uncooperative husband to the ER.
I was 5 hours away, when my brother in law called me back and  told me that DH had a stroke, several days ago, and had been trying to hide his symptoms from everyone.
Why you ask?
Because he didn't want to ruin my vacation.  The one I'd waited for all year.

I'm not sure I will ever understand this.  I know that by the time I got to the hospital at 9pm last night, I was just relieved to see him, and to know that he was stable, that he was going to be ok.
I did tell him that as soon as he was better, I wanted to slap him.
He said, " You work so hard, I wanted you to have your vacation."

Now we are waiting for tests to be run.  MRI, echocardiogram, etc, etc
And then on to recovery.
And another brand new perspective.
I told ya, that's what it's all about.
Perspective. 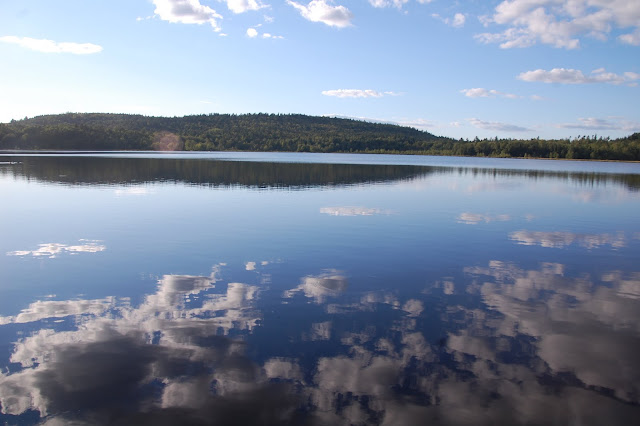 I'm trying to hold on to this one.

Hilary, I'm so sorry to hear about your DH's stroke. His heart was in the right place, but I can see why you'd be VERY upset. Immediate diagnosis and treatment are just too important for recovery.
My thoughts and prayers will be with both of you!
Glad you had a wonderful vacation.

Good heavens. I will be sending the best of wishes to you and your husband. And when he's better you can knock him up side the head.
Kimmen

Oh no! I hope he recovers fully. Sending good thoughts your way:-)

Hilary,
Wow. I am praying that he recovers quickly.

Sending healing wishes your way and thinking of you all.

Hilary
Oh my! I'll be thinking of you and sending good thoughts and energy your way.

He probably thought he would somehow be alright and that there was no need to cause you worry, thinking he would get better. That is love. I'm sorry to hear he had the stroke and hope that he will recover quickly.
Linda

sorry, Hilary. hoping for a fast and complete recovery for him.

Oh, so sorry to read of your husband's illness, I'll be keeping him in my prayers for a speedy recovery...
Your vacation looked so perfectly serene, sometimes we need less of the hustle and bustle.
Glad you got to enjoy most of it, the pictures are incredible.
~Jo

I'll be thinking of you and your husband in the coming days. I'm glad you are rested up to care for him if he needs it. Take care, Hilary. Hugs, Deb=^..^=x4

Oh my word, this had to be so scary for him (and you), but so glad to know he is recovering. Thank goodness your BIL got him to the ER. Your pictures are gorgeous and I look forward to more. Sending healing thoughts for your hubby. ~Lili

OMG, Hilary. As soon as you said that he sounded tired, I knew something was wrong.

How right you were to leave a day early. I hope that he will overcome this setback. I understand why he didn't want to tell you. But it's only a vacation. Oh, the poor guy.

Hilary, when my husband went to the hospital for the first time and we found out he had a brain tumor, he didn't want his boss to call and "bother" me at work about it. Do you believe that? His boss had to sneak out of the room and call me.

My prayers are with you and him right now. Keep us posted. And Maine looks beautiful, btw.

Could it be his own fear of what was going wrong kept him from seeking help? (as in if I don't tell anyone, then it will all go away and I'll be okay.) My Dad has done this and no doubt will again.

Hold on tight and breath.... and take it one day at a time.
Hugs your kids and draw strength from them.

Damn, that is one fine fell you have there. But slap him anyway.
;>} I think your perspective has always been spot on....

Hang in there girl!

When he gets better then you can cuff 'em upside the head.

Oh Hilary I am so sorry about your DH's stroke...praying that he can have a quick and full recovery...then on to the slap upside the head...I pass a billboard on the way to work that says "Thousands of men die every year from stubborness"...thank God your dear one isn't one of them...

Oh crap. I'm so sorry to hear about this and I sure hope he's headed for a full recovery. I get his not wanting to ruin your holiday but he could have negotiated that stubbon streak from a hospital bed. Someone near and dear to me me masked a heart attack (must be his hernia!) for five days before accepting a ride to the hospital. Men can be stubborn old farts. I hope yours is well on the mend.

And I'm looking forward to more beautiful photos from Maine.

I am so sorry to hear about your DH's stroke, I pray that all will be well and he'll recover fully so you can slap him for not getting to ER right away. Hang in there and you'll be in my prayers.

Sending thought of healing and strength your way. His heart was in the right place but that doesn't mean he doesn't get a thump upside his head when he is feeling better.

Oh my god, Hilary...I hope he is healing...sometimes they are just so dumb. sigh...

Wow - I'm keeping good thoughts for your hubby and his recovery. Hang in there. He loves you an awful lot to try to hide this because he wanted you to enjoy your vacation. Bless him.
(((HUGS))) for you.
Martha

Hoping for a quick recovery for him! Don't slap him too hard :)

By all means, hang onto that photo! It says a great deal about life. Will be thinking of your darling DH and I'm soooo glad you headed home early!!!

Well, your intuition was working well...you knew something was not right. I hope DH has a full and speedy recovery. I also hope that you are able to hold onto some of the blessed peace of your vacation during DH's convalescence.

So hope that dearest husband is on the mend and all is well in your house. Vacations are wonderful, but hubbies are much more wonderful.

I send lots of hugs and a few prayers and lots and lots of Sheepdog wiggles and kisses too from my Samwise dog.

Prayers and best wishes for you and your DH.

Reading backwards and behing behind, I'm now onboard. You've experienced the thing I have always feared, since women live longer than men. How lucky he is that you're a nurse. That was a bullet dodged.