I finally got the AVL up and running.   I was beside myself for a week.
I could not get a shed.
I was convinced that something had happened to the loom, and that I needed to figure it out.
I reread the manual.  I called AVL.  I posted on a weaving group on Facebook, and got a lot of advice.
I tried everything I could think of, still I could not get a clean shed.

Finally the other day, after crawling under the loom for the third time, and seeing nothing that might help me understand it, I sat at my computer, and stared at the loom.

Then I had an "aha" moment.  I could see that there were tight and loose groups of threads across the warp.  I got up and checked them out, and they were not specific to any particular harnesses.  As my eyes followed the threads back to the warp beam, I suddenly realized that the sections on the warp beam were not flat.  There was a slight rise  on one side, and the loose threads were coming from that rise.   The tight threads were coming from the low side of the bout.
Embarrassing to admit, but the problem was not the loom, it was the warp.  I was not careful enough when I wound the warp on, and the sections were not even.
The problem was simple............I didn't do a good job putting the warp on.

My friend, Chris from Homestead Weaving, suggested that I try to even out the sections with a tapestry beater.  I did just that, and the problem disappeared.
I guess you can get away with a little deviation in the height of the sections of the warp beam on a 2 harness rug loom.
You cannot get away with it on this 16 harness AVL.
I am humbled.  I have put on hundreds of warps, and have never had this problem.
It is a reminder, to slow down, and do it right, and that no matter how much you think you know, there is always something to learn. 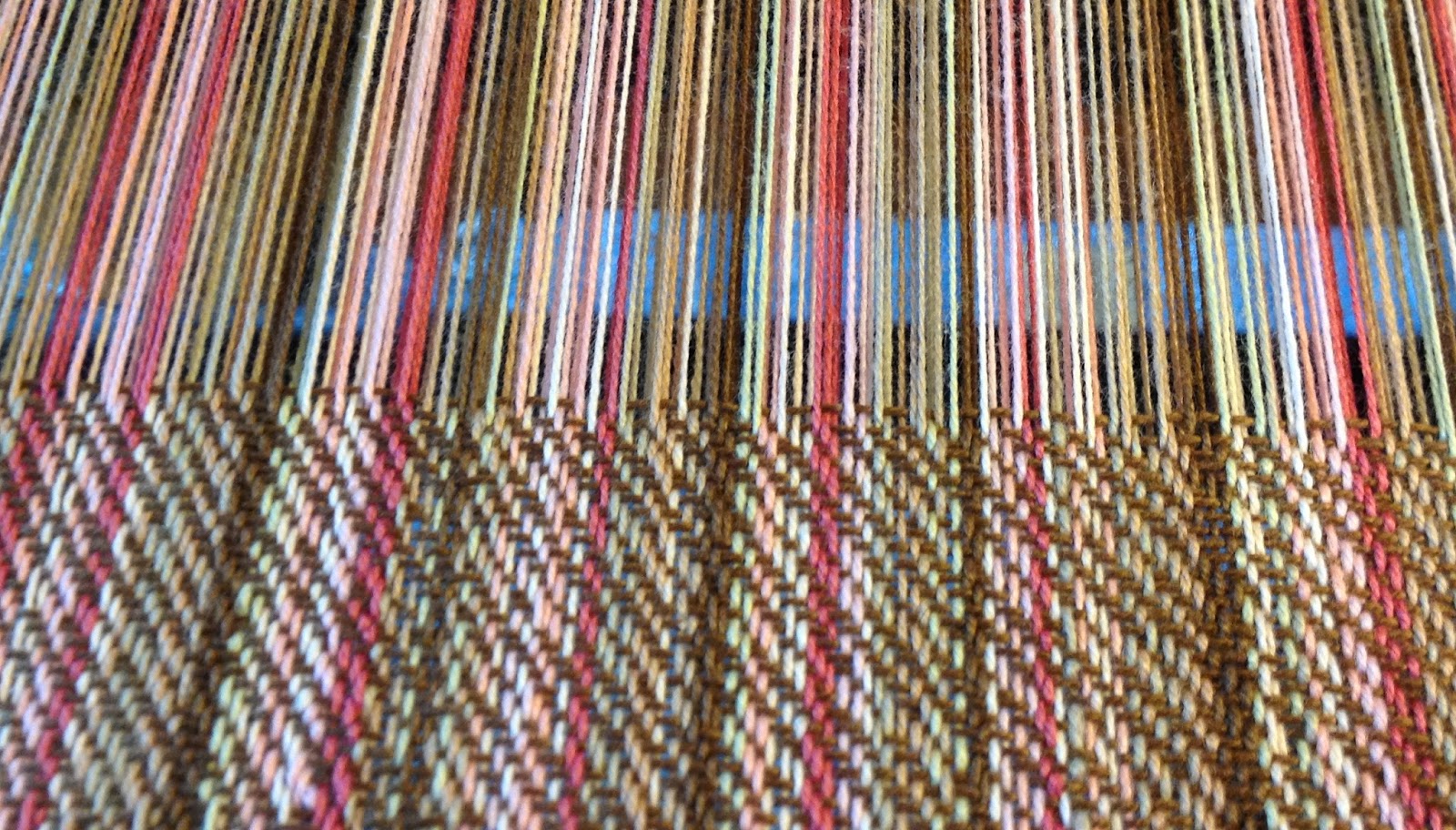 The baby wrap is well on its way.  I am loving it, and loving the loom again.
I am actually happy that it was me, and not the loom. 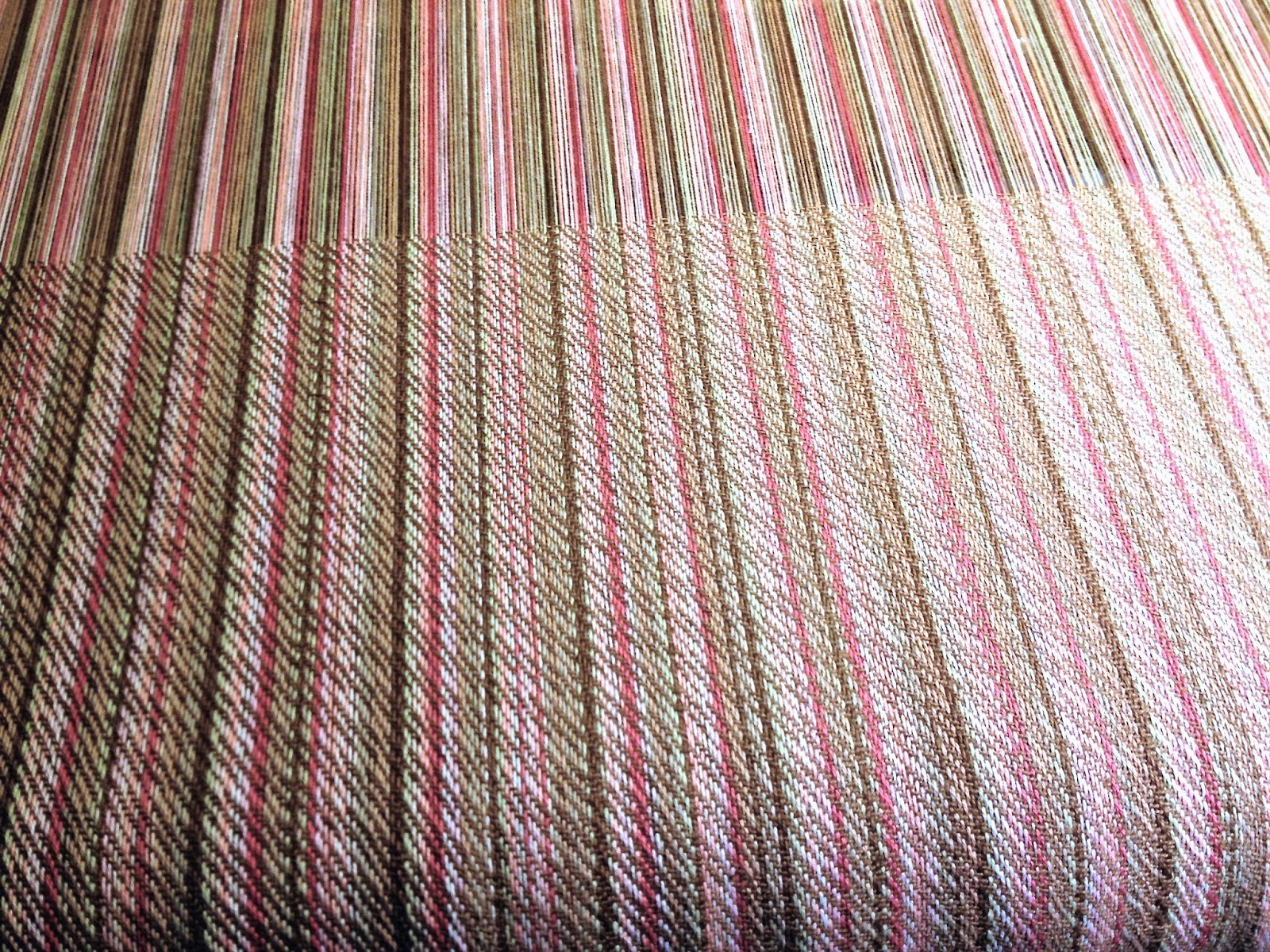 Two happy little chick mamas have been with me for two days.
Feeding, cleaning, checking for pasty butt, they have settled right into it.
They tried to talk me into letting them sleep out there.
That didn't happen. 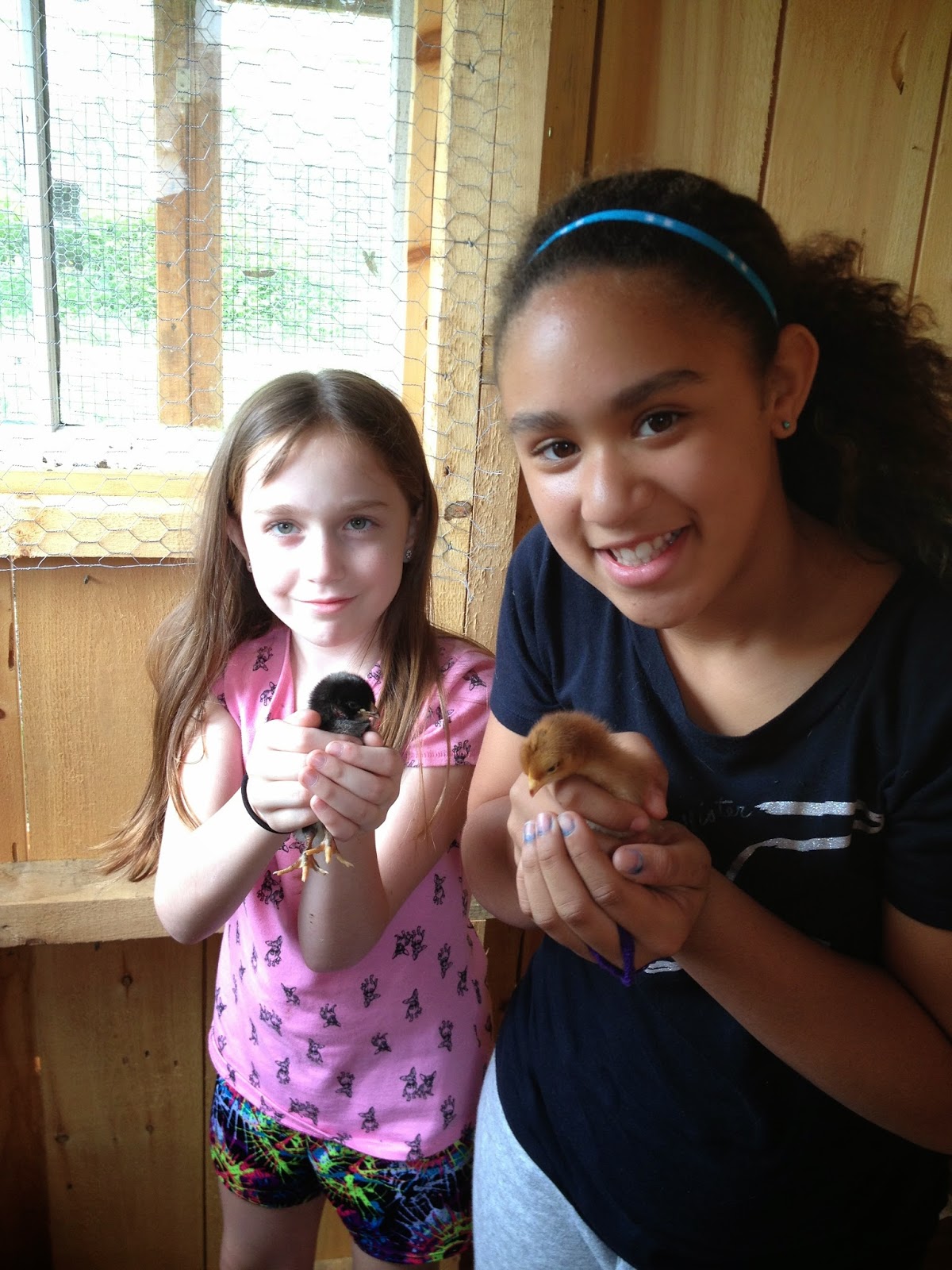 It's been a busy couple of days, but in a productive, happy way.

Today, on several different occasions, for long periods at a time, I had almost NO headache.

Gulp.  It was so alien, and such a surprise.  I felt giddy. 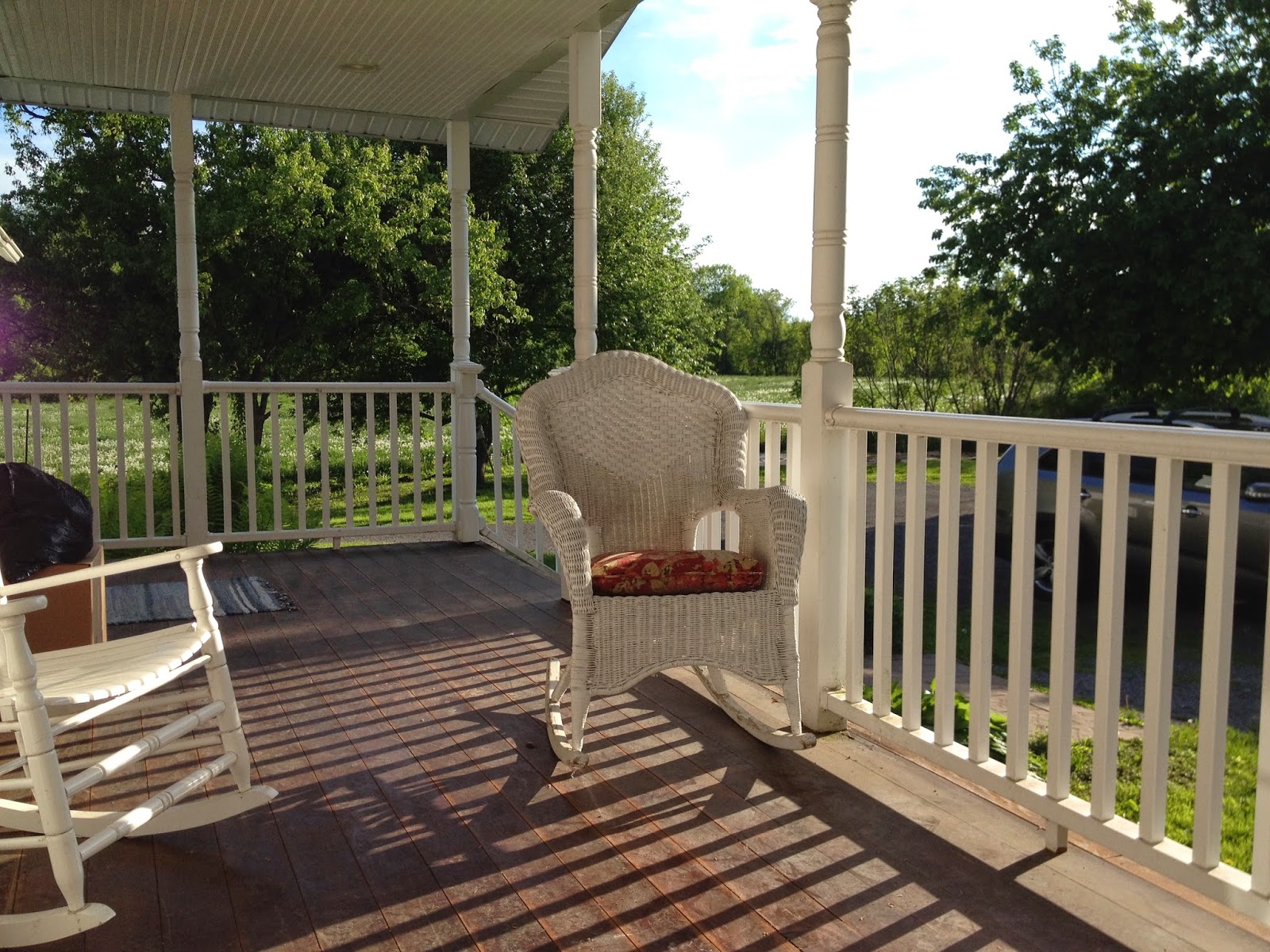 Yay, on all fronts! The baby wrap is looking amazing; glad you were able to out-smart the warp. And I completely understand the giddy over a pain-free moment or two. Enjoy!

So happy to read this post. Solving a problem AND good news on the headache front - well, what more can you ask for?

Beautiful weave!! I have two of your dish towels and use them daily. They are so soft an absorbent, not to mention beautiful!!! Such nice work!

You always remind me to be grateful for good health and long walks!!! So glad to hear you had such a good day.

Here's to many more such days! So glad you figured out the issue and can move forward with that gorgeous weave! ~chris

Your granddaughter is growing up so fast! And what a lovely girl too.. xox

Ohhhhh...no headache! That totally ROCKS!! Love the wrap and those granddaughters!!!

It all sounds good. Love the chicks.

I've raised chickens for over 20 years. My best advice: 1. Feed them boiled eggs. One per day, half a.m. and half p.m. for about a week. This isn't cannibalism. The egg doesn't become a chick, the egg feeds the chick while it grows inside the egg. The yolk is the food, the white is the water. It really jump starts them and I've never had a case of pasty butt. 2. Once you have finished with the egg, start giving them a handful of grass, dandelions, clover, etc (make sure it hasn't been sprayed) a couple times a day.