Thanks Karen over at This Old House
for telling us all about the phone app called Waterlogue.
It is my go to for treating boredom, you know the kind, waiting in a doctor's office, or whatever.  I try to take shots that I leave on my camera, just to have them to play with later.

This is an old dead flower out in the garden. 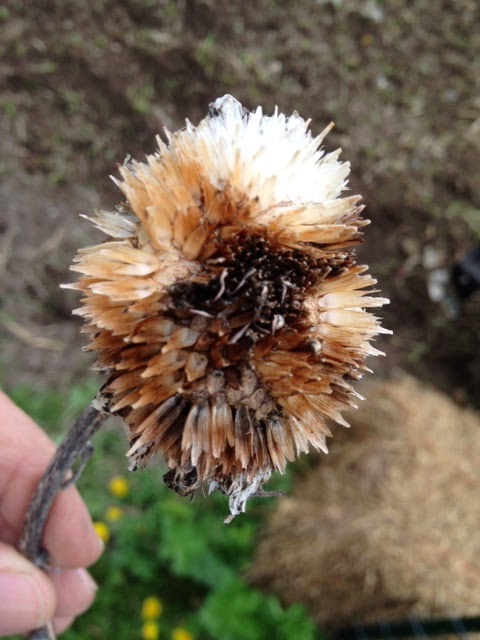 And this is the Waterlogue I made from it. 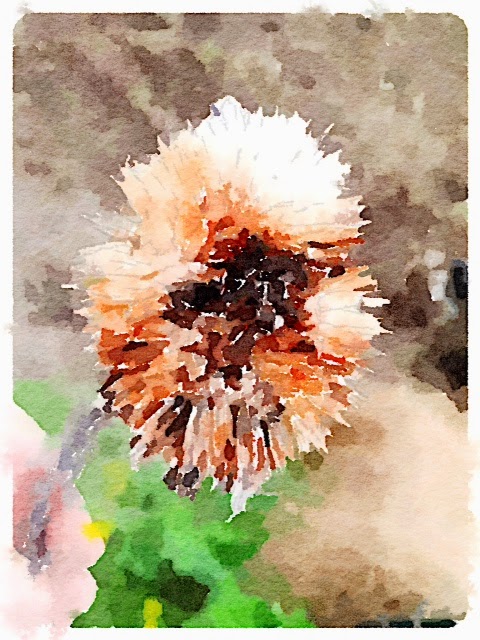 After getting a lot of stuff done this past weekend, Lois and I finally got to tie up the Cranbrook.
For any of you who have struggled with a countermarche loom, do not despair.
We hate that part of it.  H.A.T.E.
But we love weaving on the Cranbrook, once we finally get it operational.
So under the loom we go.
Not an easy feat, like I told L, we aren't spring chickens anymore.
She just grumbled.

And glory be to the HEAVENS, with only one mistake, which we quickly fixed, it was UP and RUNNING.


L is playing with the first rug.....which is hard to see the pattern in  when you are sitting at the loom, but from just a little distance, you can see the rosepath design working.
I can't wait to try it.
And we put 30 yards on the loom, enough for a couple of our fave weaving friends to try it out, too. 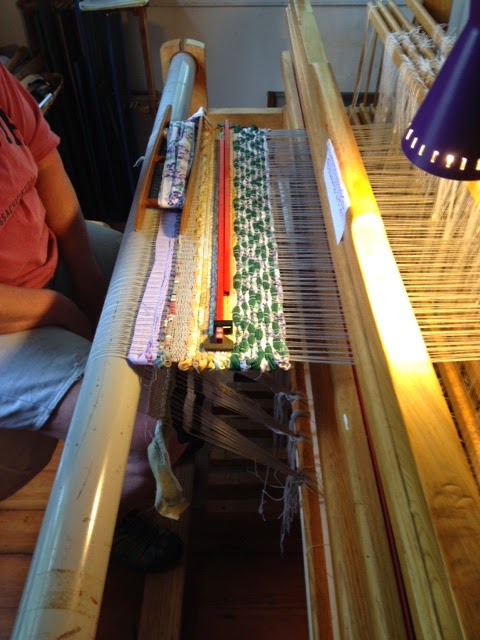 I am getting ready for a weaving weekend/bootcamp, so it's time to get the house in order.  We have a brand new Miele vacuum, which we have sorely needed. 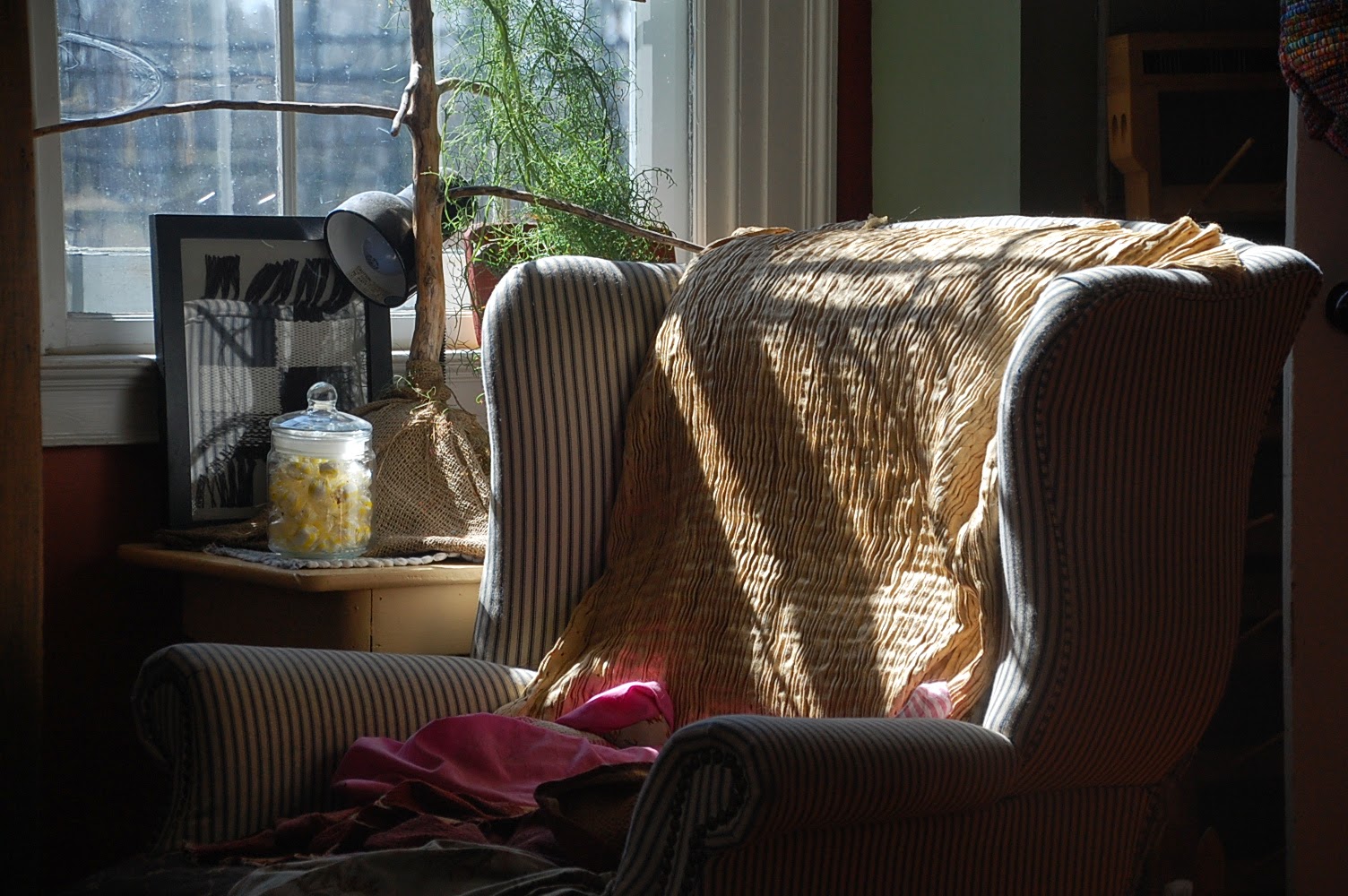 And outside, it truly is spring.  Today I rototilled the garden at the studio, and it is just intoxicating to see fresh earth, and no snow in sight. 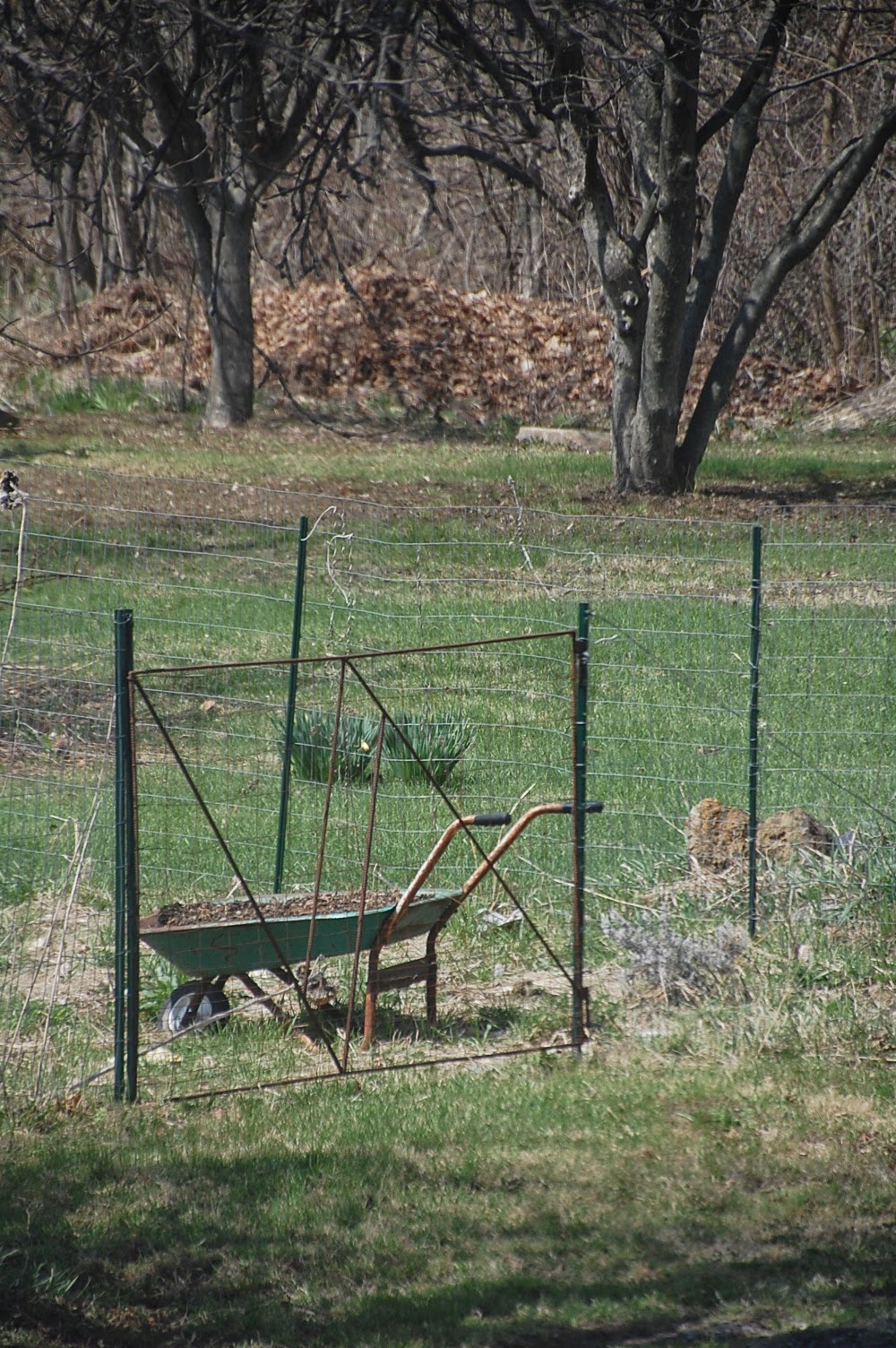 I love the feeling of things getting done.  And while I can't do all the things I want in my "new normal",  as long as I can figure out ways to get them done,  I'm ok.
I have given up trying to maintain the acre or so of lawn at the studio.  I hired my neighbor to take care of it, and what a freaking relief.   I resisted that for way too long.
I hired someone on Craigslist, someone who has actually worked for me before, to help me move all the construction debris off the porch.  A wise decision.

I still do what I can, and sometimes, I do too much.  But I learn, and I adjust, and then I can  spend more time doing what I am able to do.
And isn't that all we can do, anyway?

hahaha.. I graduated college 2 years ago (I majored in art/weaving) and bought a cranbrook on craigslist and could never figure out how to set it up! I learned on a jack loom, ya know..?

Then I started working a lot and it's still partially assembled in my family room, lol.

I am sooooo glad you are delegating the menial tasks to others, so you can spend more time doing what you like and need to creatively do! It's hard to let go of some things, but adjusting and doing what I can is what gets me through the day. I like seeing you accomplish more and more each day of the FUN stuff~!

And aren't the little works of art you create with that app amazing? You could put that dead flower image on a notecard and sell it! Beautiful.

i love waterlogue app … its such fun

Rototilling? You ROTOTILLED??!! I can't imagine that your neck liked that! That would have been one of the first things I hired out.