The box that L built for N & N is now inside, and has been converted into a cat tower.

After much complaining by the "Fab Four", she changed the initials.
She put the letters in order of how the cats arrived at Crazy as a Loom.
Kizzy came first 2007, then Miss Puss, a few months later, then Jinksie, spring 2009, and last but not least, Sydney, in September 2009. 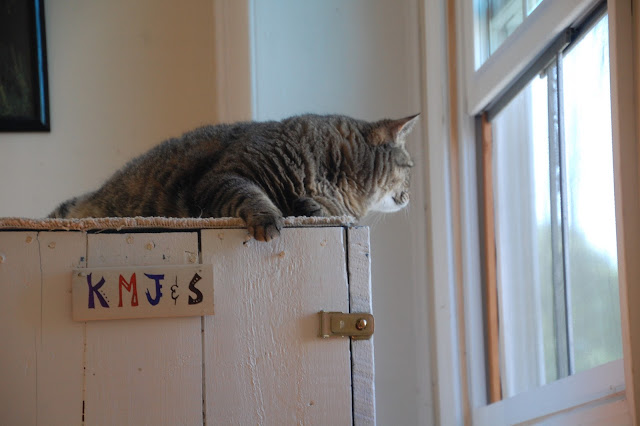 Kizzy is my little manx cat.  Uh, did I say little???
He weighs TWENTY lbs. 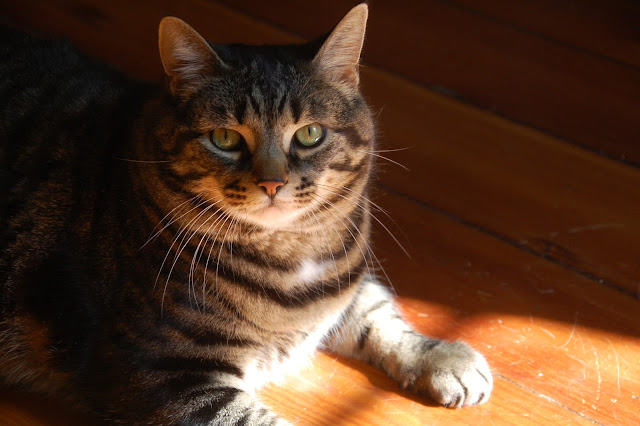 But oh, my, is he handsome????
This photo, as well as the one above, were taken by L with my camera, when I thought she was weaving.  Ahem.
Great shots, though. 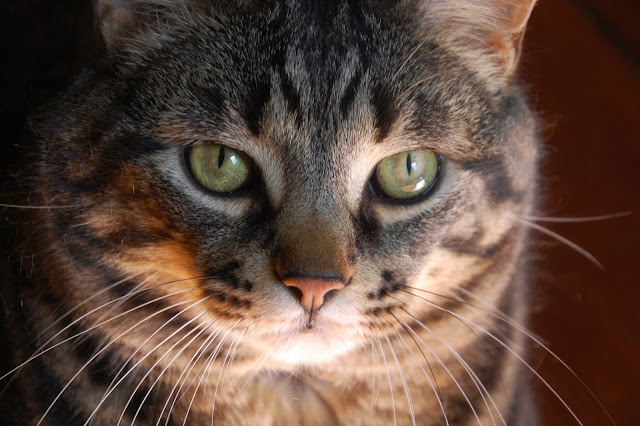 And then there's Nexxie, who came a year ago.
Today it was raining, so I took him on the inside porch with me for a while.
He cried LOUDLY the whole time, and wasn't happy until I let him out on the outside porch.
Which he calls home.

Winter will be a different story.  He'll have to cry.  I can't leave him outside all winter alone.
ALTHOUGH, there IS a black cat lurking in the tall grass behind the shed.
I don't think Nexxie likes him though, if the frequent wounds from fighting are any indication. 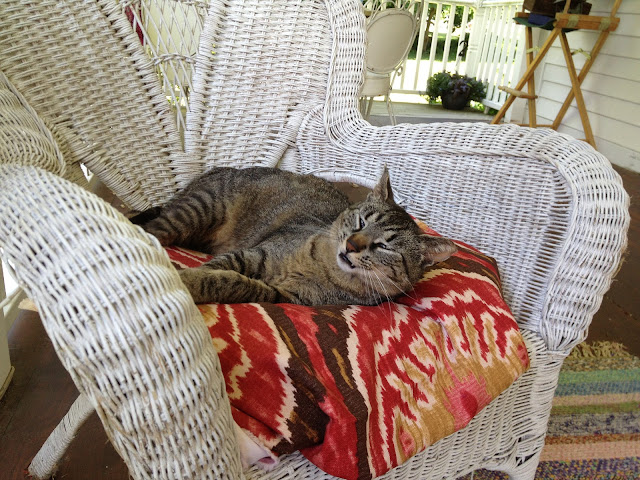 I have a busy weekend coming up.  I just wanted to stop in and say hello.  Change is on my mind, but I am practicing patience.  Or trying to.
Good things take time.

kizzy is a handsome and BIG hunk of a cat! :)

Lovely photos ! WOW ! that's a heavy kitty ! Our vet said our Harley was heavy at 15 LBS . Thanks for sharing ! Have a good day !

These lovely kitties just warm my heart. I love them all. L is a portrait photographer, I see! Nice job!

Oh yes they do. They take time. And those are a couple of beautiful shots that L took.

The camera, L and you clearly love those kitties. What a handsome beast. And a lovely set of photos. Change is good.. patience a gift.

I love you porch and the loveliness on it.

Those photos of your dear cat are amazing! What kind of camera do you use? The sunlight in your studio and home is stunning too!