So when Dave from Louet was here Saturday putting my loom together,

I figured since it was a MeGAdo, then it was an OcTAdo.....but I was wrong. 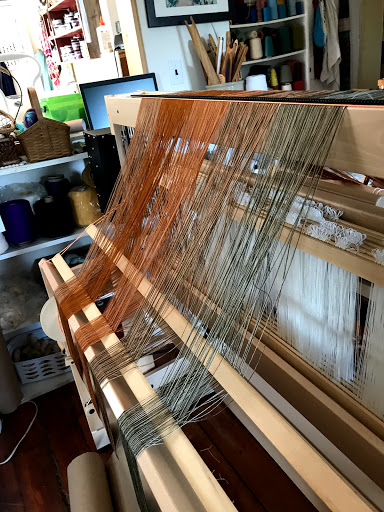 I have never warped this way, but since I did not buy the sectional beam, and there IS a raddle on top of the loom, I figured I’d better try it. 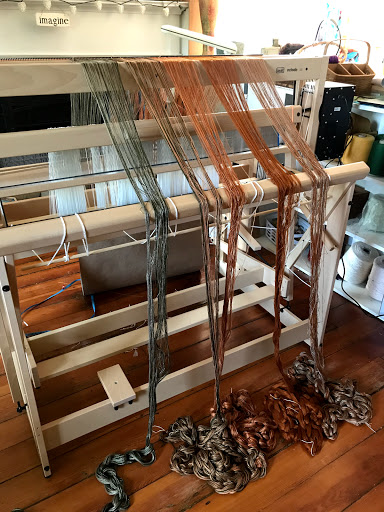 I was interrupted this afternoon by our electrician, who came to rewire  our well pump.......and it turned into water spraying all over the basement, a useless search for an available plumber, and a save by my neighbor, thank God.  So we have water, nothing was rewired, and dirt was tracked through the house from the cellar.

And eventually, I did finish threading and slaying the OctaDO. 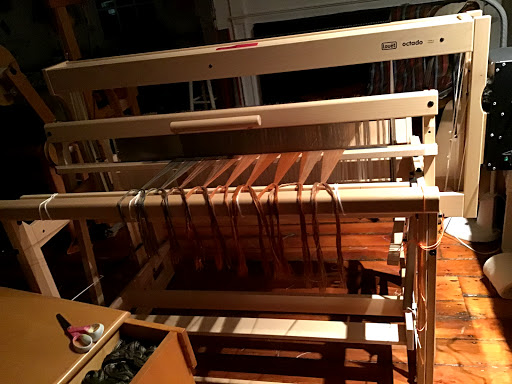 It’s ready, so first thing tomorrow I will be firing it up.

And yes, I got the electronic interface.

My decision was based on the number of repeats, a mechanical Dobby does have its limits.

I actually got quite a bit done this morning, before I went into the studio.

I used up some leftover broccoli, added some scallions, some feta cheese, sprayed each cup, and filled them.

Last night’s dinner, I cooked too much, as usual. 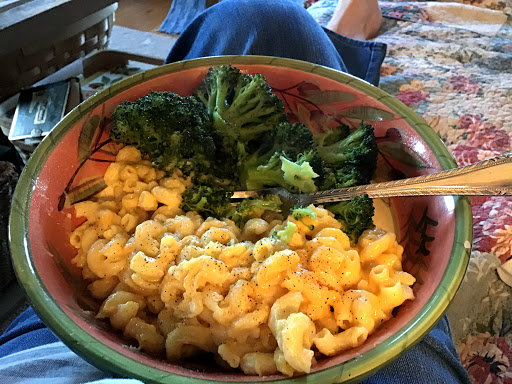 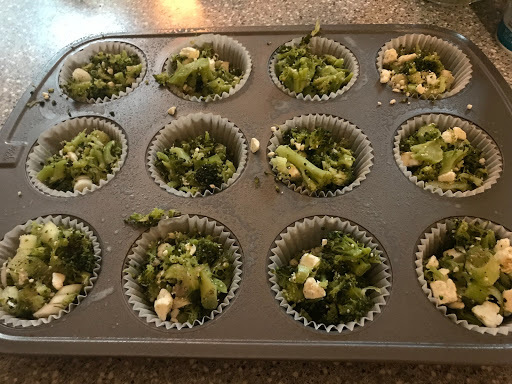 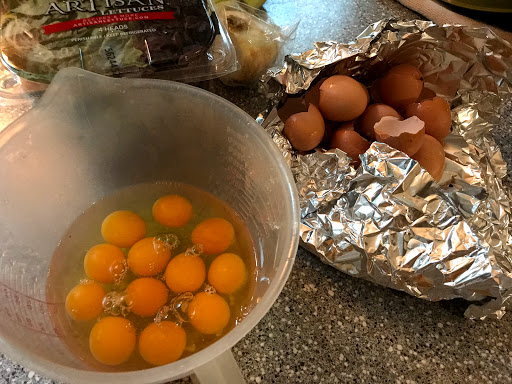 Just beat them up, add them slowly to each cup. 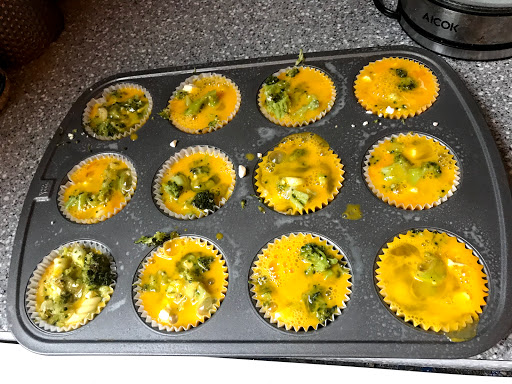 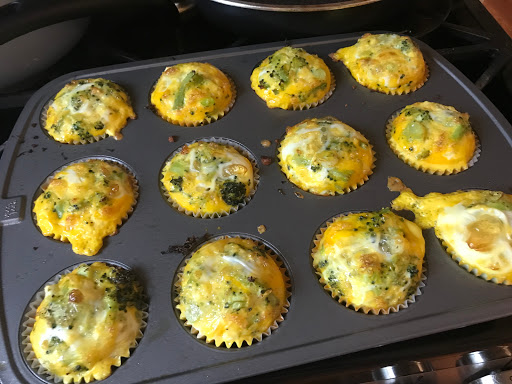 After a busy day, which included a three mile walk between rain showers, we have crashed on the couch. 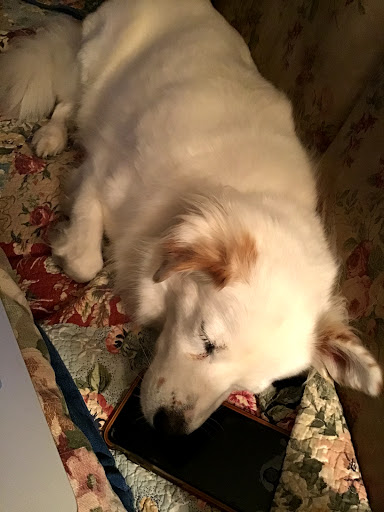 I love fixing meals in muffin tins. It seems like just the right size - one or two - for a meal. I had forgotten that I used to do that and freeze the remainder. I need to pick that habit up again.

Yum to the egg muffins. I want one! And I am in love with little Naya. And you, too, Hilary. Glad you have a new toy. :-)

The Dutch language lesson made me smile and think of the song DO REI ME. Lovely loom no matter how you pronounce its name.

We had our garbage disposal and water softener die in August, and so an unplanned $2000 expense. I would have really liked to do something else with that money, but alas....home ownership. Enjoy your muffins!

Thanks for sharing your experience. The problem with a bad electrician is that they only look at the electric part without thinking of closing the water tap first. On a funny note, I wanted to share this funny post on electricians - Electrician Memes

Beautiful photo of the pup.

Do you have any video of that? I'd like to find out more details.
D2bet