This morning while weaving, I realized that my shuttle was going in the wrong direction on one particular shot, and I muttered, "Wrong way, Corrigan."

That immediately brought my father to mind, because he said that a lot when I was growing up, and apparently imprinted it in my brain, along with a whole host of other stuff.
So I pondered about it, and realized that I didn't know where that phrase came from.
So I googled.

It seems that a fellow named Douglas Corrigan was denied his application to make a nonstop flight from New York to Ireland, because his plane was deemed unsafe.
So a couple of years later, in 1938,  he flew from California to Brooklyn,  and when he was supposed to return to California, he flew the "wrong way" and ended up in Ireland, after all.  The story is quite interesting, and you can read it HERE
And that's where the saying "wrong way Corrigan" comes from.
FYI


The other day I took Lois to lunch, I think it was my turn.   We were the first patrons of the season at the Up River Cafe. 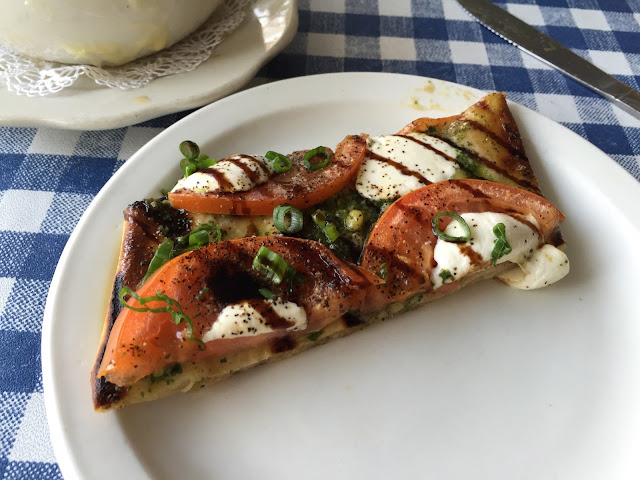 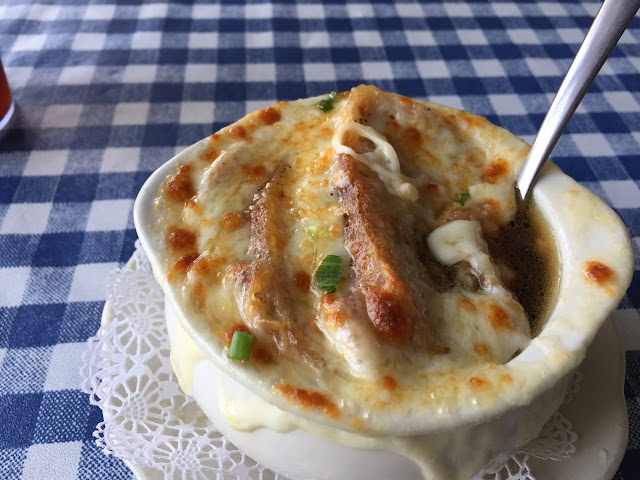 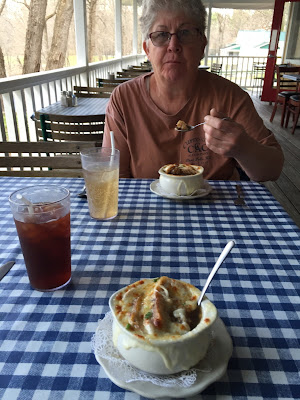 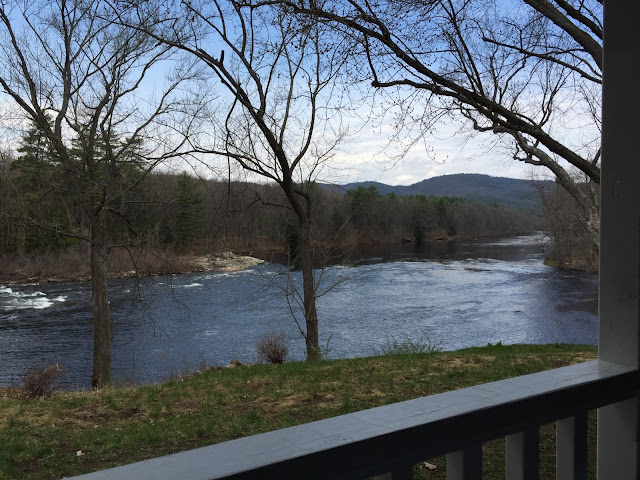 The "Circles" baby wrap is finished and gone. 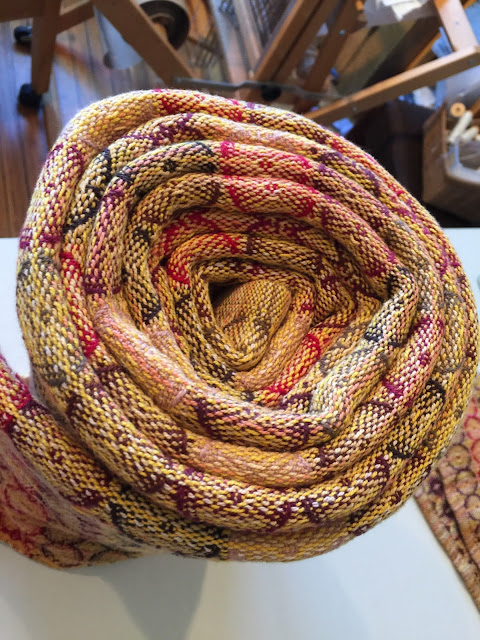 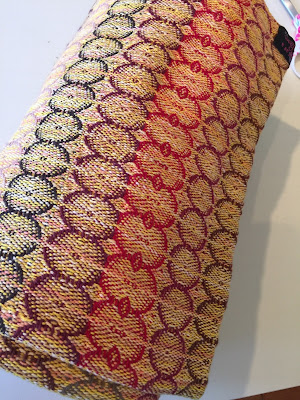 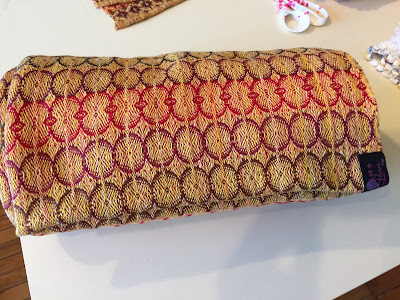 Today I did some weaving, then I did something I have wanted to do for a while.

I made homemade pasta. 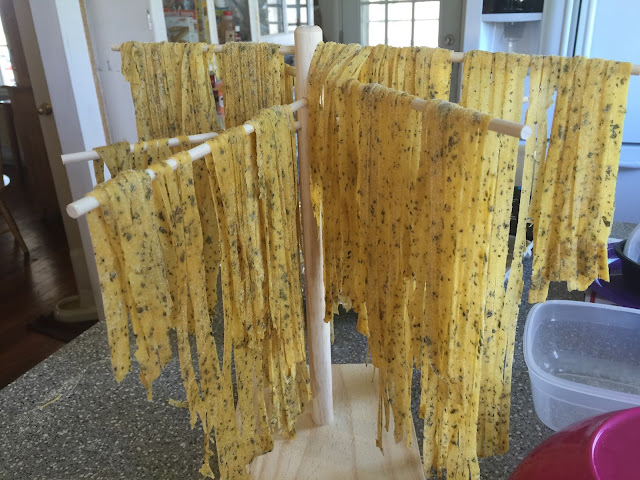 I must say I did ok for my first attempt.
And it was delicious.


Then I spent the afternoon with my granddaughter.   She is very musically inclined. 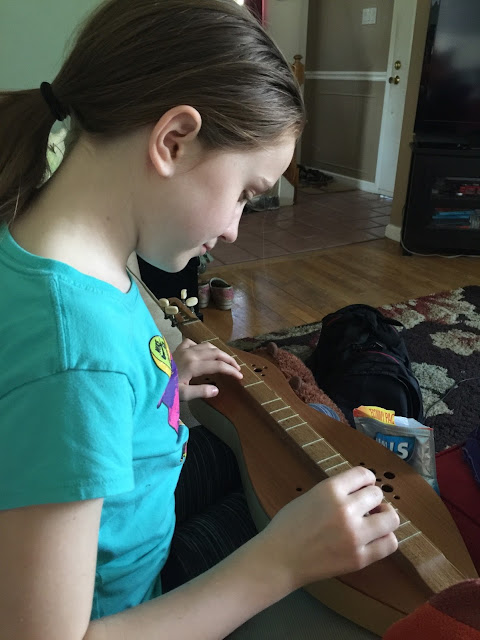 Later today, she had her long hair cut, and donated 9" of it to cancer patients.

I love that girl.

Wow, fresh pasta...I should be taking a road trip to your house!! LOL I love the baby wrap, so very pretty.

Children are special, grandchildren even more so...I'm glad that you enjoy special time with her.

Wow! That pasta looks amazing! And your lunch!!! Yum.

I like this post so much! I never really thought about where "Wrong way Corrigan" came from, but now that you have enlightened me, that's so cool! There are sayings that make me wonder, and now I am wondering which ones those are...too early after a relatively sleepless night. I used to have a book that explained these things. I think I forgot it at work some 35 years ago!
Your grand daughter is fabulous. It is good that she thinks of others at a young age, shows that her parents, and grandparents have done well in showing her the way.
Your lunch looks delicious. Yes, Lois SMILE!!!

You are truly blessed with beautiful grandchildren. Oh, that food looks divine.. all of it.

The baby wrap is lovely what a lucky baby. Love the shot of your granddaughter

I love the up river cafe !!! Such great food. Your pasta looks so professional and Yummy!
Your so blessed to have such wonderful grandchildren.

before i read the caption i was wondering what you were going to weave with those lovely speckled strips of cloth!

Lovely weaving. Good for your granddaughter.