A girl and her staple gun.

Oops, I did it again.

I couldn't resist, but then I never can.

It's a Schacht 46", 4 H, maple loom in excellent condition.   One day after I saw the ad, it was home in the studio.  It will be my designated "throw" loom. 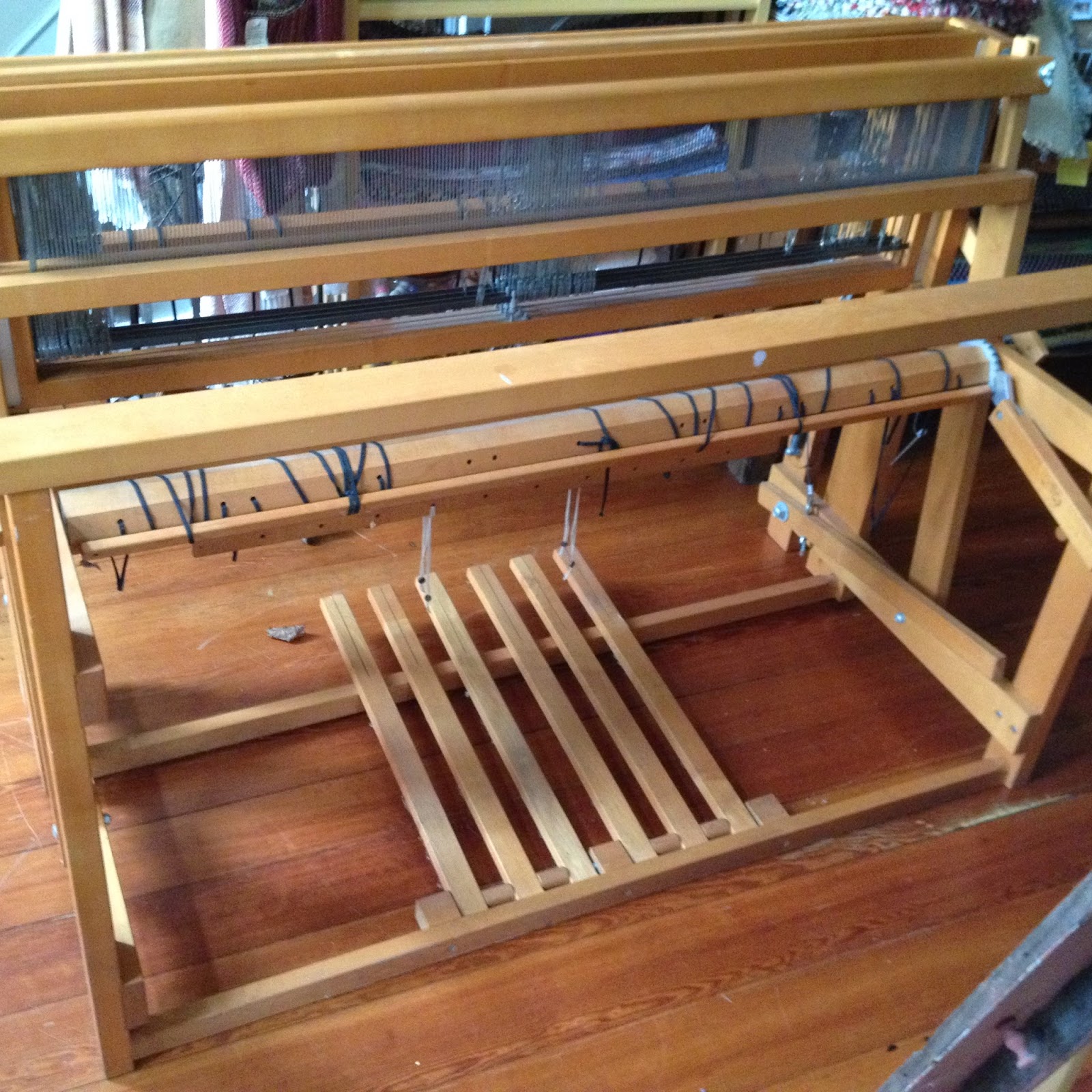 Today I had some outside work to do.  I have been worried about the wind coming in the opening to
the chicken coop.  And I want them to have a place that gets warmed by the sun a bit, but out of the wind.
So I went out with my staple gun, and a long lead cord, and a roll of plastic. 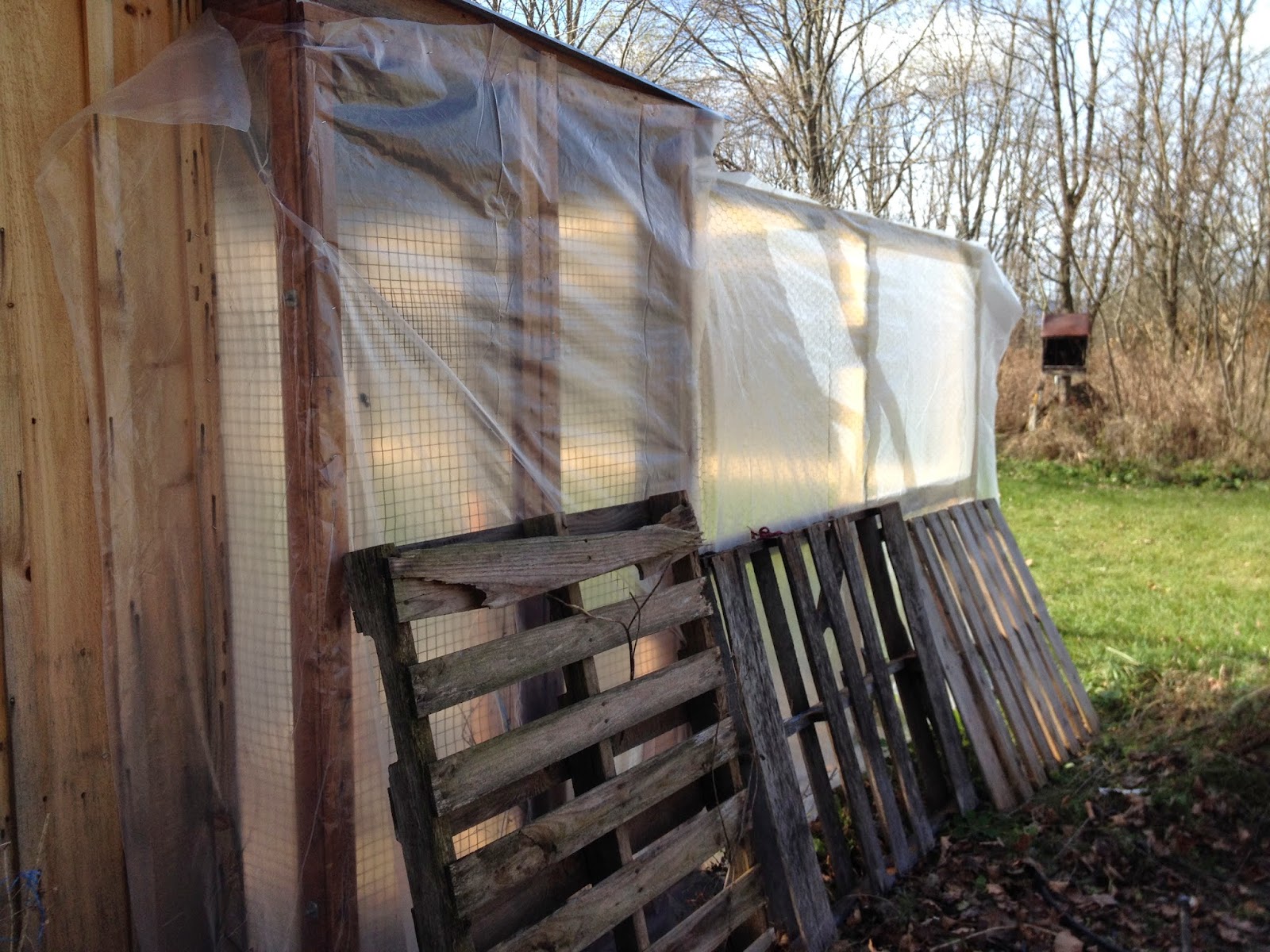 The little extension area with the roof is now protected from the wind a bit. 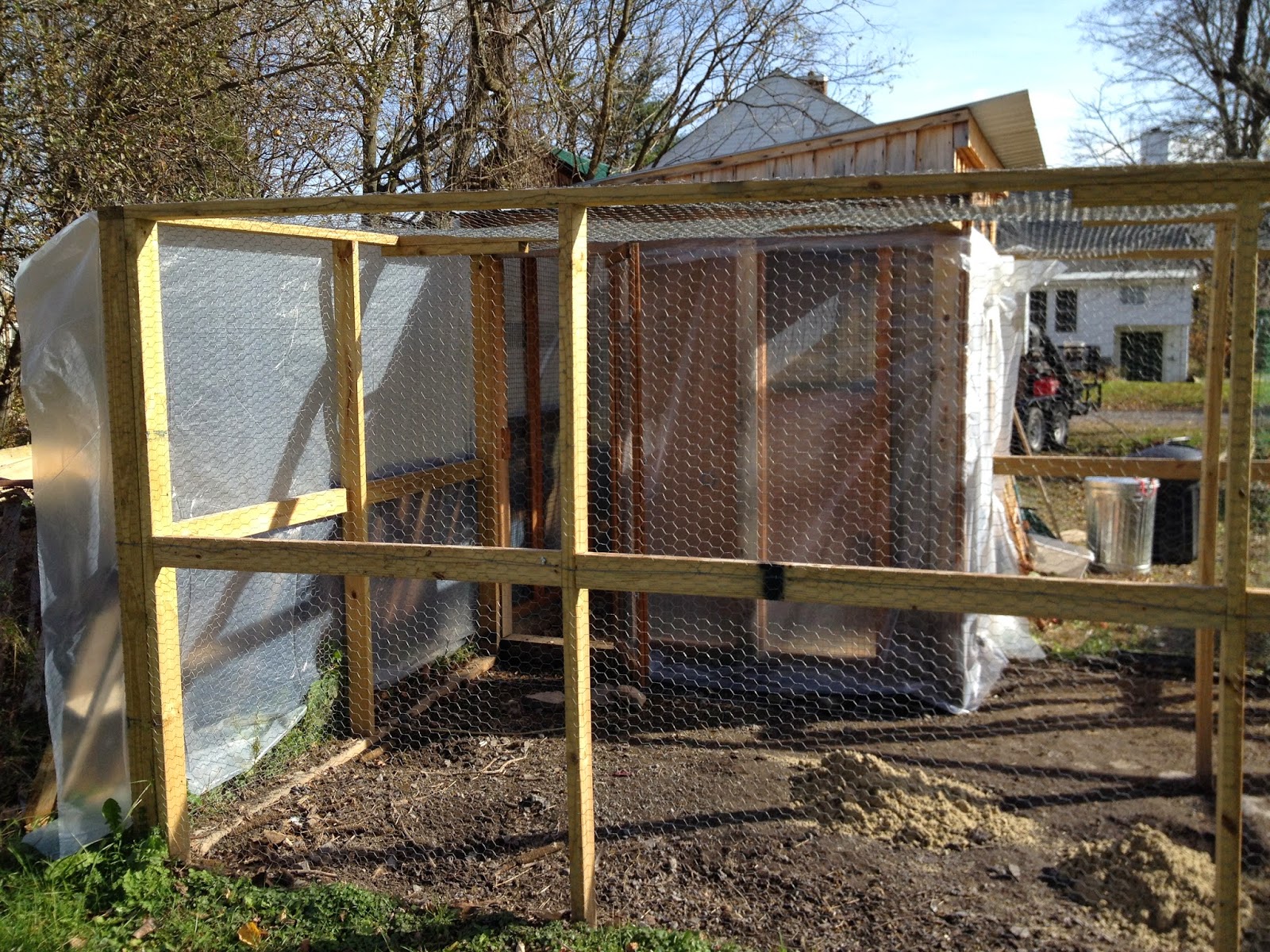 And then I dragged in two fifty pound bags of sand for the girls to "bathe" in. 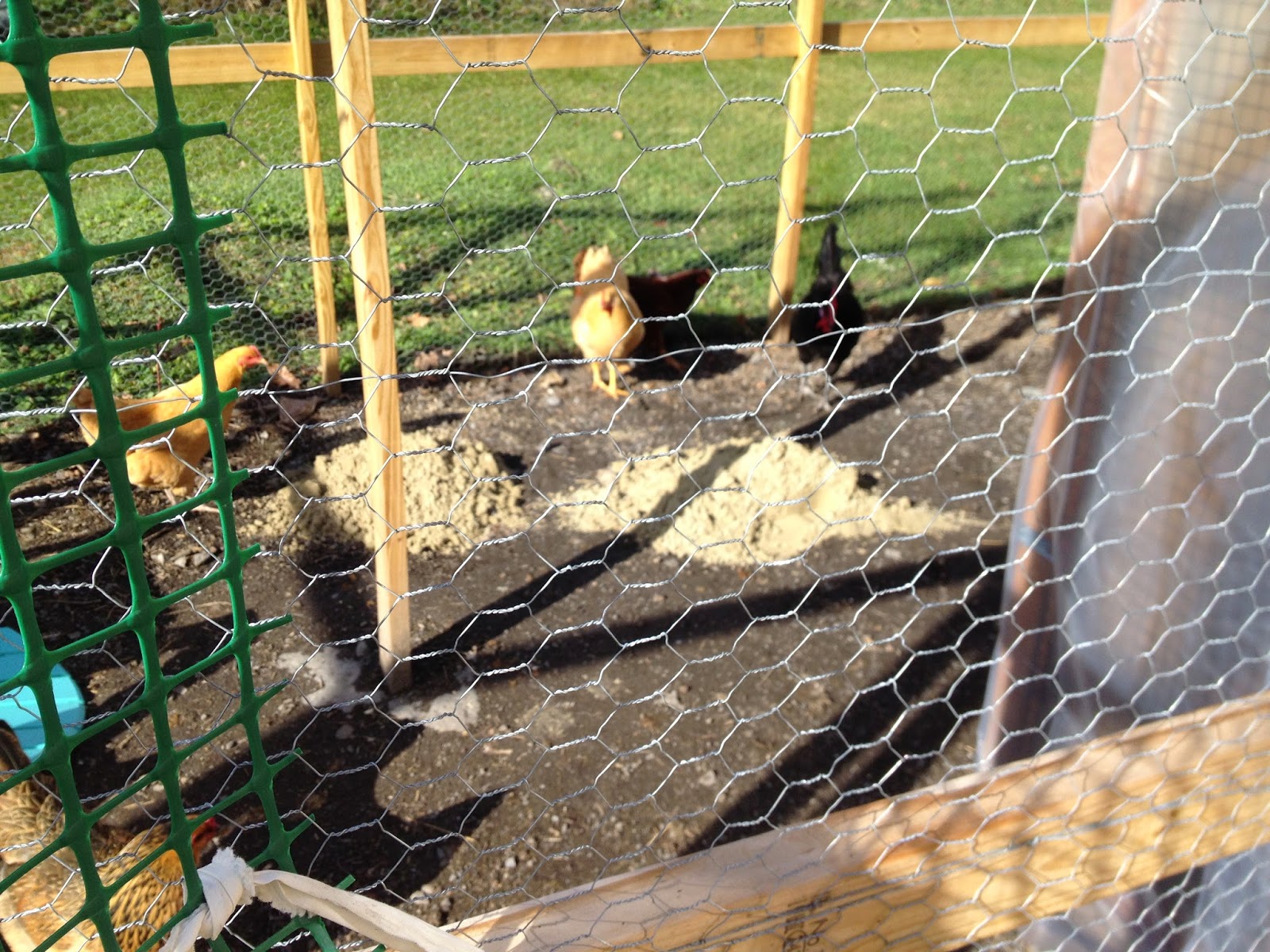 Then I put some plastic boot trays under the roosts, since that is where all the poop lands.  We'll see if they stay put, or if I have to come up with some plan to keep them where I want them. 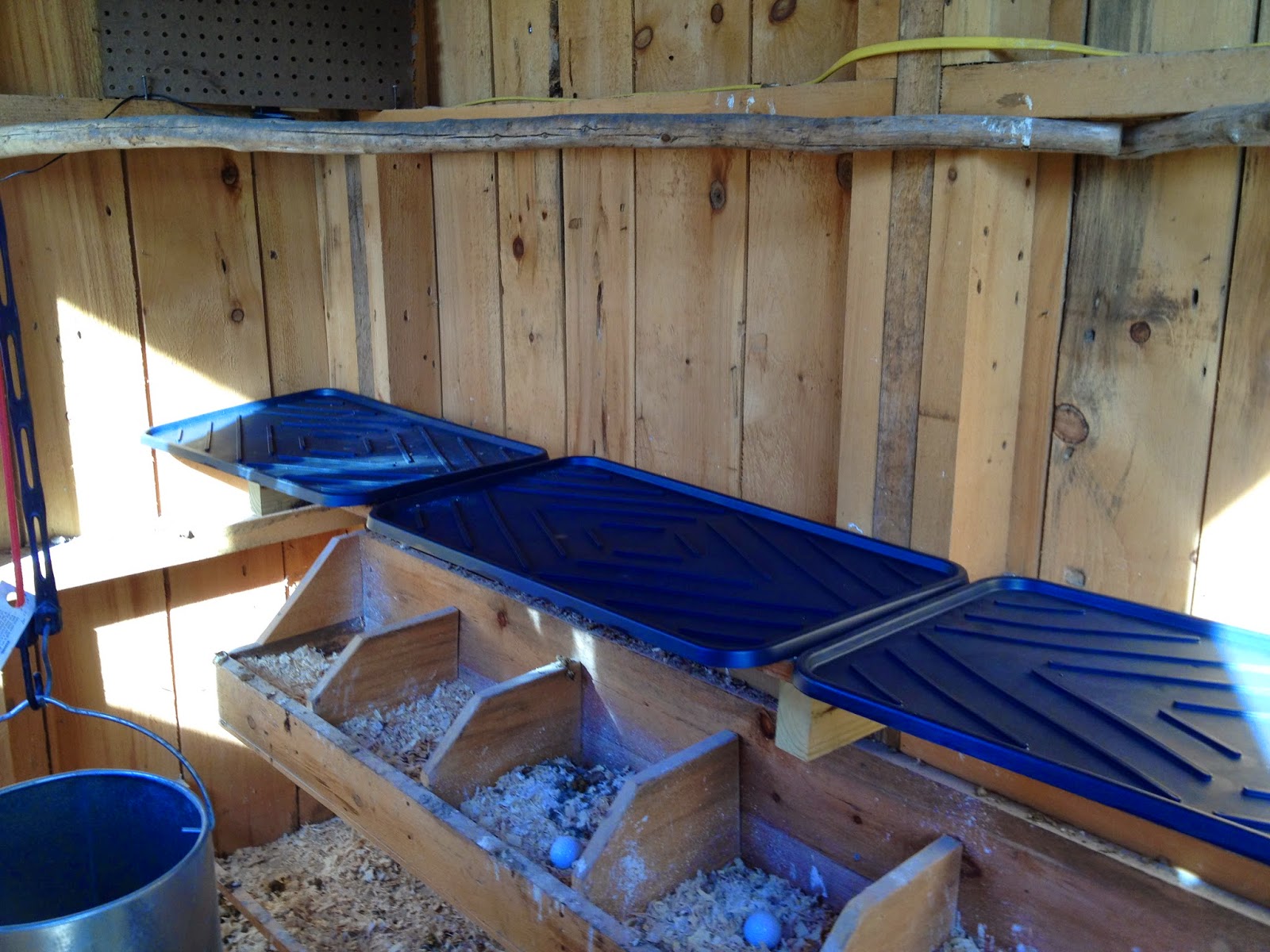 And it's getting cold in the north country, so it was time to put the water heater under the water.

I was concerned about them pecking at the cord, so I wrapped it in chicken wire to make it more difficult, but if anyone has a better idea, I'd love to hear it.

I guess it's not necessary to insulate the coop, although it seems like I should. 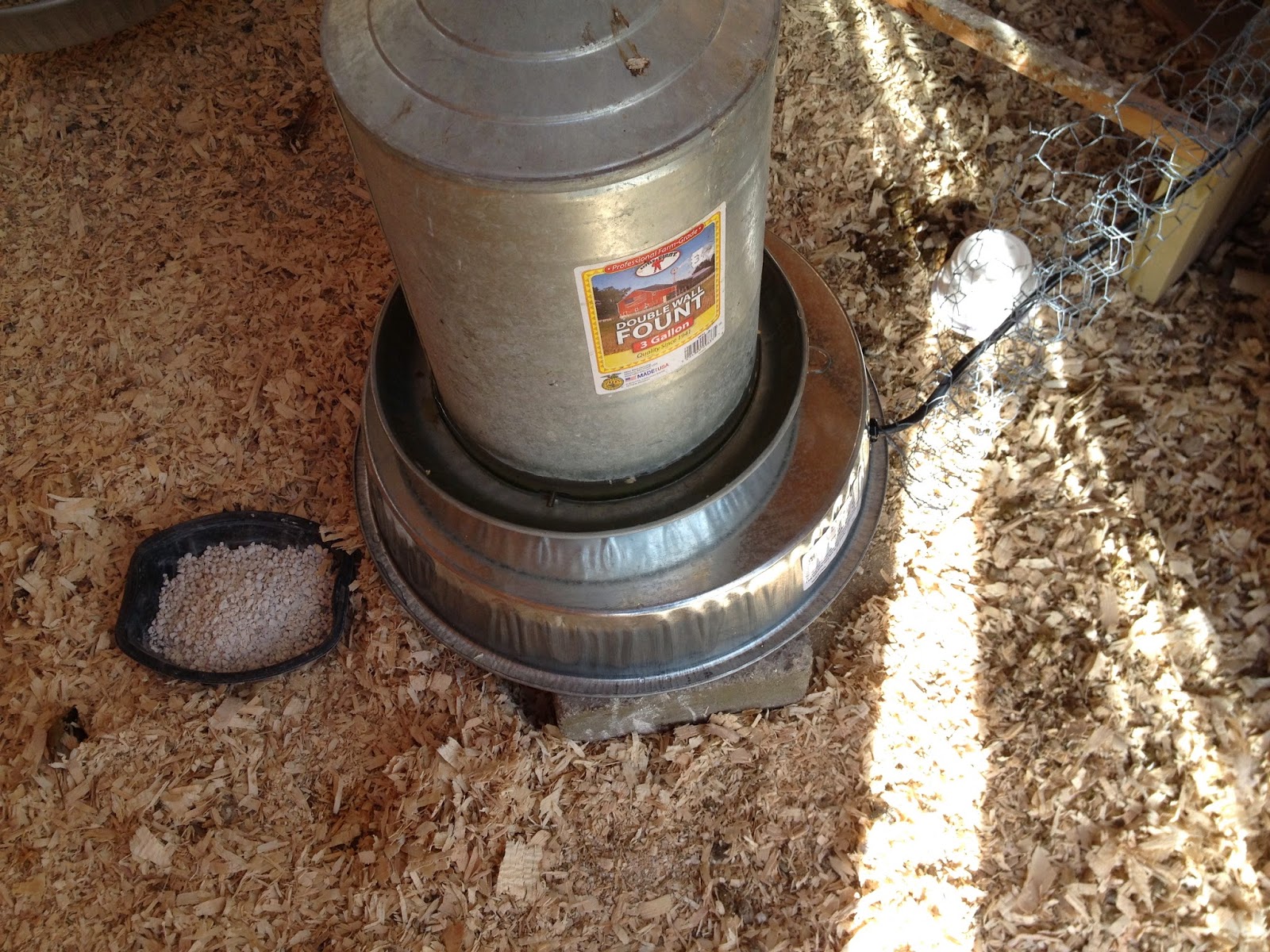 Then I spent a little time weaving on my new towel pattern on the AVL.  The studio was quiet and I was loving it.

I like having the AVL in the front room.  When I get cool, I just flick the switch, and the gas fireplace comes on.
And I thought I wanted a wood stove.  What was I thinking??? 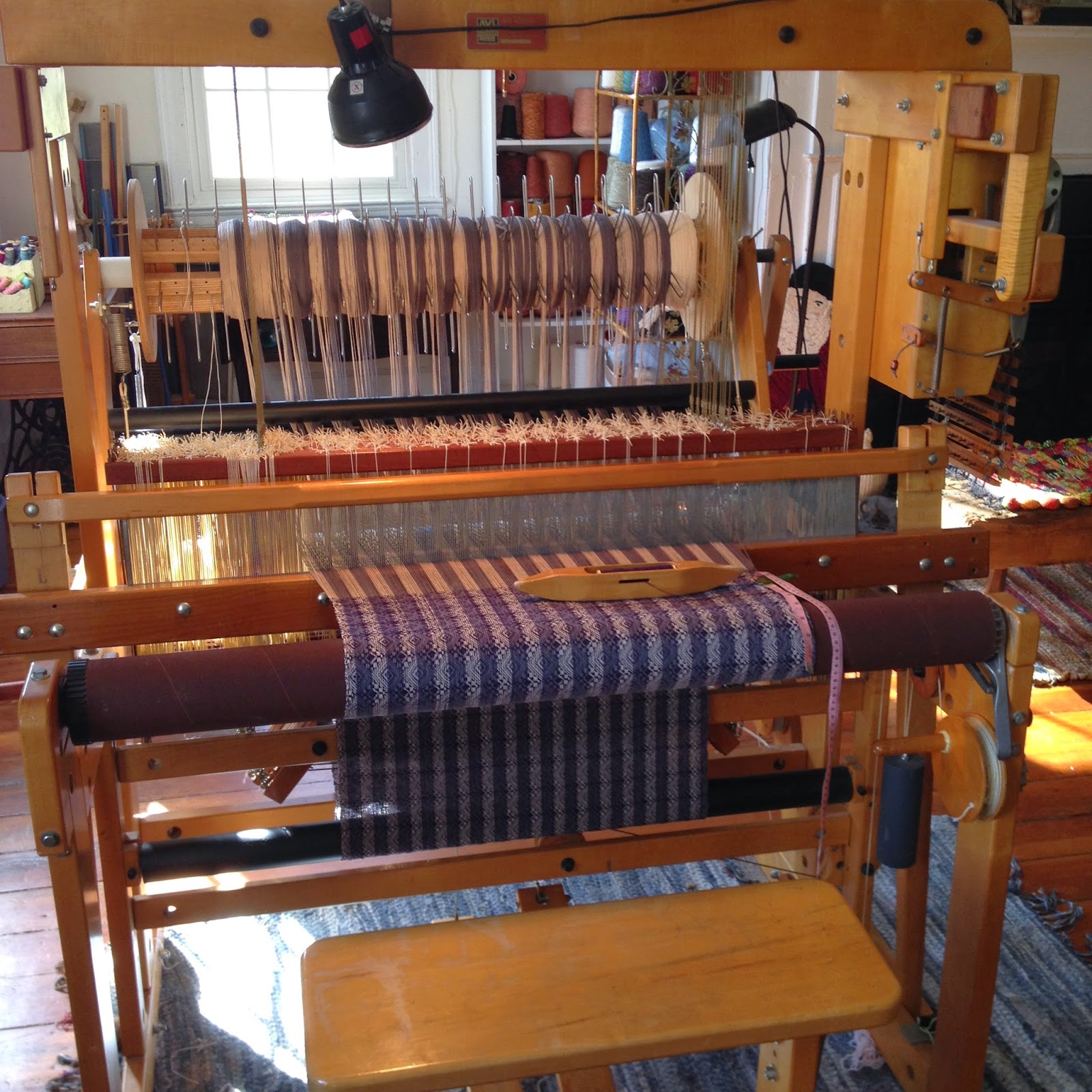 This has to be my favorite pattern to date.  I just love it. 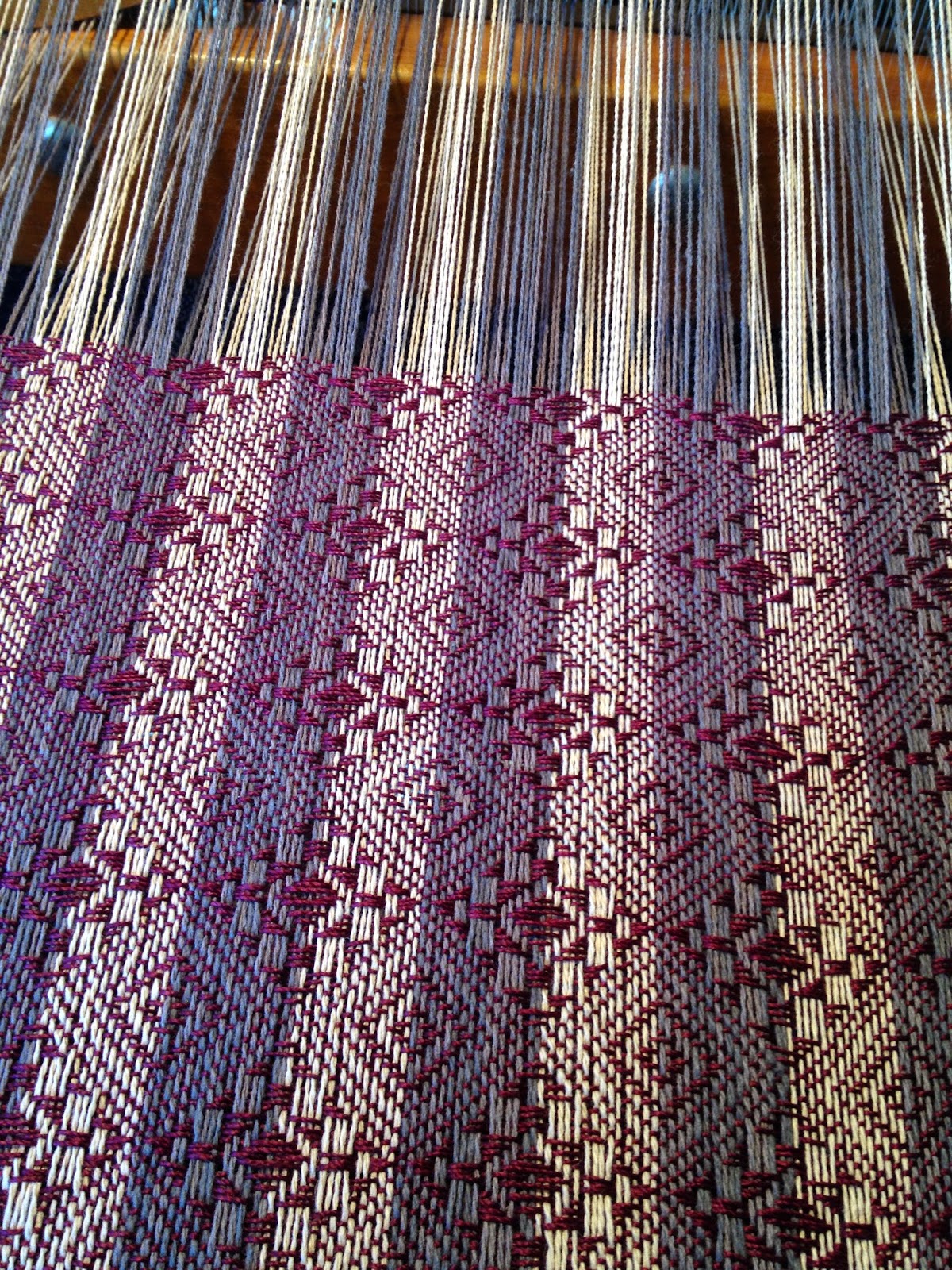 My rearranging the studio has begun to take shape, and it feels good.  It feels right.

The Coop is looking good , do you have a heat lamp in there for them ? that will help keep them warm when it gets chilly that's what we did for our chickens on the farm it helped a lot in the cold ! Lovely loom Thanks for sharing have a good week !

You don' need to insulate your coop, but your chickens will be happier if their roost was a flat 2 x 4. That way, their feet are flat (they really aren't grippers...), and their bodies will cover even their toes. I've had chickens for years, and switched over to ducks a year ago. I have muscovies (the ugly ones) and Welsh Harlequins (for eggs). I had low's last winter of -14, and the only frostbite I observed was on the mucovy drake's "knob" over his bill. It healed fine with no interference from me. I've been thinking about hooking up the heated waterer for the two bantams that I have, but so far, haven't had to - that's changing this week.

Love your loom, and the pattern is really cool!

If you add in a red heat lamp, you'll probably get eggs most of the winter. Love your tray idea!

Clever wind break! For the cord you don't want them pecking, is there any taste the chickens cannot stand? You could smear the cord and the chicken wire with that taste, so one peck and they are turned off from it. Something like Bitrex or if they hate hot sauce, Tabasco.

very classy classic pattern .. and i love how you've been taking care of your grand daughters chickens .. ;-)

Cord protector that I use for my rabbits (who are attracted to electric cords): go to a pet store with a good selection of fish tank supplies and buy a length of the widest diameter plastic fish tank tubing (it's clear). Take a knife and slit the tubing lengthwise, then split it open to enclose the cord. It will snap shut around the cord and since it's very tough, the chickens (in my case, the rabbits) can't get to the cord encased by it. A not very expensive solution.

How about a pvc pipe to cover the cord?

Love the new loom. Love the pattern on the weaving you're currently doing too.

I'm looking for another loom. Wondering if you prefer one brand over another. I only want a 36" this time. I don't do a lot of fancy weaving, just want a 4 shaft 6 treadle. Thought about a 22" or 24" but don't want the X beam legs, I want a H shape floor loom. Any suggestions?

I love how you care about your chickens.... cold winter winds can be so hard on any bird variety, in fact I was just reading an article last night about helping birds during the VERY cold months of the year.

Love the pattern too!

You are amazing! xoxo