You're not going to believe this one.

She strikes again.   That cat hater.  You know the one.

Seriously, L does not hate cats.  I just pick on her, because she is always saying what pains they are.
Although, I do not actually think any of the them "twisted" her arm to make this "cat house".

Yesterday Kizzy was on top of it, and Jinksie was investigating the bottom. 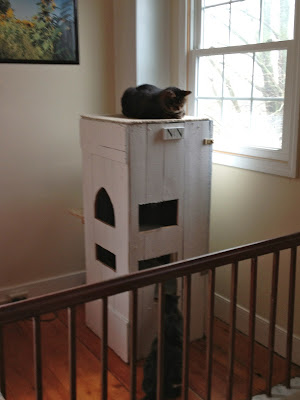 She originally made it for Next and Nuff.
They weren't interested.  They wouldn't go near it.
What disrespect.

They preferred a big cardboard box surrounded by bales of hay.
Go figure.

L was not to be deterred. 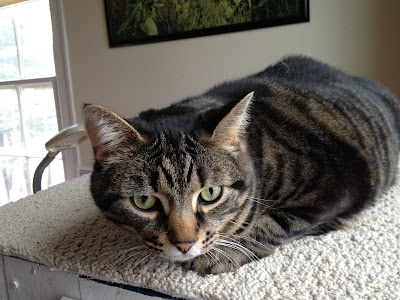 She got her sister to help her drag it upstairs, so she could position it in a sunny south facing window.
(she wouldn't let me haul on it, something about my neck)
She put carpet on top of it. 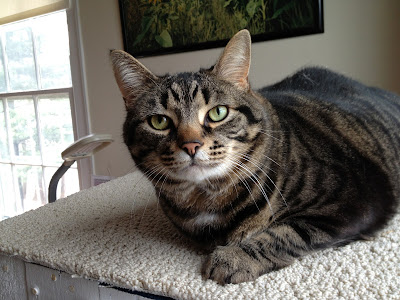 I think that Kizzy wants to lodge a complaint, though. 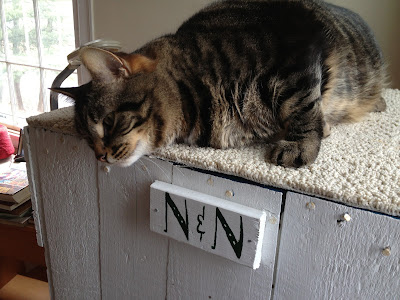 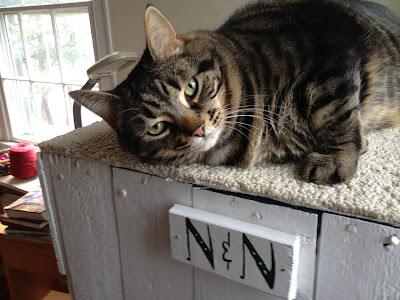 It even has carpet covered STAIRS.
Hmm. 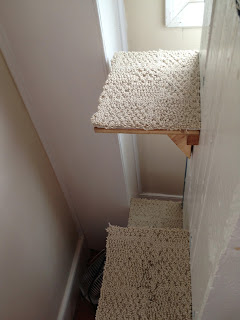 And Kizzy says: I know how to use these stairs, too. 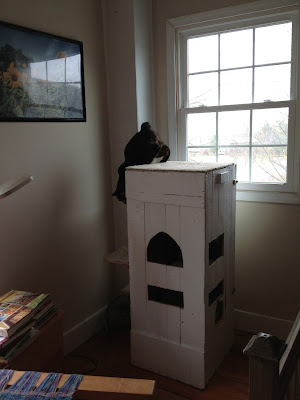 She says it is not finished.....what's next, a flush litter box?
Now there's an idea. 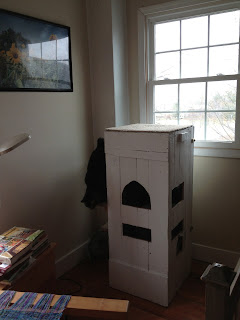 I am very impressed.

Very cute, L. It's different, too, so you may just want to get a patent on it. I'll advertise them on my blog when you are ready. :)
Glad to see the old humour is back, Hilary. Hugs

Just imagine what L could do if she actually liked cats... or you. Very sweet of her. If she ever does figure out the flush litter box, I'm hiring her!

I see a visit to Shark Tank! Very clever and thanks for the chuckle,XOXO

Love it! Maybe L should start making these to sell! They are so much nicer than what's available in the stores... :-)


L even put INITIALS ON IT???... I've never met such an enthusiastic cat hater. She really throws her all into that hatrid, now doesn't she.

i am impressed too and i know that my two wish we had the space to have such a fabulous playhouse ...

It's wonderful, and yes, there is a cat toilet that flushes itself, someone invented it. But only if you have a few hundred dollars to spare and room next to a water supply.

That is some cat house. Good on you L.

It is so nice to keep up with your blog and read that you are doing OK. A speedy recovery and many more years to you. Take care.

I love a good cat house. I made a floor-to-ceiling one years back, and my cats LOVED it. This one looks cozy.