Sometimes when I know I have a late day planned, like today, I get my lazy butt out and walk Roy first thing in the morning.
I love the dam.
Sometimes, it roars, sometimes there is no water over it at all, but today the water was just softly coming over the top.
I love the sound of it. 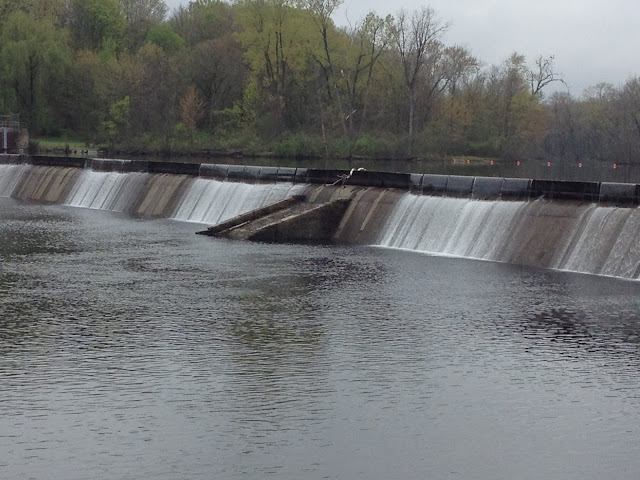 Walking Roy has become an integral part of my day. 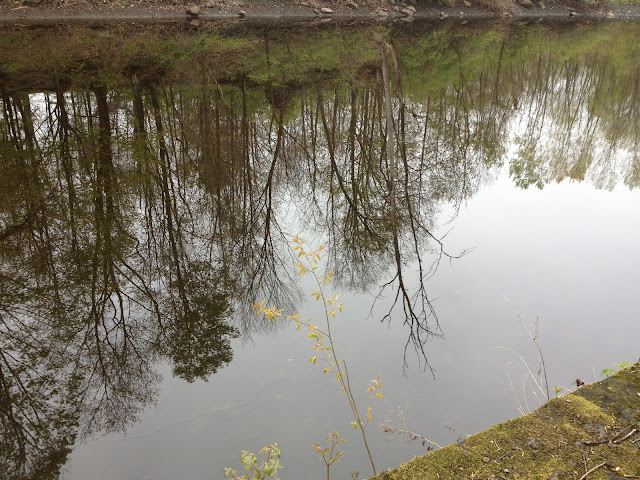 If I sound breathless, it is because Roy likes to walk "fast".
Brat.

All photos today were taken with my Iphone.  It was easy, and HH ruled.

At the studio, we got right to work.  We have a couple of orders, and we have a lot of 'moving' planned. 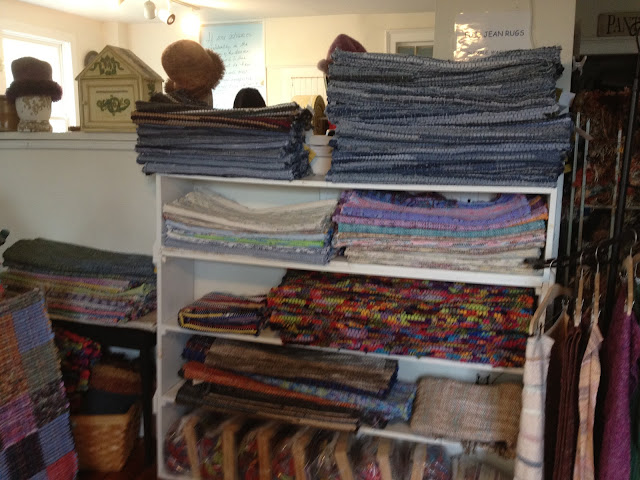 We shuffled some things around in the shop/retail area. 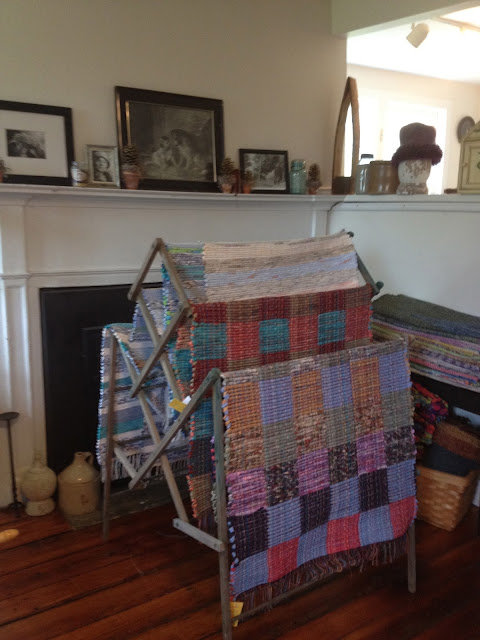 The Cranbrook is the only loom allowed in the retail area.......cause she's pretty. 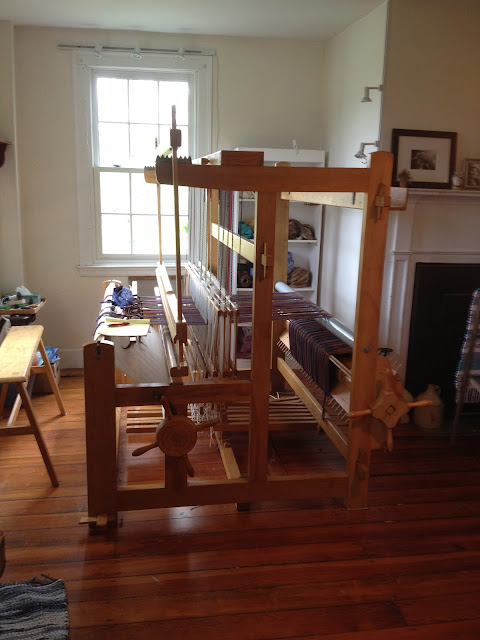 Even though we don't get a ton of street traffic, our store has to look good. 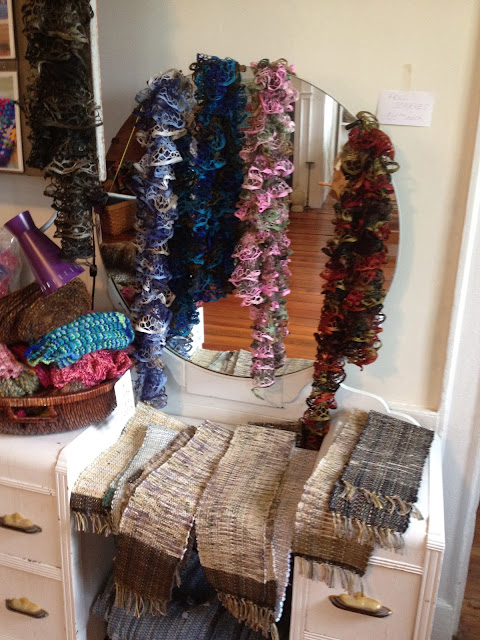 L was busy weaving a 'twice wove' order.  Kind of like  a twice baked potato.   You'll have to ask her about that.
And I was doing some  pretty boring, repetitive stuff.  Try to contain yourself, I know this is pretty riveting stuff.

Holy Lord, I like Roy. I love the serious pace he keeps. I love how he listens to every last word you say and I love his light---Cooper has one of those for when we go camping. I bet Roy would like camping---as long as he knew you were safe.

Oh, I love that dog. What a sweet boy! That light is a great idea. Fun to hear your voice and see you at work, also. :)

May I borrow Roy? I bet he'd love walking with Toonman .. he needs to walk with someone who doesnt keep stopping to take pix .. not Roy, Toonman

That Roy sure is one lucky dog!

Hello Hilary! Oh that Roy Boy--he's a honey. Not hard to tell how much he digs his walks. So sorry that HH has reared his ugly head. I wanted to let you know that the blue mat came yesterday. It's beautiful and I already have it in a place of honor and am thoroughly enjoying it. Thank you so much!

Love it! Sorry HH was making its presence known again. And about that cutter? Must. Have. One.

Aww, he is so cute!
I thought you would have an accent, but you sound just like you look. (did that sound strange? I meant it as a compliment).
Thank you for the walk.
:-)

Love that cutter...what is it called and where can i get one? Cutting upholstery-weight fabric into narrow strips for a rug.