Or, more to the point, HUMIDITY wave.
Boy, when it gets humid in the northeast, it is truly miserable.

Of course, if you mention that you like cooler weather, someone will about take your head off, but I can't help it, I like spring and fall much better than this.

I've been trying to keep the labyrinth weeded, and honestly, if I go out there more often, and take advantage of the meditative little walk around it, it's easy enough to pull a weed here or there.

I've  been very protective of my serenity of late.  There are many things on the horizon that could throw it into upheaval, and I am pretty focused on not letting that happen.
Walking the labyrinth does help. 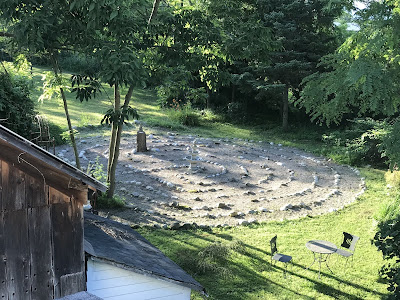 This next photo is just for fun....saw it on the way home the other day......and it cracked me up.   This guy apparently needed to park his truck, so he squeezed it in on a very tiny lawn, on a very busy road.

I was stopped at the stop sign, and just had to take a picture. 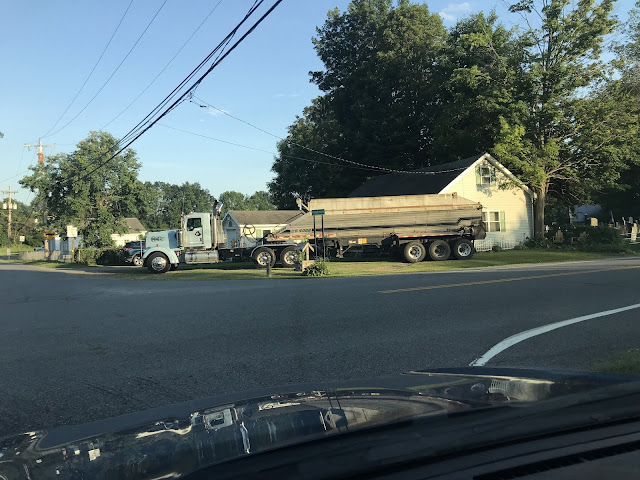 The last time that my littlest grands visited,  Dale made friends with a snail. 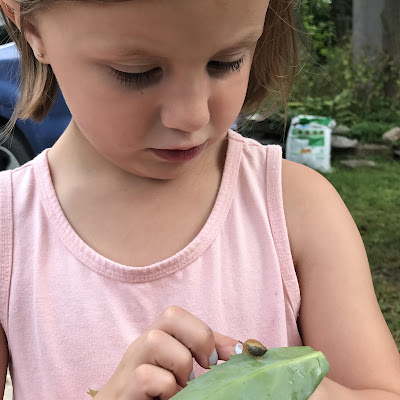 Sorry the pictures are a bit mixed up.......blogger is NOT cooperating tonight.

This is my daughter's new puppy.  His name is Percy. 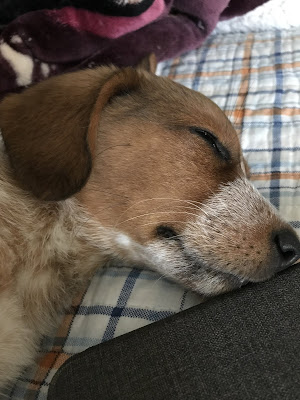 And back to the kids, Lois was kind enough to lend us this amazing hand made "digger".....and Cooper figured out how to run it in about 5 minutes.  Mimi was very helpful in providing the sand. 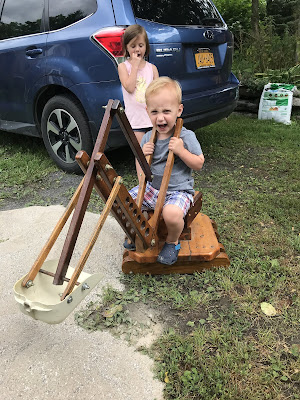 Back to the puppy, well, this little guy is beyond adorable.
I could just hold him all day long. 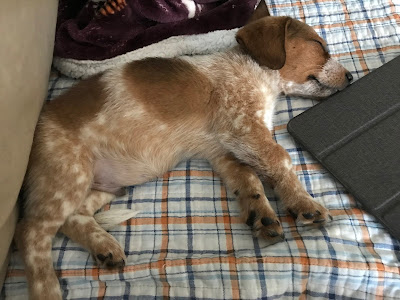 I treated myself to a new ottoman.
I have long had this really bad habit of storing everything I own on my coffee table.  I vowed many times to stop, but it was just too easy to keep loading it up.

The wooden coffee table I had there was very uncomfortable to put your feet up, so all in all, it was not the greatest set up.

So I dragged the old coffee table out, found homes for all the minutia that I had loaded on it, and here is my NEW foot rest, which I tell you is very comfortable. 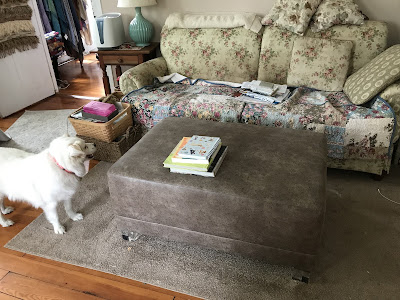 My couch was looking pretty ratty, but still very comfortable.  So until I can decide whether I want to have it recovered, or buy a new one, I went for the $40 quick fix, neutral cover. 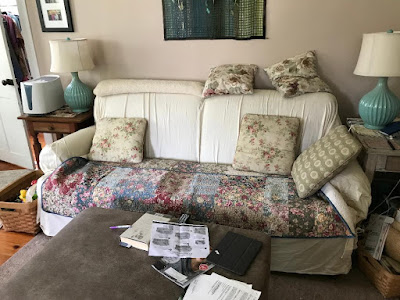 It definitely works for now.

At the beginning of the summer, I had the back of our property "deforested"......trying to keep the bamboo/aka Japanese knotweed, and the sumac, from taking over.

I figured that we could mow it with the rider, and that would be easier than trying to beat it back every single summer.

But there are roots to be cut, and stones to be dug out.  The stones, unfortunately, are like icebergs.
They look small, until you start digging.
DH thinks he is stronger than he actually is, a failing that I think befalls every older man.

He picked up a huge rock, fell over backward, and broke a rib under his arm.
So in addition to all the doctor's appointments pending, now he is in awful pain. 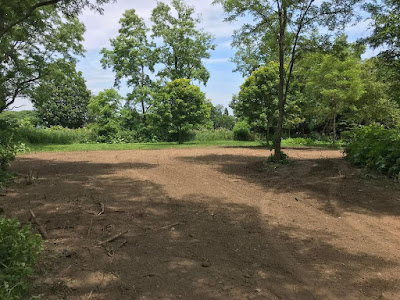 But he still wants to go out and pick up rocks.  In fact, he's out there right now!!!!

Men.  There's no other explanation.

I also treated myself to a new electric teapot.   Mine gets used several times a day, and to be honest, I just wanted this one. 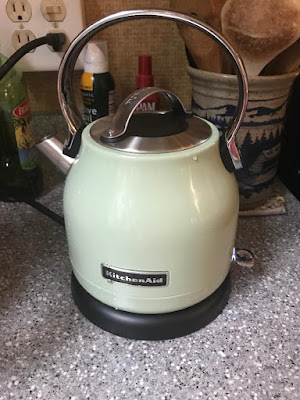 Tonight I went to Pinterest to find out what to do with the summer squash that seems to be multiplying.
I made these, and while they are called Oven Fried Summer Squash, but really, they should just be called CRACK. 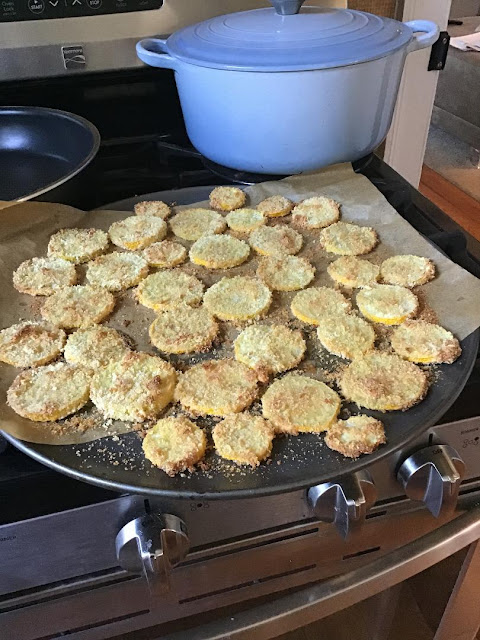 You can find it on wenthere8this.com

I will never have too much summer squash ( or zucchini) again.

I will definitely try that summer squash recipe. And I'll probably make her remoulade dip them in!