Weaving my way out of February.

Is it March yet???
Well, there's a LOT of snow out there, but when the SUN shines, it is easier, somehow. 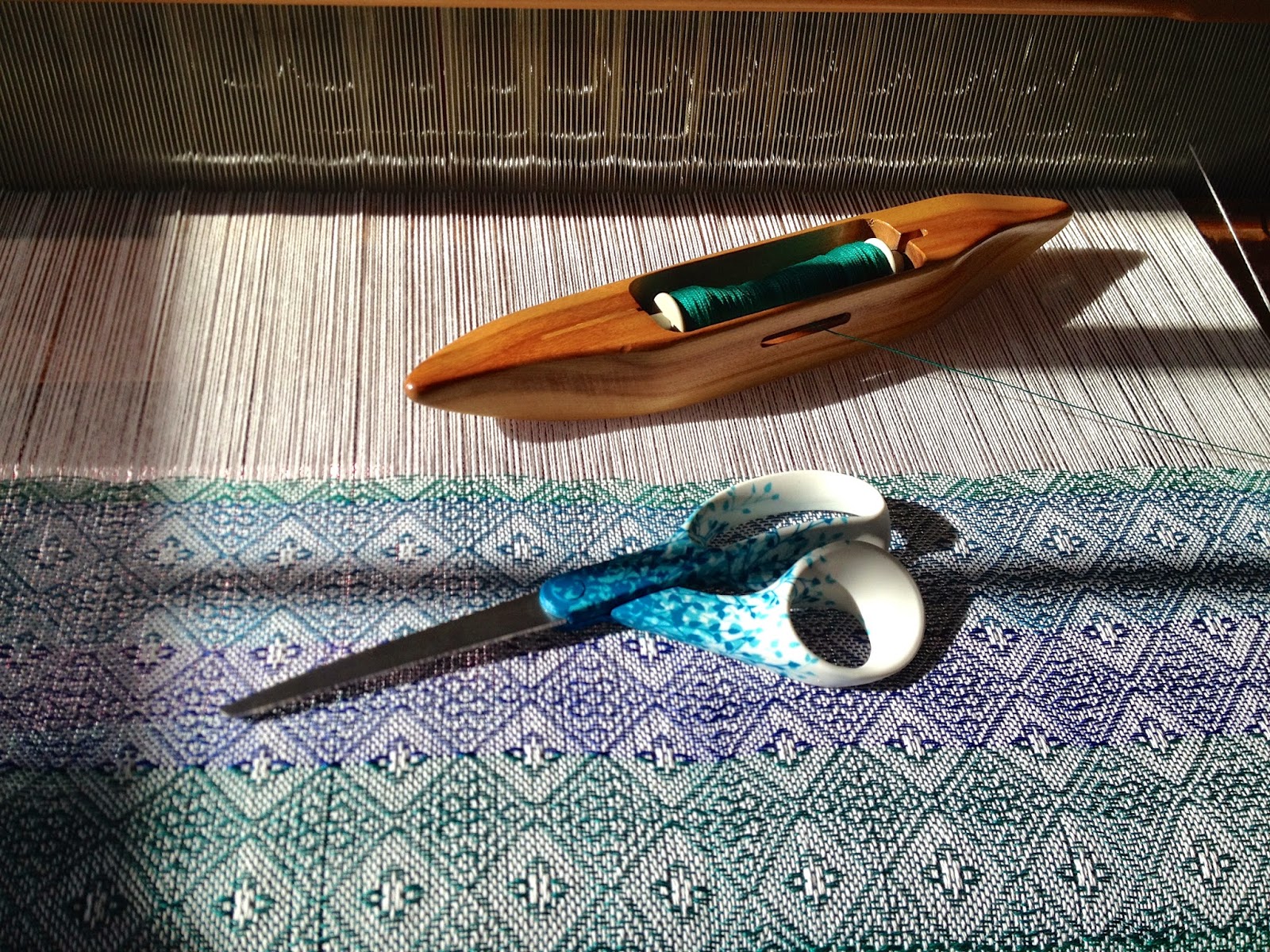 I have a LOT of warp on the AVL, which is a good thing.     It means that when the sun is shining, I have something to weave on while I soak it UP. 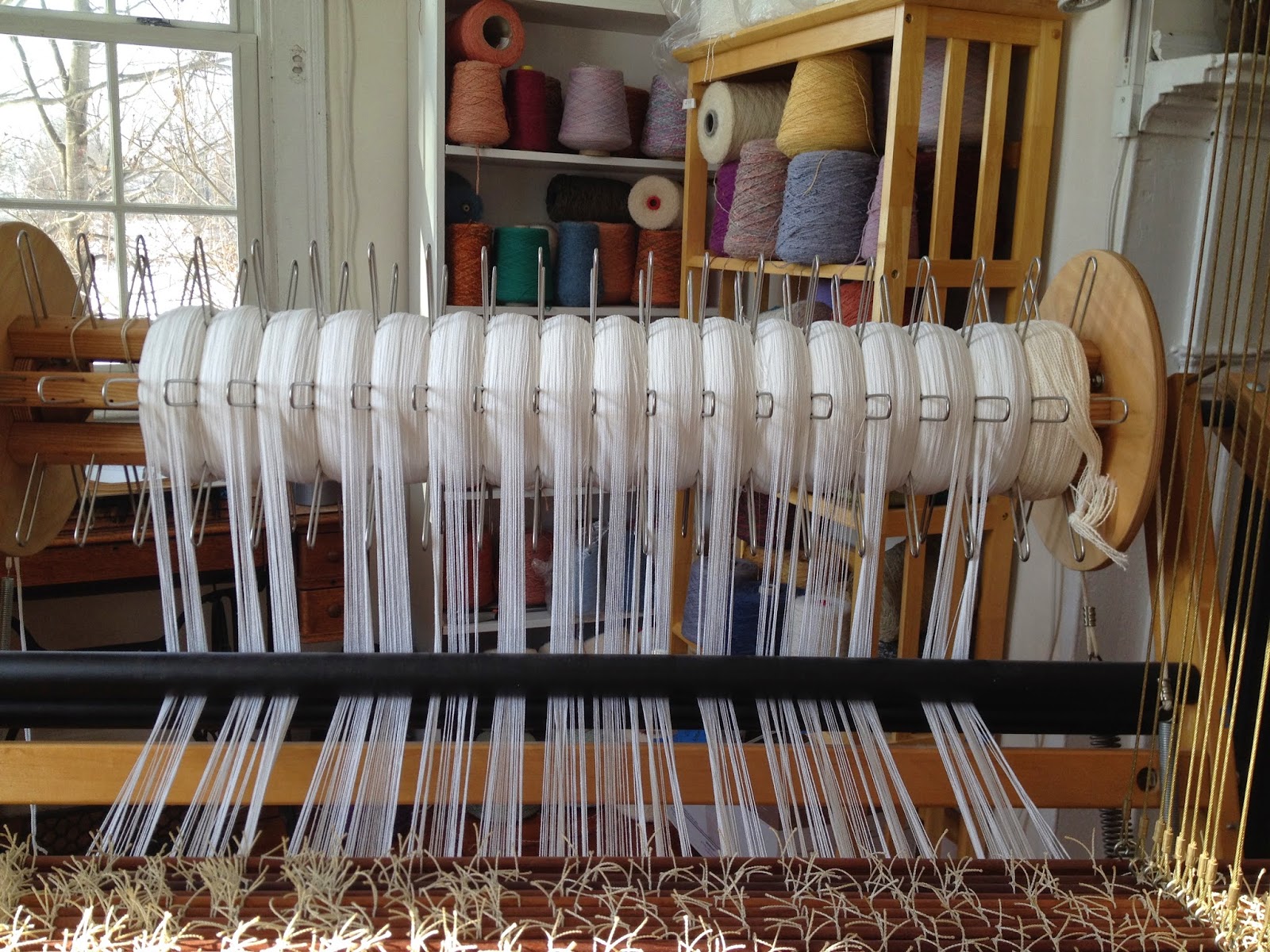 I apologize for posting and reposting pictures of my "new to me weaving space", that used to be totally wasted on retail.
But I can't help it.   I love it.
It is the coolest place to work. 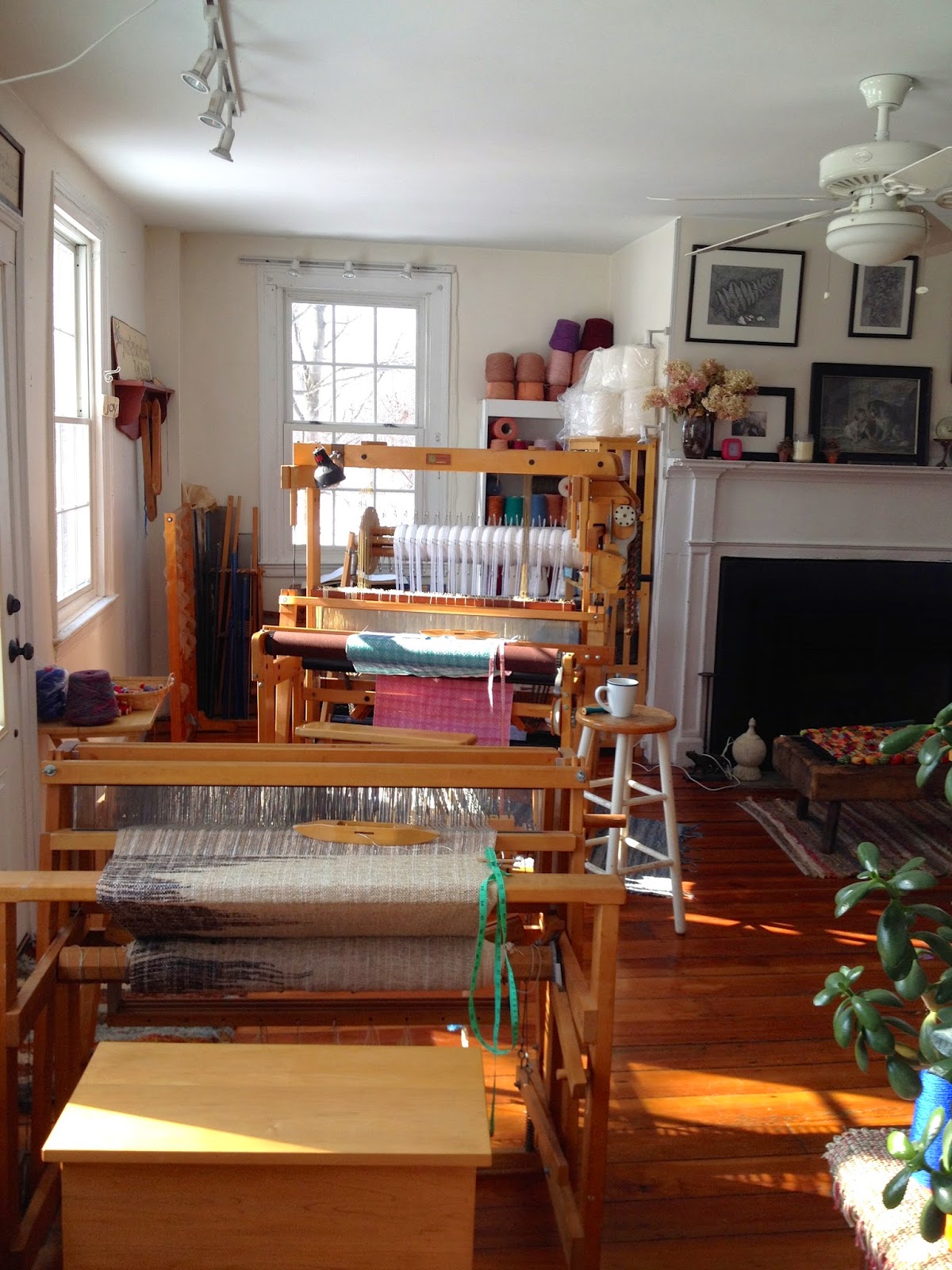 To think I used to work in a PRISON.  Yikes.
Dark, smelly, depressing.
OK, let's not go there.

I've been trying to decide how to put some plants on the new window between the rooms, without
the four cats in residence, knocking them off.
I am stumped.
Hanging plants, maybe? 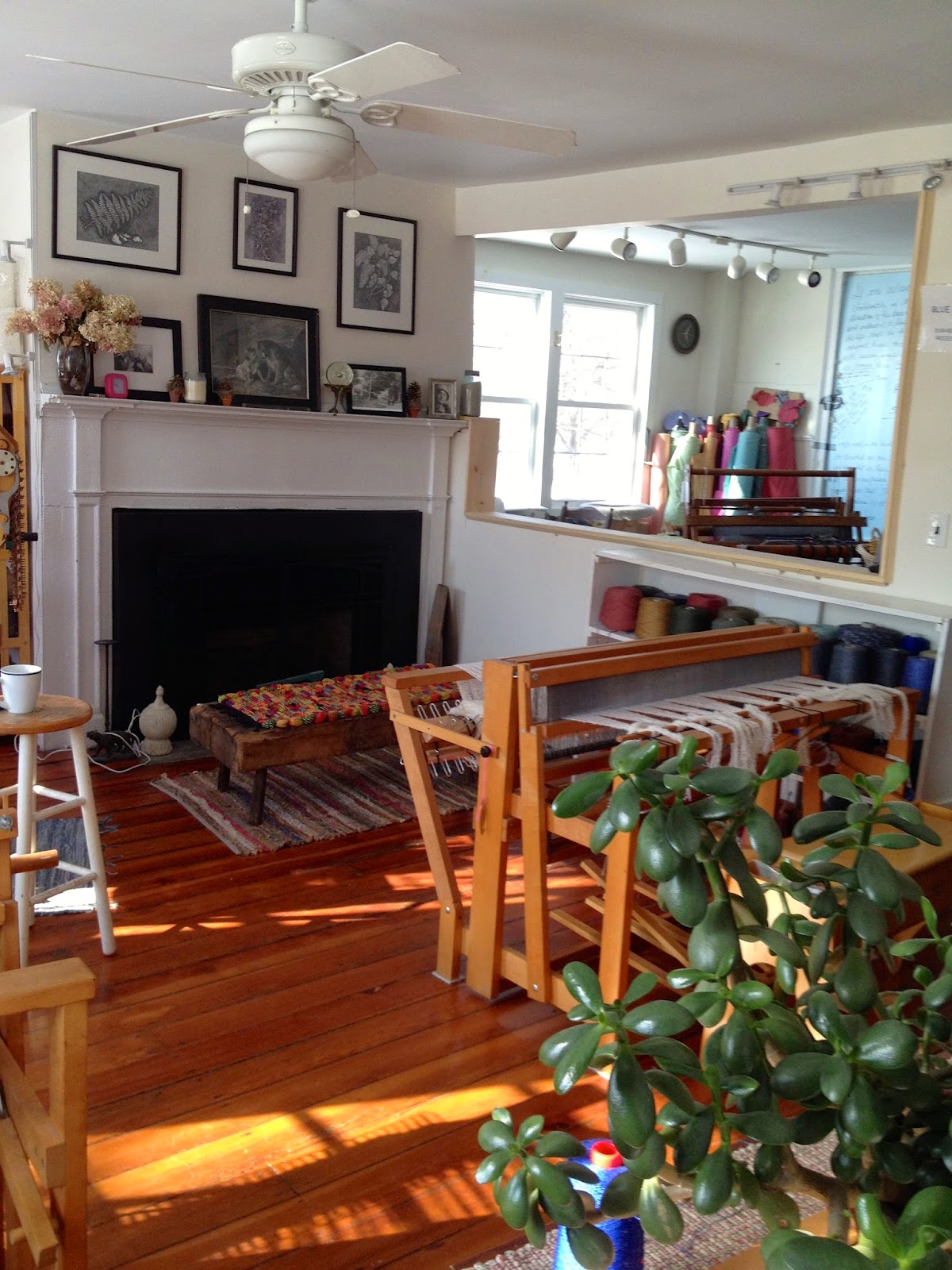 I found some cotton flake I liked, so I decided to give it a try on towels.

I wasn't sure about it though, at least not confident enough to keep weaving a bunch of towels, but Lois had a small warp on her Wolf Pup at home, so I gave her some of it to weave a sample for me. 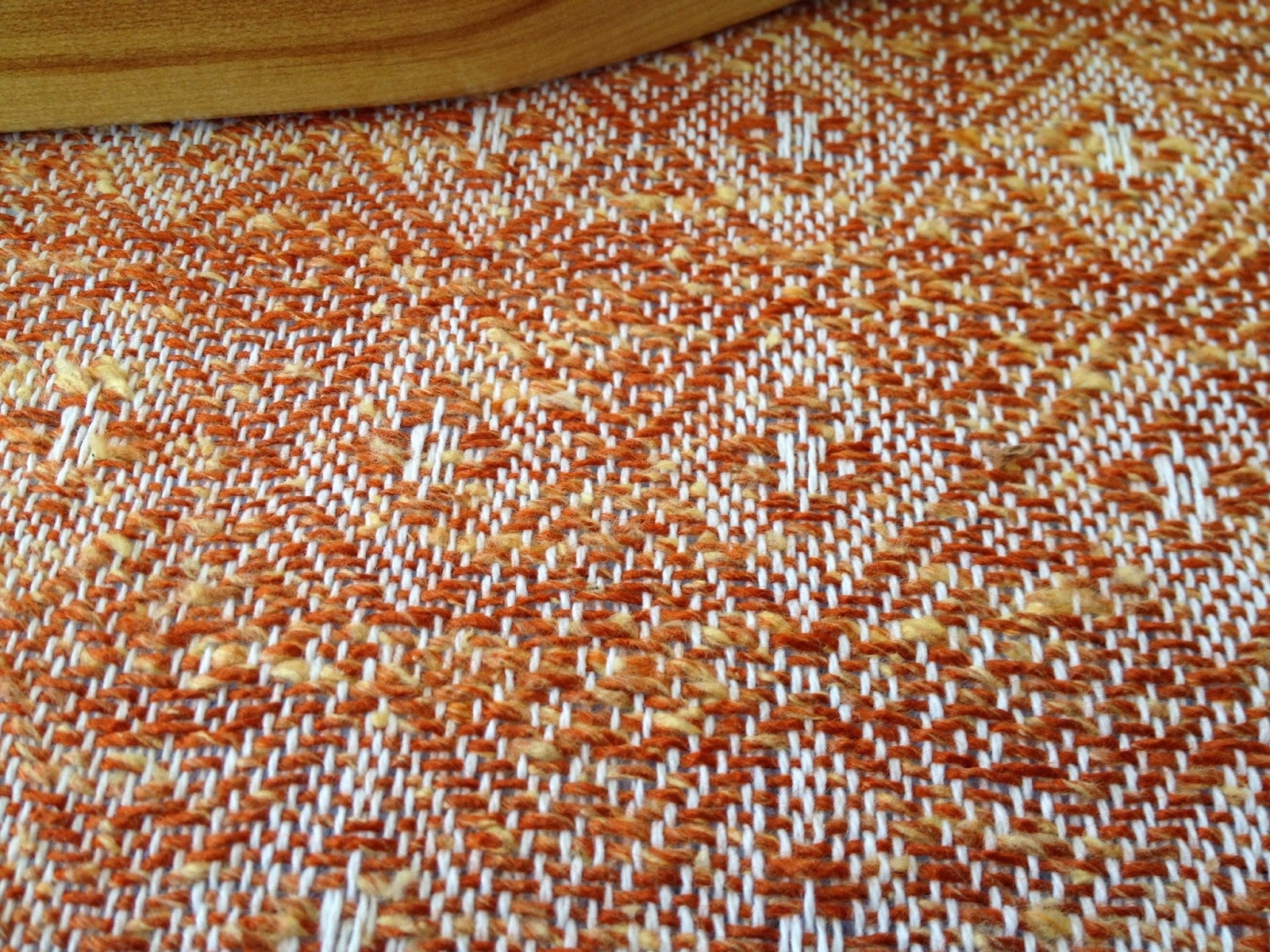 Which she did, she made TWO and she washed them  too!!!! 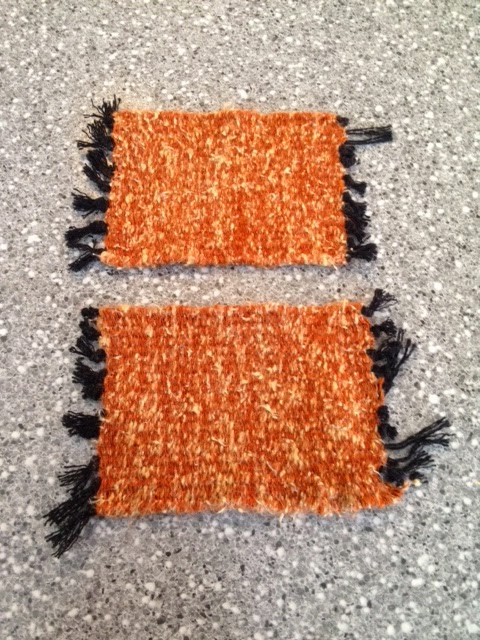 I think she is starting something......dollhouse rugs???

Then I found some variegated cotton flake,  and kept on weaving. 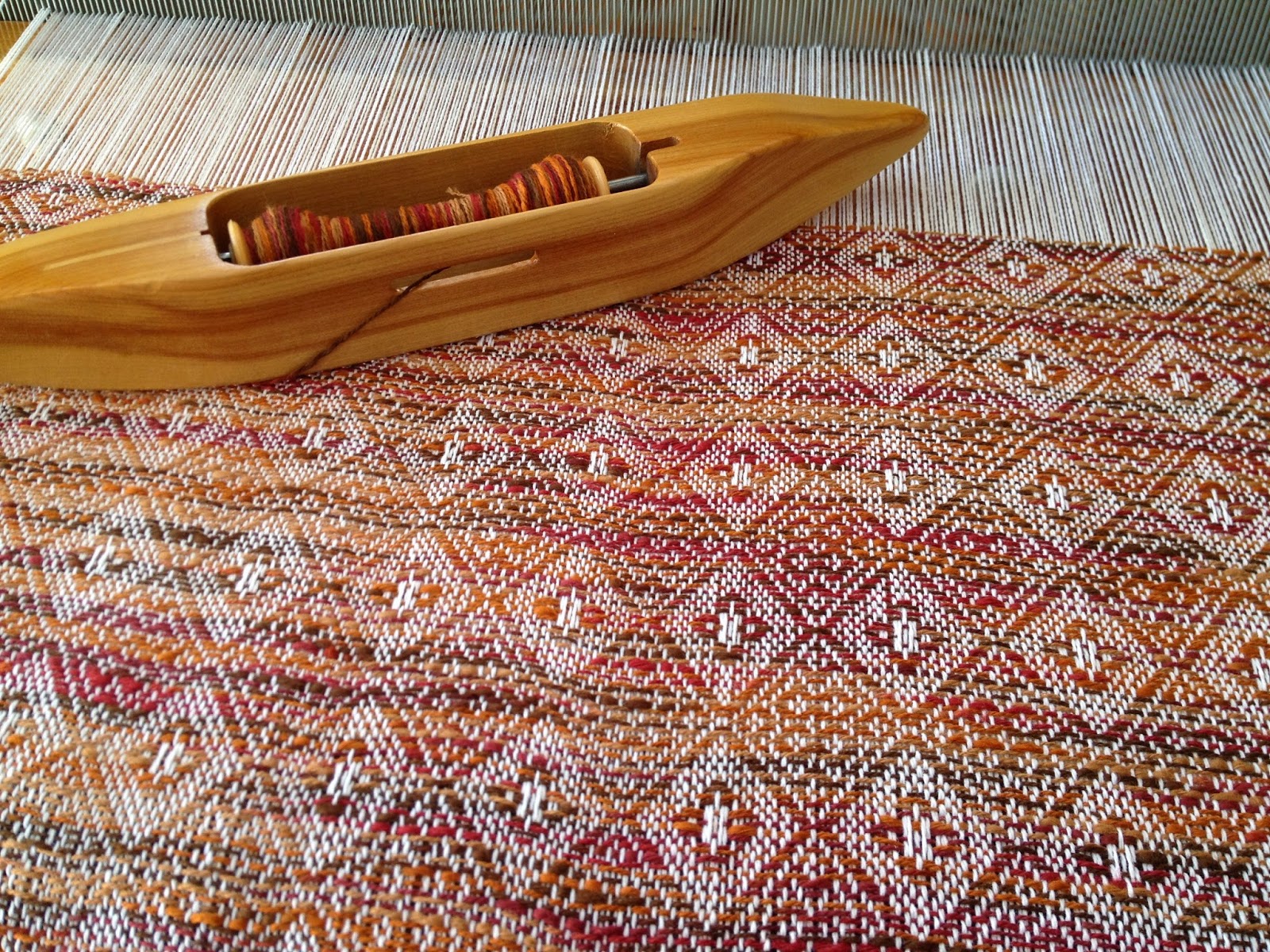 I suppose I should be sick of this pattern by now, but I'm not.
I'm still having fun, and that's what it's all about.
Gonna weave my way right through March. 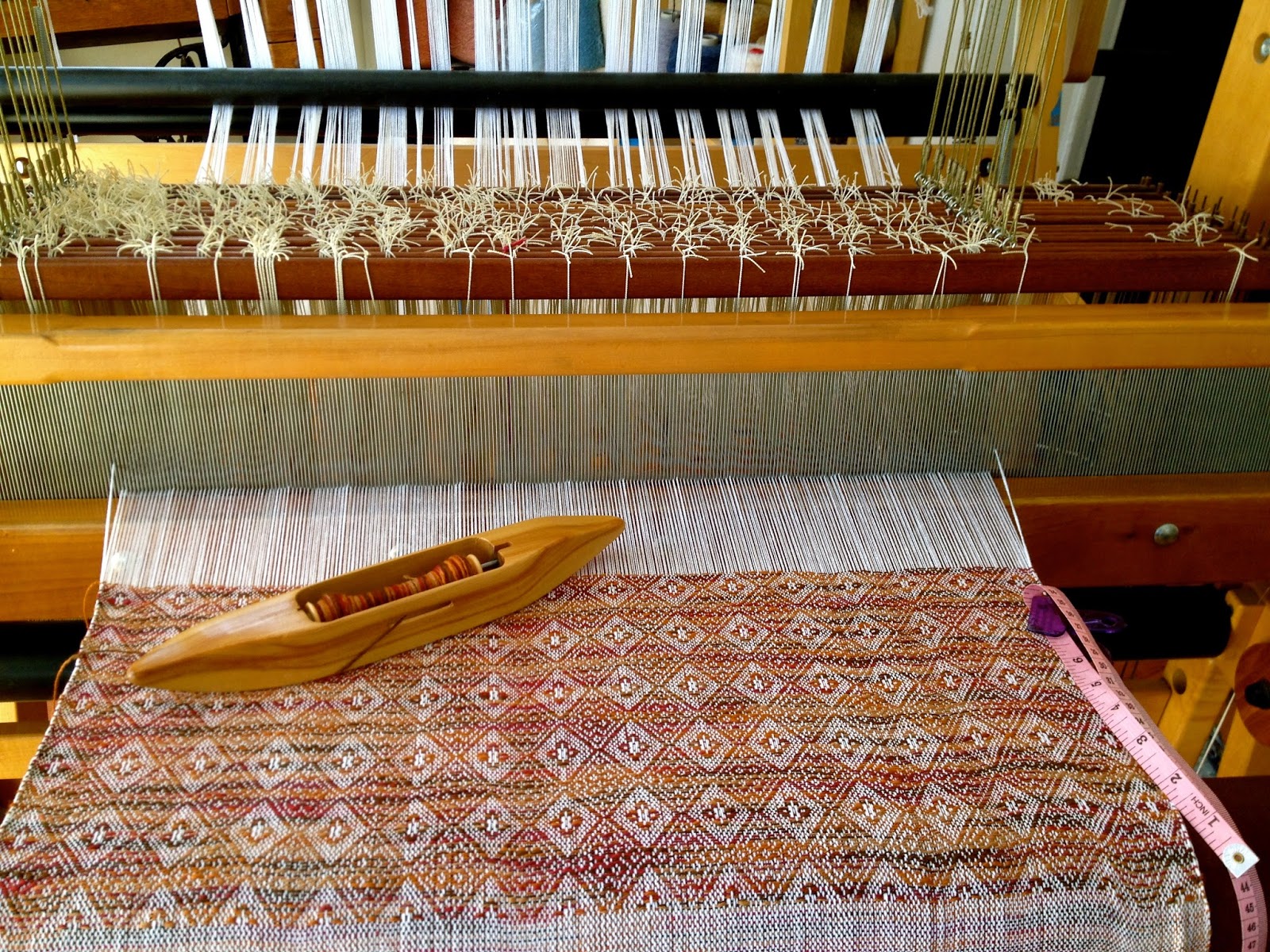 Hmmm...You just opened up that space....I understand your want/need for green in there, but maybe leave it open until you experience a season or two in there. Or, maybe you could put brackets on the side and then hang from them, rather than hanging from across the top... Right now, I am all for open spaces!

Maybe bolt down a decorative metal trough and place plants inside... could work.

I love the working space in the sun... the older I get, the more I want to surround myself with sun and plants!!!

I do not get tired of your studio pix, only a little bit jealous.

The towels are lovely, but in the last shot what's the lump on the right side as it goes over the front beam? Hopefully you saw it & fixed it before it went any further.

love the new space ... as for hanging plants .. just make sure that the plant itself doesn't hang/dangle or the cats will attempt to grab them ... i once had on a shelf a lovely spider plant .. i would turn it every few days so all the sides got a little direct sun .. one day as i turned it i noticed that the ends/tips of the leaves facing the room were all evenly bitten off .. darn cat ... so no more spider plants ...