How NOT to catch a chicken.

Finally got the gray/navy striped warp off the AVL today......40 yards.

I hemmed and washed and pressed, and there are 42 new towels done. 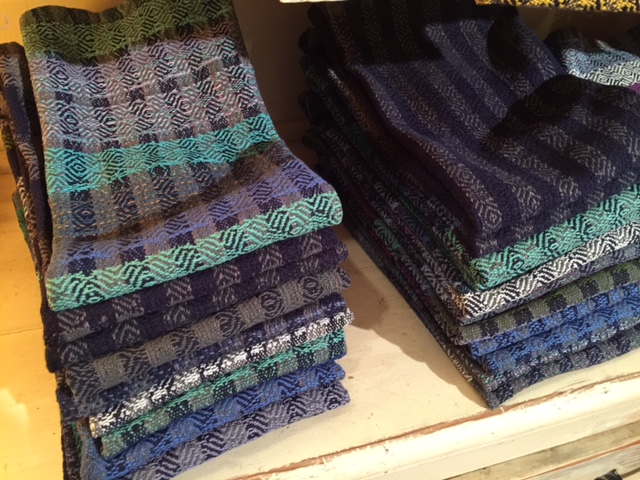 During the day I had to keep going out to round up wandering chickens.

At one point, my husband called me from his cell phone, while he was walking the dog, to tell me that another chicken was loose in the yard.
He said he tried to catch it, but he couldn't.

I said, "hmmm, do you think maybe having Roy on a leash, while chasing the chicken, MAY have encouraged the chicken to NOT get caught?????


Finally, I'd had enough.

So after Lois and I watched a You Tube video, we went out and did what I've been trying to avoid.

She held the chicken, and I clipped wings.  We did the two who kept getting out. 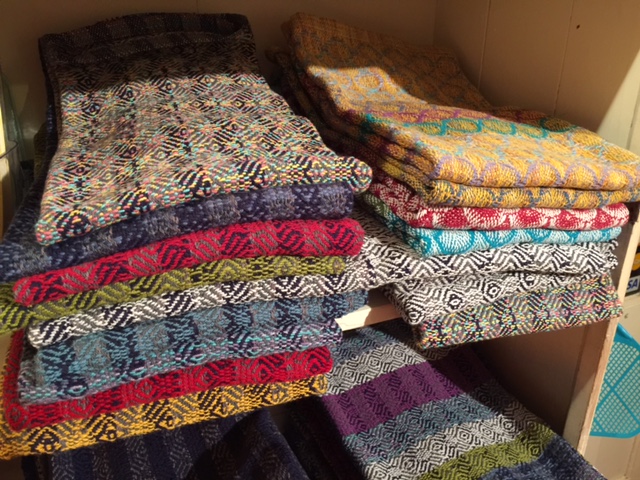 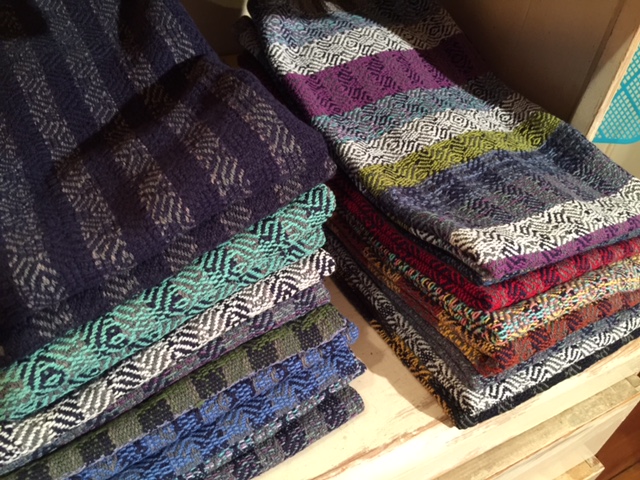 So I went out, thinking it was another of the 6 new chickens, who are light enough to flap their way over the fence.  But it wasn't.  It was one of the chickens that I'd already clipped.
So I put her back in, and before I could get around the back of the run, she was out again.
What???????

So I put her back in, and ran around the back of the coop.  I waited and watched, and finally I caught her, coming through a small hole in the fence that I had missed on inspection of the fence.

Now the AVL is ready for a new warp, and maybe the chickens will stay in.

This retirement life is so exciting.

I hope you intended to make me laugh out loud with this, because you certainly did. Houdini Chicken!

Yes, retired life is really exciting for sure. Ho hum, some of the time.

Catching chickens can be really, REALLY good exercise. Some of them are pretty determined escape artists.

You've got to be at least 5% smarter. Not as easy as it sounds.

Hi Hilary,
Next time you need to clip wings, just clip one wing. That decreases the ability to fly up and over because they'll just go in a circle back to ground.

Is every one of the towels in those photos from this warp? I see a couple that look so different from the others. Very inspiring.

Good morning, Hillary. Oh, you made me laugh! I can imagine the chase...I've chased cows, pigs, even an emu. But chickens? Nope. I don't have the speed. LOL

Your towels are beautiful! Such color. Sigh...too pretty to use.

my dad used to always say he was going to clip MY wings but he could never catch me :)

I let my chickens out if I am going to be home to watch them. They are really good about coming back in late afternoon. If there are predators around this is not good practice! I made the mistake of letting my two geese out. They don't go back in so easily. It's like herding cats...

Yeah, you do have to be smarter than the chickens. ;-) I used to have them, and they can be escape artists. Catching them in the act was the only way to find holes.